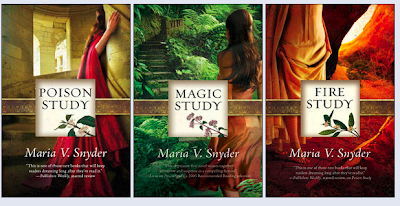 Poison Study: from the BLURB:

My future appeared to be a long twisted road fraught with knots, tangles and traps.
Just the way I liked it.

Email ThisBlogThis!Share to TwitterShare to FacebookShare to Pinterest
Labels: Maria V. Snyder, YA