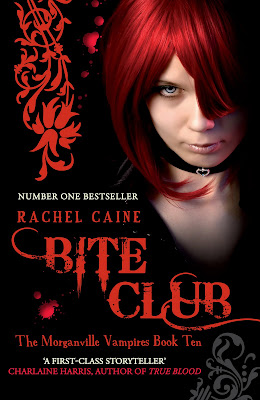 Received from the Publisher
From the BLURB:
Morganville is a quiet college town where humans and vampires live in relative peace. But lately a great deal of blood is being spilt . . .
Having survived a number of adventures with her new night-dwelling friends, college student Claire Danvers has come to realise that for the most part, the undead just want to get on with their lives.
But someone else wants them to get ready to rumble.
There's a new extreme sport being broadcast over the Internet: bare-knuckle fights pitting captured vampires against one another – or, worse, against humans. Claire soon discovers that what started as an online brawl will soon threaten everyone in Morganville. And if they want to survive, they'll have to do a lot more than fight . . .
Welcome to Morganville, Texas. You can check-out any time you like, but you can never leave!
The little vampire town of Morganville has been through a lot in recent months. Between an old vampire called Bishop pulling a coup, a super computer trying to destroy the town and general vampire mayhem, its residents are just trying to get back on their feet and back to (relatively) normal.
Town fonder, Amelie, has promised locals that Morganville will change. Humans will no longer be treated as walking-snacks, vampires will not have free reign and open communication between vamps and humans will be encouraged. So when a vampire called Vassily opens a gym, promising vampire self-defence classes for humans, things really do seem to be changing for the better in Morganville.
But for Claire Danvers, all these small-town revolutions are amounting to a lot of trouble. Her boyfriend, Shane, has joined the gym and seems to be more violent and anti-vampire than ever. Shane is even turning on his best friend, Michael, and accusing him of a master-race conspiracy. Not to mention there’s a mysterious, haggard vampire running around town, right around the same time that one of Claire’s classmates is found bloodily murdered in his dorm room.
Morganville was supposed to be changing, for the better . . . but all signs are pointing to much of the same.
‘Bite Club’ is the tenth book in Rachel Caine’s revered YA paranormal series, ‘Morganville Vampires’. And once again, Rachel Caine delivers a heart-palpitating novel of utter paranormal brilliance.
This book is a game-changer in the ‘Morganville’ series. There’s a lot happening in this instalment, both big changes to the town structure of Morganville and transformations amidst the awesome-foursome of Claire, Shane, Eve and Michael.
The book begins with a murder. One of Claire’s lab-partners from Texas Prairie University is found brutally stabbed in his dorm. Claire knows for a fact that this student had done something to incur the wrath of the vampires, and can only assume that he paid for the indiscretion with his life. Thus begins Caine’s investigation into the changing face of Morganville. Following the events of previous books, in which the town was under threat from Bishop and Ada, it looked as though Amelie and all the local vamps were keen for a positive change. In ‘Bite Club’ we read just how much (and how little) Morganville lore has changed. . .
Amelie is, for the first time in a long time, observing how well the experiment of Morganville has turned out. This town was always a test – a way to see how well vampires and humans could co-exist. To say there have been problems along the way is a massive understatement. In ‘Bite Club’ Amelie is seriously considering what to do with the information thus gathered . . . has anyone, vampire or human, learnt anything about co-habitation? Is Morganville worth the effort? These are all big concepts for ‘Morganville’– the entire series is hung on the concept of experimentation between human and monster. Everything hinges on Amelie’s decision about the town . . . and things are exacerbated by a string of brutal coincidences that can lead to only one frightening conclusion;

Amelie bent towards him very slowly and said, “My hateful father never had a better student than me, Myrnin. And I will kill him, but I’ll do it in my own time. Don’t tell me what to do, or I might find it necessary to remind you that I am the Founder of Morganville. Not you.”
“I never forget,” Myrnin said in a choked whisper. “Certainly not with your nails in my throat. They’re quite an excellent mnemonic device.”

‘Bite Club’ is also a revolutionary instalment in the series for what Caine explores in the friendship and relationship dynamics of Claire, Shane, Eve and Michael. For the first time in the ‘Morganville’ series, Caine offers dual-perspectives – switching between Claire’s POV and Shane’s. I was initially a little unsure about this switch-up, but as the story progresses and disturbing events unfold, I realized that we needed Shane’s words. We absolutely had to understand his transformation from the inside out. Because in ‘Bite Club’ Shane shares uncomfortable truths, he takes a good look at himself and doesn’t like what he sees;

Claire looked up at me, worry and anger on her face, and for the first time, I saw myself reflected in her eyes. I saw what I was doing.
I knew that look. That face. I'd seen it throughout my childhood, when Dad came stumbling home from the bar. I'd seen it heavy-duty industrial strength after Alyssa died, twenty-four/seven.
Oh, God. God.
It was like some curtain got snapped back, flooding my insides with light, and I didn’t like what I was seeing in myself, not at all. Fighting was one thing. But this... this was something else. This was me becoming what I never wanted to be.

Shane has always been violent. For the most part, his brutality is just beneath the surface, only ever revealed when an innocent or someone he loves is provoked and needs defending. But in ‘Bite Club’ Shane is transformed – he’s constantly angry and violent, and his temper is just a wrong-word away from being unleashed. This is the most fascinating character exploration Caine has ever undertaken. Be warned, Shane’s change is disturbing and heartbreaking. Claire bears the brunt of his flipped-personality, and it’s incredibly hard to read their idyllic relationship come crumbling down. But Shane needed this exploration. Fans needed to know the reasons for his anger, and we needed to read his awareness of those origins. Yes, this character-arc is difficult to read, but it’s also incredibly fulfilling.
I can’t give anything away, but Eve and Michael have their own transformation. This is HUGE and will incite squeals . . . seriously; I can’t wait to see how this plays out in future books. Amazing!
This is the tenth book in Caine’s ‘Morganville’ series – and she certainly delivers a revolutionary novel for this decade-instalment. Expect big changes – both to the town and beloved characters. Claire and Shane experience an emotional upheaval. Michael and Eve have big plans ahead. And the fate of Morganville resits entirely on Amelie’s shoulders . . . ‘Bite Club’ is a game-changing instalment, and I can’t wait to see what Caine has planned.
5/5 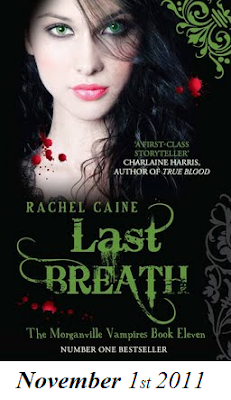