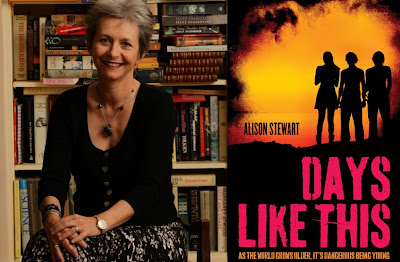 As I post, the London riots rage on - with the thuggery spreading like a disease across Britain. So it's little wonder that I, and many other readers, have become so enamored of the Dystopian genre - when life imitates art and current events seem to have already sunk humanity into the bleak.

This is why I am so intensely curious about Dystopia,and why I read the genre voraciously - because its authors take measure of the world and wonder 'what if?' in an endlessly fascinating social science experiment.

I found this to be especially true of Alison Stewart's new YA Dystopian, 'Days Like This'. In the novel, Stewart explores environmental ignorance, tyranny, human vanity and distorted history. It was such a complex and compelling book that I was thrilled at the chance to pick her brain on everything from South Africa's apartheid to the novel's historic roots.

But don't worry, as much as Dystopia explores the dregs of humanity, it's also a genre about speaking out, fighting back and standing up for what you believe in. There's hope for humanity yet.

It is my great pleasure to present to you - Alison Stewart!


Q: How long did it take you to write ‘Days Like This’, from concept to final manuscript?

If Days Like This were a human baby, it would have been a super long pregnancy! Looking back over my notes and various drafts, I began thinking about it about nine years ago and writing it soon after that. I was also struggling with an adult book and various journalism projects, so Days Like This, which has endured a few name changes - Beyond the Walls, The Memory of Water and Water Moon - was a stop-start affair. It also began as a book for adults and has had to be substantially rewritten. You always worry when this happens that it will lose any flair it had, but I hope not! 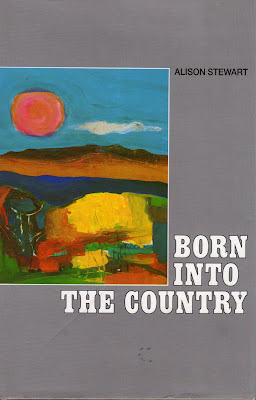 I entered my very first manuscript, Born into the Country, into a writing competition. It was shortlisted and published in South Africa, where I grew up. It was inspired by the life of South African black consciousness leader, Steven Biko, who was killed by the apartheid regime. Days Like This had a similar, though more convoluted, genesis. Quite a few publishers read and rejected it. Finally, a friend suggested I enter it into the 2010 Amazon Breakthrough Novel Award, which is a worldwide competition. It was one of the three YA finalists and Penguin Australia’s Jane Godwin signed it for publication here. I think the moral of the story is probably to enter your writing into as many competitions and awards as possible. 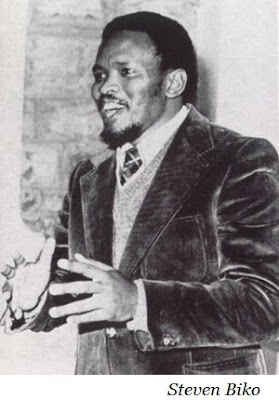 Q: ‘Days Like This’ is a novel that has its Dystopian roots entrenched in human vanity and environmental ignorance – why are these two subjects so important to you?

I think those two issues – human vanity and environmental ignorance – are consistent with the broad dystopian themes that deal with the rise of the individual and the collapse of community. There’s nothing wrong with individualism, but if it is rooted in a kind of savage materialism which finds form in the pursuit of power for the few at the expense of the majority, that’s when societal rot may set in. It does concern me that the gap between super rich and poor is widening so rapidly. Add to this mix environmental devastation thanks to a combination of resource stripping and climate change, which vested interests love to deny. Outcomes could be grim as the powerful take control of limited resources like water, food and fuel. Days Like This deals with this scenario and takes it further. British historian Lord Acton said that “Power tends to corrupt, and absolute power corrupts absolutely”. When people think they’re all-powerful, they might also think they are invincible, even immortal. This is another issue that’s explored in Days Like This. 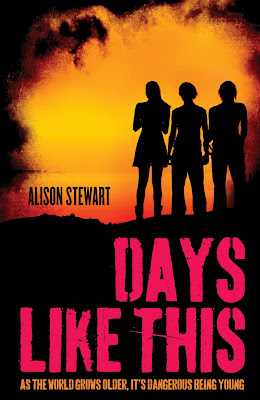 Q: ‘Days Like This’ has echoes of history. The Wall surrounding Sydney is reminiscent of Berlin in 1961, and the Blacktroopers conjure images of Hitler’s SS. You grew up in South Africa during apartheid – so is it fair to say that having lived a little slice of dictatorial history influenced your novel’s fascist themes?

Yes, that’s very true. Growing up under apartheid meant people were always afraid. The state wielded complete control, using its secretive and brutal Bureau of State Security (BOSS) to intimidate anyone who opposed it. Like BOSS, Hitler’s SS and East Germany’s Stasi, those who hold power undemocratically must use dictatorial methods to retain control. In Days Like This, the Central Governing Committee represents the fascist state and the Blacktroopers are the enforcers. The Wall is a physical barrier to control the population, including those considered “privileged”. The point here is that everyone suffers under fascism, even the fortunate, because, in benefiting from a brutal regime, you risk losing what is ultimately most important: your humanity. (Try and see the film The Lives of Others for a fantastic portrayal of the harm inflicted on both Stasi perpetrator and victim.) 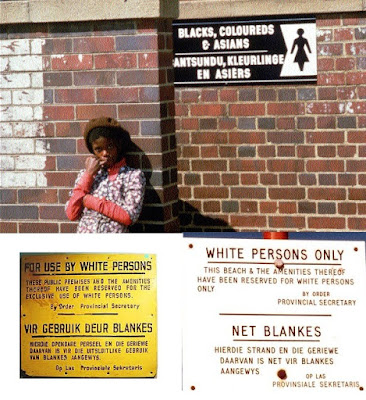 Q: Were you already a fan of all things Dystopian, or did you start reading and writing in the genre after you had the idea for ‘Days Like This’?

When I wrote this book, the term “dystopian” to describe a fictional genre wasn’t as widely used as “speculative”. So I thought of Days Like This as “speculative”, along the lines of some of my favourite books - Margaret Atwood’s Handmaid’s Tale, Lois Lowry’s The Giver and more recently, Kazuo Ishiguro’s Never Let Me Go and Cormac McCarthy’s The Road. I’ve always been interested in books where the protagonists are faced with a disintegrating world slightly removed from reality (rather than hard-core science fiction which I find harder to relate to) and must use their initiative to survive. I like Australian writer Sylvia Kelso’s description of dystopian and speculative fiction. She calls it “the literature of ideas” and I think that’s spot on - the great “what if?”

Q: Dystopia certainly has its claws in the Young Adult readership at the moment. Why do you think this genre is commanding the reading marketplace?

Today’s young adults have grown up with a range of sophisticated technology. It saturates our world with information about big, seemingly insoluble issues. The internet and all forms of our media feature alarming stories about political unrest, wars, riots, geological disasters like earthquakes, global warming, famine, droughts and economic meltdown. Look at the current British youth riots, which probably have something to do with the fact that the richest 10 per cent are now 100 times better off than the poorest and where it is becoming harder and harder to move out of your social class. From an early age, we witness devastation in technicolour and it can be traumatic. I think dystopian fiction allows young adult readers to not only explore confronting themes safely but also to feel empowered through the actions of characters of a similar age. Suzanne Collins’ Hunger Games trilogy featuring feisty sixteen-year-old Katniss Everdeen provides a perfect example of how one small, disadvantaged person can survive with humour, courage and determination in a brutal, post-apocalyptic world. 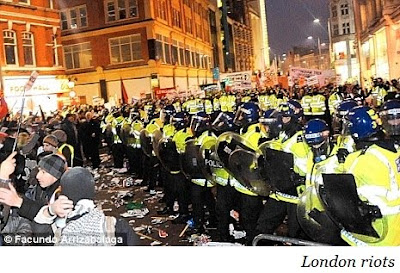 Q: Some people may be disturbed by Dystopia’s bleak outlook and harsh lessons. But there is merit in a genre that explores the dregs of humanity and compels individuals to rise up against the hopelessness. What do you hope your young readers take away from ‘Days Like This’?

If people are disturbed by these things, perhaps that’s not such a bad thing. Our world is complicated and it doesn’t hurt to think about decisions our world leaders are making on our behalf, decisions that may have disturbing consequences. Readers are free to explore social possibilities through dystopian fiction and consider big moral issues like the distribution of power and the consequences of excess materialism. I recently read an article where the writer said that “Australia has become a selfish nation addicted to an unsustainable lifestyle, paid for by stealing resources from our children”. Days Like This explores exactly that – what might happen if the world continues down that path. I’d love it if readers thought about that. 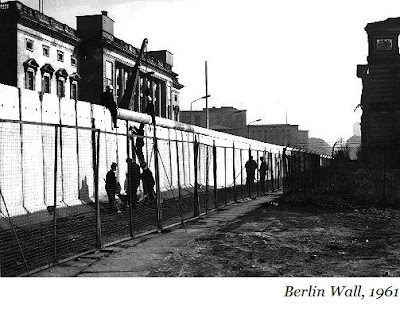 I purposely left the ending open as I’d really love to write a sequel, even a series. Perhaps this is why some people have found the ending frustrating or oversimplified.

Q: You’re currently working on a memoir titled ‘Cold Stone Soup’. Can you tell us a bit about this?

It’s about growing up under apartheid in South Africa. Like most other privileged white children of the times, I was completely unaware of what was going on, but gradually I, like many others, woke up to the immorality of the system. 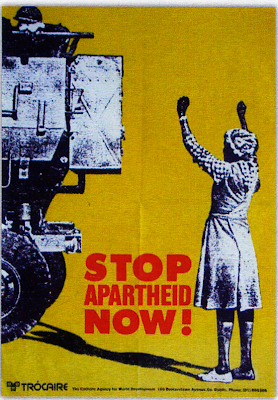 Q: Favourite book(s) of all time?

I have hundreds of favourite books but if I have to single out some, here they are: Rose Tremain’s Music & Silence, MJ Hyland’s Carry Me Down, A.S. Byatt’s Possession, Shirley Hazzard’s Transit of Venus, J.M. Coetzee’s Waiting for the Barbarians, Olive Schreiner’s Story of an African Farm, Martin Boyd’s The Cardboard Crown, Peter Hoeg’s Miss Smilla’s Feeling for Snow, Doris Lessing’s The Grass is Singing, Janet Frame’s To the Is-land, Jessica Anderson’s Tirra Lirra by the River, Tim Winton’s Dirt Music, E. Annie Proulx’s The Shipping News, George Eliot’s Middlemarch, Kerry Hulme’s The Bone People, Lian Hearn’s Across the Nightingale Floor, Yann Martel’s Life of Pi, Barry Unsworth’s Sacred Hunger, Paul Scott’s Staying On, Frank Herbert’s Dune, Phillip Pullman’s His Dark Materials trilogy, Victor Kelleher’s Taronga and Parkland series, Richard Adams’ Watership Down, the books I’ve already mentioned earlier in the Q&A, This is fun; I could go on and on. Better not.

Tolkien, Dickens, George Eliot, Edith Wharton, Henry James, Jane Austen for some of the classics. For contemporary writers, I look forward to new books by Kazuo Ishiguro, Aravind Adiga whose fantastic debut novel was The White Tiger, Lauren Beukes who won the 2011 Arthur C Clarke Award for Zoo City, Tim Winton who writes so beautifully about place, Geraldine Brooks – I loved her Year of Wonders, Cormac McCarthy and anything by Ian McEwan, Arundhati Roy, Meg Rosoff, Jeffrey Eugenides, Alan Hollinghurst and many more.

Don’t be afraid to write and keep writing, but also don’t be afraid to edit. Don’t be put off by rejection – easier said than done! It goes without saying that you should read widely and when you come across something you love, take note of how the author has achieved this. And as I said earlier, enter your writing in competitions. You never know your luck!

Email ThisBlogThis!Share to TwitterShare to FacebookShare to Pinterest
Labels: Alison Stewart, interview, Q and A