Interview with Dianne Blacklock - author of 'The Secret Ingredient' 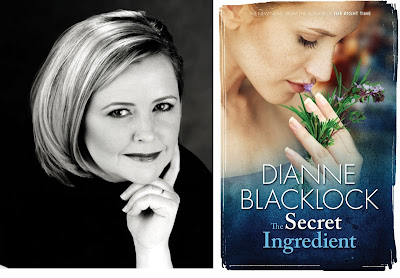 I recently read my very first Dianne Blacklock book, 'The Secret Ingredient', and I was blown away! Ms Blacklock knows that the way to a chick-lit lovers heart is through her stomach ... so I was thrilled at the chance to ask her a few questions (particularly about a certain Pommie head chef!)

Without further ado - the lovely, Dianne Blacklock! Woo-Hoo!!
♥
Q: How were you first published, agent or slush pile?
Slush pile! I’ve never had an agent here in Australia. They really do read all the submissions, folks, I wouldn’t be here if they didn’t!

Q: Where does writing begin for you – with characters or plot?
It begins with a smidgen of plot, that is, the idea, but then I have to get the characters right. Once I have them established, they pretty much take over the plot anyway. 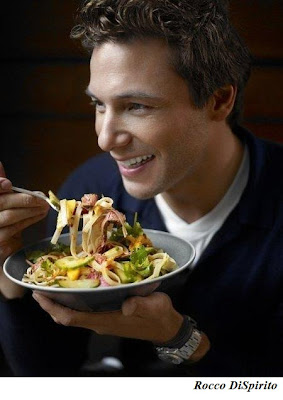 Q: How long did it take you to write ‘The Secret Ingredient’, from idea to final manuscript?
Probably in the vicinity of six-seven months, that is to complete manuscript, which is only the first submission to my publisher. The editing and proofing stages add another few months.

Q: Are you a plotter or a ‘pantser’? – That is, do you meticulously plot your novel before writing, or do you ‘fly by the seat of your pants’ and let the story evolve naturally?
Haven’t come across that expression before, ‘pantser’, but I love it! I’m probably somewhere in between, leaning more towards a pantser. I certainly don’t ‘meticulously plot’, I can assure you. But neither am I one of those writers who has no idea where the book is going. I start with my idea, or concept, and then develop the characters around that. And then usually I come up with the ending quite early on. I liken it to planning a trip – you decide to go on a holiday, and who you want to go with, and where you want to go. Some people need to have every step planned along the way, others are happy to go with the flow, while still heading towards a set destination. 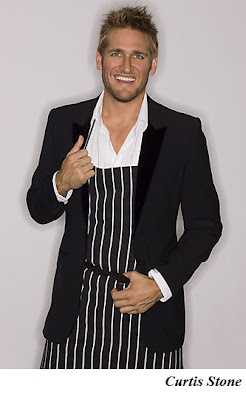 Q: A lot of ‘The Secret Ingredient’ is caught up in the current Aussie foodie trend – thanks largely to shows like ‘Masterchef’ and ‘My Kitchen Rules’. So, are you a foodie yourself – and if so, did your gourmet love come pre-Masterchef or post?
Definitely ‘pre’. I loved cooking and experimenting with food since my teens. I married young and we used to host a dinner party almost every Saturday night – I’d spend all day cooking, and I loved trying really spectacular, elaborate dishes. But once I had kids, my enthusiasm waned. Cooking a meal for six every night becomes a bit of a chore; you end up settling for the the lowest common denominator that’s still nutritious, but that everyone will eat. I’ve learned to love the hospitality side of things more, I’ve come to realise I don’t have to work slavishly in the kitchen all day to entertain friends. So these days my boys call me the ‘platter queen’.

Q: Infidelity has certainly been making the news lately. Between Tiger Woods and Arnold Schwarzenegger, people are voyeuristically obsessed with watching and reading about the crumbling of a marriage, and quite a few of your novels deal with the fallout and lead up to that moment of betrayal. What do you think are the reasons behind people’s fascination with unfaithfulness?
Perhaps it’s a fear that it could happen to any of us? I also notice that a lot of people seem to be inherently jealous, even suspicious. I would think that in a sound and happy relationship there wouldn’t be any reason to be jealous of co-workers and the like, but I see evidence of it all the time. So infidelity is one of the primary sources of conflict and drama when you’re writing about relationships. I’ve also come to realise, with age and experience, that there are usually two sides to a break-up, but if someone else is involved, the cheater is summarily dumped with all the blame. So I have generally tried to be very even-handed in my books. Having said that, in ‘The Secret Ingredient’ I wanted to write a Lothario character, because there are plenty of such men around, and I hadn’t really written one before. 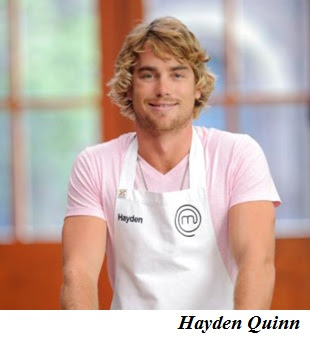 Q: Your novels are often labelled as ‘chick-lit’, if only because it rolls off the tongue easier than ‘contemporary fiction’. Does that label annoy you? What do you think is the biggest misconception about the chick-lit genre?
The label doesn’t really annoy me, as such – I agree with many authors that I don’t really mind what it’s called, as long as people read it. What annoys me is the assumptions that are made about the label, and the biggest misconception is that it’s all light fluff, very girlie, about twentysomethings drinking martinis in stilettos while they look for Mr Right. In reality, chick-lit covers an incredibly broad range of topics, from the serious to the light-hearted, and it reflects the full range of women’s experiences in contemporary life.

Q: Andie’s love interest in the novel is Dominic Gerou – a cranky but handsome Pommie head chef. Where did you draw inspiration for Dominic . . . and who is your favourite celebrity chef?
My favourite celebrity chef is sweet, chummy Jamie Oliver, so he certainly wasn’t the inspiration! I didn’t need to base Dominic on a chef, just someone who could seem arrogant, but is really only reserved, maybe even a little shy. Colin Firth kept drifting into my head, and there are worse things that living with Colin Firth in your head for a few months, let me tell you. 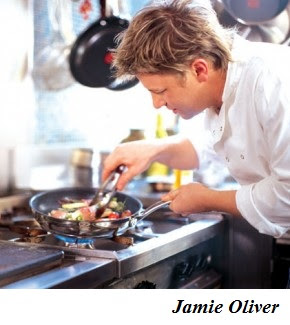 Q: Andie’s cheating husband, Ross, is practically awful in every way. Is there any worry that one of your friends or acquaintances will assume your novel’s ‘bad guy’ is based on them?
Ha! I hope not! He isn’t based on anybody in particular, though the exchange at the opening of the novel – about the current wife – took place between friends of mine, who are still together and happy. The husband reads my books too, and is all chuffed that the character is based on him. I keep telling him, ‘He’s not, you’re not going to like him … Seriously, he’s not you!’ 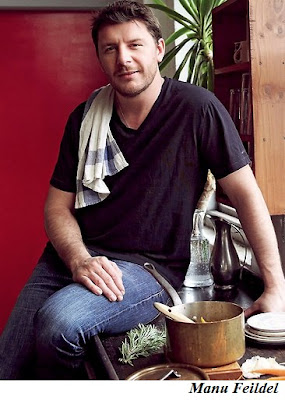 Q: You have four sons. How do they feel about their mum being a ‘chick-lit’ author, and do they read your manuscripts and give feedback?
They’re very proud, though over the years it’s become just what mum does. The older two have always read my books and given wonderful feedback – one is an editor himself now, and the other did a creative writing degree, so it’s obviously in the blood. They do admit, however, that they skip hastily over the sex scenes.

Q: What novel are you working on at the moment, and when can we get it into our hot little hands?
Sorry, it’s still a good year away, actually a little longer this time. Haven’t wanted to break it to my very loyal readers, but I have to move house in the new year, and I knew I couldn’t keep up the pace required to get another book out in a year. But it should only be a few months later.

As for the novel itself, I have started, but it’s early days yet. In a nutshell - feisty, activist single mum comes to loggerheads with the owner of a vineyard. At this stage I have only a vague idea about what’s going to happen, but that’s the fun of it!

Q: Favourite book(s) of all time?
Great Expectations, Pride and Prejudice, To Kill a Mockingbird, The Lord of the Rings, The Hours, The Corrections, Revolutionary Road, The Wonder Boys … (I could go on!)

Q: Favourite author(s)?
Not surprisingly, if you look at the list above, Charles Dickens, Jane Austen, Jonathan Franzen, Richard Yates, Michael Chabon … to be honest, there are so many writers whose work I’ve enjoyed and admire, it’s difficult to say that one, or a few are favourites.

Q: What advice do you have for budding young writers?
Read a lot and write a lot. I know everybody says some version of that, but that’s only because it’s true. And don’t be afraid of having your work edited! That’s a big one. Some people are way too precious about their writing, and are devastated by criticism, so they don’t actually listen to what’s being said. I wouldn’t have eight books published if I couldn’t listen and respond to constructive criticism. 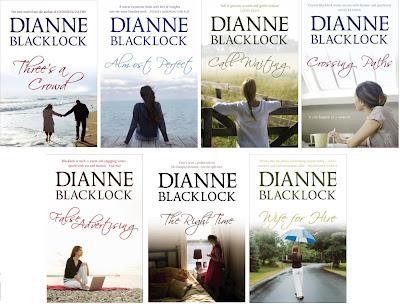 Email ThisBlogThis!Share to TwitterShare to FacebookShare to Pinterest
Labels: Dianne Blacklock, interview, Q and A