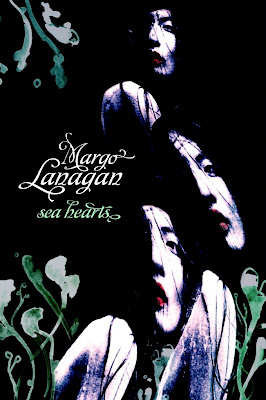 
'Why would I? People are uneasy enough with me - if I start bringing up sea-wives, they'll take against me good and proper.'
'It could be secret.'
'Could it?'


On remote Rollrock Island, the sea-witch Misskaella discovers she can draw a girl from the heart of a seal. So, for a price, any man might buy himself a bride; an irresistibly enchanting sea-wife. But what cost will be borne by the people of Rollrock - the men, the women, the children - once Misskaella sets her heart on doing such a thing?

Margo Lanagan weaves an extraordinary tale of desire and revenge, of loyalty, heartache and human weakness, and of the unforeseen consequences of all-consuming love.

There are rumours about Rollrock Island. Mainlanders claim that the small, remote island is populated with impossibly beautiful women … mams and wives with silken hair and long limbs, lips you could lose yourself in and fathomless eyes. They say these women came from the sea – conjured by a witch for the Rollrock men to bed and wed. Rumour has it that these sea-maidens wash ashore and bewitch men, stealing husbands and suitors alike.

But the Rollrock women are curious creatures. Born of the sea, they came conjured from the skins of seals. Their coats were taken by men to keep them ashore, to keep them from returning to their watery freedom.

Beware Rollrock Island, they say. You must wear a cross on your back to avoid sea-maiden temptation. And don’t send your beloved betrothed to the island for anything – for he won’t come back the same and smitten with you.

‘Sea Hearts’ ('The Brides of Rollrock Island' in the US) is the new novel from Australian author, Margo Lanagan.

This novel is absolutely divine. In ‘Sea Hearts’ Lanagan is writing a new Fairytale addition to the old Selkie legend. Scottish in origin, and supposedly beginning on the Orkney and Shetland Islands, the Selkie story concerns women who masquerade as seals (and vice versa). They are inhumanly beautiful and mystifying – in some legends they shed their seal coats and tempt men to their beds, only to vanish by daylight. In others, the mysterious women live amongst us, perfectly normal until the day that the sea’s pull is too much and they leave all behind (even children and husbands). In ‘Sea Hearts’, Lanagan weaves a far more delicious and dastardly tale about these Selkie sea-maidens …

Set on the fictional island of Rollrock, the book follows a cast of islanders as they encounter the Selkie legend of their home. Daniel Mallett is a happy young boy who collects sea-hearts for his mam to cook up. He and his other friends (all boys) play on the rocks of the island’s namesake and do their best to avoid the local witch, Misskaella. But Daniel and his friends feel a secret closing in on them … to do with the lack of girl children, and the odd barking language their mams converse in when they’re ritually bathing by the rocks.

After Daniel, the book’s narrative recedes, ebbs and flows; like the tide coming in. Lanagan takes us back to the beginnings of the Rollrock mystery, where we meet Bet Winch, a young girl whose older brother has gone missing. His new wife comes calling, looking for her Nase, needing help with the two babies they have at home. But Bet and her mother discover the young man in an abandoned cottage, holed up with an incomparably beautiful woman who smells like the enticing ocean.

Dominic Mallett was bundled off his native Rollrock Island after his da’s death. For years he lived on the mainland, and is even betrothed to a mainland girl. But he has to return to Rollrock for sentimental souvenirs, and though his fiancée is reluctant to see him venture back to the island of his childhood, he promises he will return in time for their wedding. Nothing shall keep him from her.

And then there’s Misskaella Prout – she is the book’s hinge, the beginning of the Rollrock legend and resident island witch. We meet Misskaella as a young, fat girl – living with a loveless ma and siblings as mean as snakes. The family don’t think much of Misskaella, and the villagers even less. But there is something special about this young girl … she brings the seals from the rocks. One day these great, lumbering beasts crawl to town. Their heads swivel when she passes, and they congregate around her family’s house. Misskaella is told to wear a bandaged cross on her back, to ward off the seals. Because Misskaella has a gift, and if she’s not careful, terrible things will come of her power to call.

Growing into a bitter and shrewd woman, Misskaella puts her ‘gift’ to good use, and starts calling Selkie sea-maidens from their coats, to be married to Rollrock men – for a price.


Any man seeing this maiden's lips would want to lay kisses on them; he would want to roll in the cushions of those lips, swim the depths of those eyes, run his hands down the long foreign lengths of this girl. Oh, I thought, women of Rollrock, you are nothing now.

Margo Lanagan’s novel is divine. She has written a fairytale from all sides – the witch who birthed the legend, the men spelled, stranded sea-maidens, right down to the children born of the mythological creatures. These multiple perspectives make for a delicious and fanciful tale, but my favourite was Misskaella’s. Without her point of view we may have been made to think she was simply an evil ‘witch’, just as the residents of Rollrock do. But Lanagan allows us a glimpse into Miss’s sad childhood, her weird and wonderful connection with seal magic, even exploring her own doomed fate with the Selkie magic. Misskaella is a wonderfully tangled character; almost Shakespearean for the way her own magic turns in on itself.

‘Sea Hearts’ is a divinely lyrical retelling of an old myth. A Selkie fairytale narrated by all the players – from the witch to the cursed men, the stolen sea-maidens and the cubs they birthed. Lanagan’s tale is fanciful and Gothic, hauntingly complex and utterly beautiful. 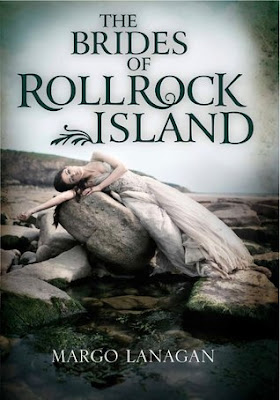