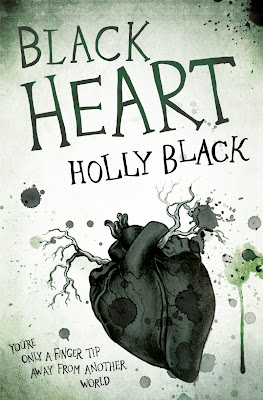 
The stunning conclusion to the Curseworkers series finds Cassel in the most dangerous con of all and with this life on the line he may be forced to make his biggest gamble yet...
Cassel Sharpe knows he's been used as an assassin, but he's trying to put all that behind him. He's trying to be good, even though he grew up in a family of con artists and cheating comes as easily as breathing to him. He's trying to do the right thing, even though the girl he loves is inextricably connected with crime. And he's trying to convince himself that working for the Feds is smart, even though he's been raised to believe the government is the enemy.

But with a mother on the lam, the girl he loves about to take her place in the Mob and new secrets coming to light, the line between what's right and what's wrong becomes increasingly blurred. When the Feds ask Cassel to do the one thing he said he would never do again, he needs to sort out what's a con and what's truth. In a dangerous game and with his life on the line, Cassel may have to make his biggest gamble yet - this time on love.

Cassel Sharpe has made a lot of mistakes in his life. Turning his childhood best friend, and mobster princess, into a white cat to save her life was one of the worst. Ever trusting the members of his con-artist family comes a close second … but by far the worst, most stupid thing he has ever done was to get involved with the Feds. But that’s exactly where Cassel finds himself, between a rock and a hard place. Caught between the love he has for a crime boss’ daughter and the deal he has struck with the Feds, to wipe his record clean and keep his paroled mother out of prison.


Cassel knows that in this world you can’t trust anybody – least of all the ‘good guys’, who often have the most to lose. Furthermore, Cassel grew up in a family of con-artist curse-workers with tentative ties to the Zacharov worker crime family – he, of all people, has the most to lose if he jumps the fence and aligns himself with the straight and narrow. The stakes are especially high in the current political climate – with Governor Patton crusading for segregation between workers and humans, fuelled by his hatred for Cassel’s mother, who used her emotion magick against him. But Patton isn’t just a problem for workers – his extremist views could potentially ruin the worker squad the FBI has initiated, and recruited Cassel for. The feds need Patton gone, and Cassel is just the transformation worker to make him disappear. . .


Meanwhile, Lila Zacharov is being pulled deeper and deeper into her role as mobster protégé, and Cassel doesn’t know how she’ll react if she ever finds out about his budding FBI ties. Not to mention she’s still angry with Cassel for the love spell his mother set on her. . . things become even more complicated when Lila’s father kidnaps Cassel’s mother, having discovered that she stole the immortalizing Resurrection Diamond from him years ago.


And then there’s the drama at Cassel’s haven of normality, Wallingford Prep. His days as student bookie may be over, but the revelations about certain students being workers are still reverberating around the school and causing problems – and Cassel’s best friends, Sam and Daneca, are still torn apart by the findings. Not to mention the strange occurrence of a beautiful classmate approaching Cassel with a plot of blackmail that stinks to high heaven. . .


I have loved this series from the start – and I went into ‘Black Heart’ with a heavy heart, knowing that this was likely to be the last time I'd be reading about Cassel & Co.


For so many years Cassel thought he was the only dead-end in a family of talented, if ruthless, con-artist curse-workers. His mother was a great seductress, and together with Cassel’s father they worked many a ‘sweetheart scam’ with the help of her manipulative emotion magick. Brothers Barron and Cassel were always embattled in rivalry, for their father’s praise and later for the hand of childhood friend, Lila Zacharov… over the years Barron has done some awful things with his memory work – the ability to alter people’s memories and replace them with new ones (at a blowback cost to his own memory) but the worst thing he ever did was on the command of their mother. Barron took Cassel’s memories of his magical ability – the rarest worker ability of them all; transformation. Cassel has the ability to transform objects, people and himself – and his family used his remarkable skills to assassinate people, for a price and unbeknownst to Cassel, thanks to Barron’s memory work. Barron even wiped the memory of the night that Cassel turned Lila into a white cat, to save her life – replacing it with the thought that Cassel had murdered her . . . .


Throughout ‘White Cat’ and most of ‘Red Glove’, Cassel really didn’t know the extent of his power. He spent so much of his childhood regretting the fact that he was the magical void in his family; made to feel like the black sheep in his family of luck, emotion, memory and death workers that when he discovered he possessed the rarest of worker talents, he was in no way prepared for the onslaught of magick. The ‘Curse Workers’ series has really been about Cassel rediscovering his entire childhood, becoming acquainted with a power he never knew he always possessed. In ‘Black Heart’, Cassel’s discovery is ramped up a notch or two – when the Feds, Zacharov and a mystery classmate all have need of Cassel’s special transformation, and conning talents.


If you want to put it into perspective – ‘White Cat’ was about Cassel ‘remembering’ the truth of what he can do. ‘Red Glove’ was about figuring out the extent of his power, and ‘Black Heart’ feels like him appreciating the gravitas of his abilities;

Now I know why people are afraid of transformation workers. Now I knew why they want to control me. Now I get it.
I can walk into someone's house, kiss their wife, sit down at their table, and eat their dinner. I can lift a passport at an airport, and in twenty minutes it will seem like it's mine. I can be a blackbird staring in the window. I can be a cat creeping along a ledge. I can go anywhere I want and do the worst things I can imagine, with nothing to ever connect me to those crimes. Today I might look like me, but tomorrow I could look like you. I could be you.
Hell, I'm scared of myself right now.

Holly Black’s series has always had a paranormal-noir feel to it. Despite the magic and YA aspect, ‘Curse Workers’ has read like homage to Hitchcock, Chandler and Hammett, never more than in ‘Black Heart’. For a start, there are lots of twisting, curving, red herring sub-plots ticking away in the background – acting as diversions and side-tracks in a literal conning of the reader (look over here, while Holly Black writes the crux of the plot over there). But it’s also Black’s writing that has been consistently, deliciously noir – her prose is rich and reads like a Bogart voice-over;

A girl like that, Grandad said, perfumes herself with ozone and metal filings. She wears trouble like a crown. If she ever falls in love, she'll fall like a comet, burning the sky as she goes.

Knowing that this was the potential last instalment in ‘Curse Workers’, I did have high expectations of this consistently brilliant series ending on a high note. For the most part, I was beyond satisfied. I loved the twisting, curving and multiple plots. Cassel was again, a supremely brilliant narrator walking the knife-edge between good guy and villain . . .  but some aspects of ‘Black Heart’ were a little flat.


I thought that the story about Cassel searching for Zacharov’s missing Resurrection Diamond would lead to a bigger reveals. ‘Black Heart’ is also the book when Cassel lays his feelings for Lila on the line – and I was hoping that would mean Holly Black would write more page-time for Lila. I've never warmed to Lila, I've always found her spoilt and just plain mean; and I get that she’s a mobster’s daughter, never going to be an angel. But I also had problems with Lila having dated Cassel’s brother, Barron, and the fact that he never really questioned that (even though I’m sure it has been eating at him). I just wanted to spend more time with Lila on the page, in the hopes that I'd warm to her. More than anything, I found myself warming to Cassel all over again – he’s so darn dashing and romantic when it comes to professing his feelings for Lila, and I just swooned for him all over again – and questioned, all over again, what a guy like him ever saw in a stone-cold killer like her (beyond looks?).


More than anything, finishing ‘Black Heart’ made me hope and pray that Holly Black isn’t finished with the ‘Curse Workers’ series. I was half-way through this book and loving ever word, and I just couldn’t fathom not reading more about this remarkable, political and magical universe Holly Black has created. I really, truly hope that only Cassel Sharpe’s story is (somewhat) wrapped up in ‘Black Heart’. I have my fingers firmly crossed for another book in the ‘Curse Workers’ world, this time following Barron Sharpe, because I love, love, loved the Sam/Daneca subplot in this book and I think Barron has such potential and his reformation (if it’s possible) would be fascinating to read. I absolutely, unabashedly loved this finale – even though I hope it’s not the last time we visit the ‘Curse Workers’ universe. 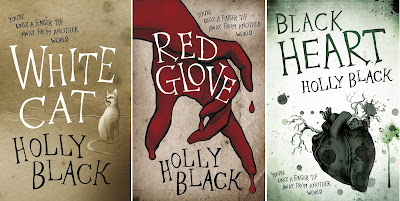