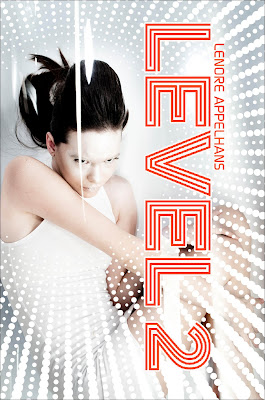 'I pause to look around the hive - all the podlike chambers are lit up as the drones shoot up on memories ... I've wanted to get out of here before, but now the tight quarters start to choke me. There has to be more to death than this.'


Felicia Ward is dead. Trapped in a stark white afterlife limbo, she spends endless days replaying memories, of her family, friends, boyfriend ... and of the guy who broke her heart. The guy who has just broken into Level 2 to find her.

Felicia learns that a rebellion is brewing, and it seems she is the key. Suspended between heaven and earth, she must make a choice. Between two worlds, two lives and two loves.

The wait for entry into Heaven is a long one, and those on Level 2 pass the time with memories. Memories of who they were and who they loved, childhood memories, good and painful memories. Family, travel, movies, books, playschool, pre-school, high school, first loves, first kiss, school camp, Greek mythology class, getting caught in the rain and eating a whole sundae. Memories are currency in Level 2 – but they’re also a way to remember and relive life.

Felicia Ward is stuck on Level 2, where she spends her days in a pod reliving her life through the memories she watches again and again. She was an army brat in life, so she has plenty of travel memories to share and win points with. But it’s the memories of Neil, her first love, that she spends the most time watching again and again and again. She has viewed Neil’s videos thousands of times, and now she wonders how long she has been on Level 2 and if Neil is dead too, and if she’ll be reunited with him in Heaven.

But one day a boy breaks into the all-girl Level 2. It is Julian, someone from Felicia’s past – a boy she despised in life but who holds a fascination in death, particularly because he comes crashing through Level 2 with talk of ‘escape’. But escape to where? Heaven or hell?

‘Level 2’ is the first book in a new YA dystopian series called ‘The Memory Chronicles’, by debut author Lenore Appelhans.

I talk a lot about the Dystopian genre holding little sway over me these days. Mostly because I feel like the current crop of ‘bandwagon’ Dystopians are following in the wake of a trend, and they’re not really *saying* anything. The early Dystopian novels like Suzanne Collins’s ‘Hunger Games’ trilogy were influenced by the wars in Iraq and Afghanistan, particularly our numbing to them as we watch the nightly news. ‘TheInterrogation of Ashala Wolf’ by Ambelin Kwaymullina mixes Dystopia and Dreamtime and asks questions about discrimination and persecution that has roots in the Stolen Generation for Australia. These are books that, I think, are worthwhile Dystopians because they take a contemporary idea and blow it out of proportion, distort it and by doing so ask us to question its genesis in our society. For me, distortion and Dystopia have to go hand-in-hand . . . which is why Lenore Appelhans’s ‘Level 2’ sucked me in right away.

In Level 2 dead people re-watch the memories of their lives. This is limbo, the place before Heaven – and there are hundreds of Level 2’s. But Felicia Ward is in a Level 2 with girls her own age who died around the same time she did. This is a draw-back for memory-sharing, because people gain points by sharing worthy memories with fellow Level 2 occupants, but the small pool of dead means you can’t watch memories of people who lived way back in the past, or your future, and the chances of sharing Level 2 with someone famous are slim to none, so there’s no watching the memories of a famous starlet’s life. So Felicia is, essentially, stuck in her own head – particularly fascinated with the memories of a boy called Neil, who she loved, and hopes to meet when she is finally granted entrance into Heaven.

This premise of a limbo centred on memory-watching really resonated with me. I think this is Appelhans making a rather wry and frightening commentary on how teenagers are living their virtual lives these days. I mean, could you imagine dying and being stuck with only your own memories for company? Imagine the memories teenagers today would have – it’d be all World of Warcraft flashbacks, PS3 and computer games. How dull. For what it’s worth, my memories would be filled with books, and I’m not so sure how I'd feel about that . . . though I’m glad I've travelled a bit to have those memories too. Appelhans really makes you squirm to think of the memories you’d have – and I think her depictions of this ‘pod’, memory-sharing life would ignite a few of us to get up and start living fully, if only to ensure we have worthy memories to carry us into limbo.

The point is to keep trying new things, meeting new people, visiting new places. Once you settle into a rut, no matter how fun that rut may seem, you stagnate. You might as well be dead.


But Felicia’s looping, re-watching life is interrupted with the appearance of a boy on Level 2 – a boy from her life called Julian, who she was always attracted to and repulsed by, but holds real fascination in death for all his talk of ‘escape’, and his promise that he can take her to Neil.

Appelhan’s book is clever, that’s for sure. The memory-limbo stuff is in another Dystopian stratosphere entirely, and it’s the kind of thoughtful sci-fi plot that will have readers chewing over for days. It’s especially fascinating because the story is cut between Felicia’s time in her Matrix-like ‘pod’, where she’s hooked into her memories, and then flashbacks to the actual memories she’s reliving. The memory stuff is great – it legitimately time-jumps readers all around Felicia’s life without getting messy or confusing.

But the let-down of the novel is the physical Dystopian world, the white-washed Level 2. It’s intentionally dull – a place where the limbo dead can feel no pain, but also have no need to sleep or eat or do anything except relive their life. This world-setting is both a plus, and a negative. It’s a plus because it amplifies the memory-looping stuff, and gives Felicia a compelling reason to stick to the status-quo and get caught up in her old memories. But it’s a negative because at some point in the novel Appelhans gives Felicia a reason to get up out of her pod and then readers are real-time in Level 2 and it’s real boring. But I completely get the conundrum Appelhans was posed with – this is a Dystopian book in which people are virtually wired into their past, because Heaven’s waiting room is dull. But when the novel is about breaking that virtual connection and racing through the physical Dystopian world . . . then the ho-hum setting becomes a problem. But I feel like Level 2 could have been made interesting if Appelhans hadn’t cut so many corners – like when Julian explains that anything is possible in Level 2 if you just think it. So Felicia is always magically clean and tidy, and when you hit someone in the jaw they *think* it will hurt and knock them to the ground, so they go down. That was all a wee bit airy-fairy, easy-way-out for me and just added to this idea that Appelhans concentrated so much on Felicia’s world-building via memories that the physicality of Level 2 fell by the wayside.

What I did like in ‘Level 2’ was the tricky romance plot. Something else I despise in Dystopian novels these days is that the love-triangle has become a trope, simply because it’s been done so well by so many other Dystopian authors, now people come to expect it. Well, I feel like Appelhans took that cliché and spun it on it’s head with exhilarating results regarding Team Julian and Team Neil.

The book does end rather abruptly, but that probably helped to sucker me into reading ‘Level 3’, due out in January 2014. If the ending hadn’t been so cliff-hangerly I’m not sure I would have returned – only because Felicia isn’t that great a heroine (though, to be fair, in ‘Level 2’ it is a lot of running around through white door-less walls and the adrenaline kind of detracts from characterisation). I think in ‘Level 3’ I’ll be hoping for a fleshing-out of this world, less reliance on Felicia’s memories to make the plot interesting and a commitment to the physical setting of limbo.