'All This Could End' by Steph Bowe 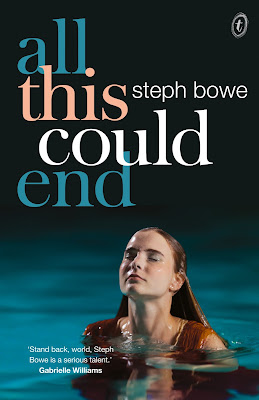 What’s the craziest thing your mum has asked you to do?

Nina doesn’t have a conventional family. Her family robs banks—even she and her twelve-year-old brother Tom are in on the act now. Sophia, Nina’s mother, keeps chasing the thrill: ‘Anyway, their money’s insured!’ she says.

After yet another move and another new school, Nina is fed up and wants things to change. This time she’s made a friend she’s determined to keep: Spencer loves weird words and will talk to her about almost anything. His mother has just left home with a man who looks like a body-builder vampire, and his father and sister have stopped talking.

Spencer and Nina both need each other as their families fall apart, but Nina is on the run and doesn’t know if she will ever see Spencer again. Steph Bowe, author ofGirl Saves Boy, once again explores the hearts and minds of teenagers in a novel full of drama, laughter and characters with strange and wonderful ways.

Some parents help their kids with math homework. Most have spouted parental proverbs like “Mind your Ps and Qs” or “Respect your elders.”

This is not the way of the Pretty family.

For Nina and her little brother Tom, homework is pickpocketing for big bucks. Motherly maxims include “Trust no one” and “Scout the place.”

Because the Pretty family are bank-robbers. Old-school, hold-em-up style bank-robbers. Nina is, unwillingly, following in her mother’s footsteps and has been robbing since she was twelve-years-old and able to spray-paint surveillance cameras. Now that’s Tom’s job, and Nina is deemed old enough to wield a gun alongside her mother and father.

But while Tom is still thrilled by the life of crime and has no qualms with moving town every four months or so, Nina is decidedly sick of it all. She plans to escape from her parents’ criminality, just as soon as she’s old enough.

In the meantime, her father has taken a new teaching job and the family are moving once again. Except this time something changes. Nina meets Birdie and Spencer – two completely opposite best friends who draw Nina into their orbit. Birdie is extravagant and fearless, with a serious penchant for bassists. Spence is a shy word-enthusiast, who can talk to Nina about absolutely everything – including his parents’ crumbling marriage.

But Spencer’s father is also the local bank manager.

And this life of crime just got a whole lot more complicated.

‘All This Could End’ is the new novel from Australian young adult author, Steph Bowe.

This novel has one of the most suckering beginnings of any book; “Nina Pretty holds the gun to the boy’s head, her other arm around his neck. Her balaclava itches.” Of course I was captivated from that line onwards, and Stephe Bowe delivered on a first-chapter cliff-hanger with a rather fun and quirky contemporary novel.

Spence and Nina alternate in point-of-view chapters, which backtrack from the moment of a bank-robbery that’s suddenly veered off course to their first meeting. In Nina’s chapters we also get carried back to the beginning of her crime-sprees, when she was just twelve-years-old.

The story about the Pretty family of bank-robbers is a great hook. And the old-school, hold-up style is explained rather eloquently by Nina’s mother, Sophia;


‘A bank hold-up is outdated. It’s almost quaint! It was happening in the eighties. It’s something they think only desperate, unprepared people do. Bank theft is all online stuff now,’ Sophia had lectured them a few weeks earlier, through a mouthful of parmigiana made by Paul. She waved her fork about to emphasise her point. ‘Has the element of surprise every time.’


This also goes a long way to hinting at Sophia’s entire outlook on her crime-life, which began when she was a child herself. Sophia has rose-tinted glasses when it comes to the criminality aspect of bank-robbing, she treats it like a bizarre hobby full of retro nostalgia. She burns through their stolen money too quickly, and revels in the adrenaline rush.

And as much as this is a novel centred on a quirky ‘bank-robbing’ plot, the real heart of ‘All This Could End’ stems from the family dramas playing out between Spence and Nina.

For Spence, it’s coming to terms with his parent’s clearly fraught marriage that’s on the brink. He has a best friend called Birdie, who’s all eclectic-larger-than-life awesomeness, but for the real heart-to-hearts he grows to rely on Nina and they develop this lovely, blossoming bond.

For Nina, it’s this feeling like her family is suffocating her and she needs to break away – to stand on her own two feet. There’s a hint of ‘Running on Empty’ with this aspect of Nina’s home life, and I found it really intriguing that although she’s talking about feeling smothered by her crime family, this feeling of needing to break away from the nest is one many young readers will relate to.


Right now Nina feels as if happiness is just a story people tell, rather than something that actually happens. Because it’s not happening for her.


If I have any complaints about the book, it’s that Bowe occasionally strays into ‘show, don’t tell’ territory and there were some revelations that I felt I could have got to myself, without her laying them out for me;


It didn’t occur to her until years later that someone who was truly good, who truly loved her children, would not put them in such a situation. But then again, it’s a miracle Nina ever reached a place in her mind where she could realise that at all.


This is a charmingly quirky novel about family, criminality and independence.

Email ThisBlogThis!Share to TwitterShare to FacebookShare to Pinterest
Labels: Aussie YA, Australian Women Writers, Australian YA, Steph Bowe, YA 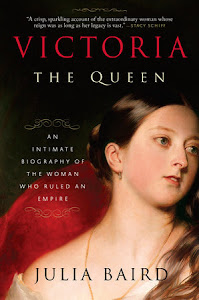 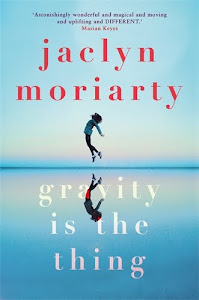