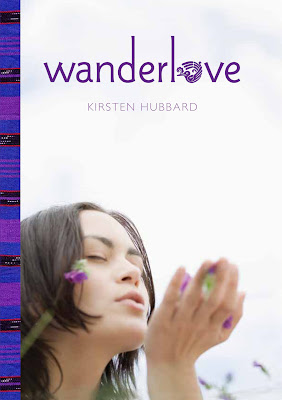 It all begins with a stupid question:
Are you a Global Vagabond?

No, but 18-year-old Bria Sandoval wants to be. In a quest for independence, her neglected art, and no-strings-attached hookups, she signs up for a guided tour of Central America—the wrong one. Middle-aged tourists with fanny packs are hardly the key to self-rediscovery. When Bria meets Rowan, devoted backpacker and dive instructor, and his outspokenly humanitarian sister Starling, she seizes the chance to ditch her group and join them off the beaten path.

Bria's a good girl trying to go bad. Rowan's a bad boy trying to stay good. As they travel across a panorama of Mayan villages, remote Belizean islands, and hostels plagued with jungle beasties, they discover what they've got in common: both seek to leave behind the old versions of themselves. And the secret to escaping the past, Rowan’s found, is to keep moving forward.

But Bria comes to realize she can't run forever, no matter what Rowan says. If she ever wants the courage to fall for someone worthwhile, she has to start looking back.

But all that's hugely unlikely -- with the exception of mosquito bites and sunburn. And yet even experienced travelers are still afraid.

Nothing has gone as planned for Bria. She isn’t going to the college of her dreams, her perfect boyfriend dumped her and nobody seems to notice she hasn’t drawn anything in months. She has lost all passion for life, and art, and now she needs a change.

When she sees a travel brochure for Central America, she jumps at the chance for a change-of-pace and scenery. An adventure may be just what Bria needs to recapture her passion, find her independence and move on from whatever has got her life stalled.

Except the Global Vagabonds are an anesthetized travel experience, experienced mostly from the comfort of a bus seat – and Bria’s trip to Central America feels wrapped in cotton-wool, until she meets Starling.

Starling is a proper backpacker – she wears a million rings, has crumpled-cool clothes and an easy swagger. Bria is at once captivated and jealous. But when she bumps into Starling for a second time, fate starts playing a hand . . . and when she meets Starling’s wanderlusting brother, Rowan, Bria can’t turn back and instead takes the duo up on their offer to go on a real backpacking adventure.

‘Wanderlove’ was the 2012 stand-alone young adult novel from Kirsten Hubbard.

I have travelled a lot in my life, but never by myself and nothing that could be constituted as ‘roughing it’. Truth be told, I don’t think I’m brave enough to travel by myself; but I envy those who do. So reading ‘Wanderlove’ is a wonderful indulgence, particularly for having a narrator like Bria who has great trepidations about travelling alone and not fitting the backpacker ‘look’. I completely sympathised with her, and fell into this story and Central American along with her. . .

I remember watching  a great documentary a few years ago called ‘A Map for Saturday’, which follows this 20-something New York TV producer who packs up his apartment, quits his job and goes backpacking for a year. He takes a hand-held camera with him, and interviews fellow backpackers and makes diary-entry videos of himself. It was a great doco, for exploring the gamut of traveller emotions and lifestyle – from the loneliness of solo-travel, to the beauty of fleeting friendships, the weariness of the exotic (“oh, another waterfall” one backpacker deadpanned) and the moment when you know it’s time to come home – and then the oddity of coming back to a routine, and trying to explain to people where you went and what you saw. I feel like Hubbard captured that kaleidoscope of vagabond life in this book, and in the two primary characters of Bria and Rowan.

Throughout the book Bria talks about this sadness that has settled over her – it’s linked to her break-up with a boy called Toby and her uncharacteristic disinterest in art. Her going to Central America is meant to jump-start her life again, and stop her from thinking on Toby. Rowan, meanwhile, has been travelling solo for a while now . . . and it’s as though he’s running from something. Both he and Starling allude to a time when he wasn’t so trustworthy, when he went off the rails. When Starling is called back to her job, leaving Bria and Rowan to explore together, the two of them start picking each other apart to get to the centre of what Bria is running away from, and Rowan is trying to avoid turning back into.

I will say this isn’t a book you read for the characters and romance – they’re great, don’t get me wrong – Bria was a wonderful narrator and Rowan a charismatic love interest. But they pale in comparison to Hubbard’s travel writing – her details of exotic locales and people, immersing Bria in a different culture and appreciating a change of scenery;


What everyone forgets -- even me -- is the people who actually live here. In places like Central America, I mean. Southeast Asia. India. Africa. Millions, even billions, of people, who live out their whole lives in these places -- the places so many people like us fear. Think about it: they ride chicken buses to work every day. Their clothes are always damp. Their whole lives, they never escape the dust and the heat. But they deal with all these discomforts. They have to.

So why can't travellers? If we've got the means to get here, we owe it to the country we're visiting not to treat it like an amusement park, sanitized for our comfort. It's insulting to the people who live here. People just trying to have the best lives they can, with the hands they've been dealt.


Hubbard herself is clearly a traveller – because she writes eloquently about respecting a culture, immersing yourself in a place and leaving Western prejudice behind. A few times along the way Bria and Rowan meet cringe-worthy stereotypes: the yobbo blokes out to have a piss-up, the giggling girls who want an overseas hook-up. I loved reading about these fleeting traveller characters, because Rowan puts them in their place and discerns that they’re not real backpackers – they may have wanderlust, but to know wanderlove (like he does) it’s a completely different attitude. But Bria also points out that Starling and Rowan are themselves stereotypes – with their many bracelets, ugly backpacker sandals and effortlessly cool grubby attire. I really think Hubbard captured the many faces of backpackers in this novel, as seen through Bria’s eyes and in the drawings she produces along the way. 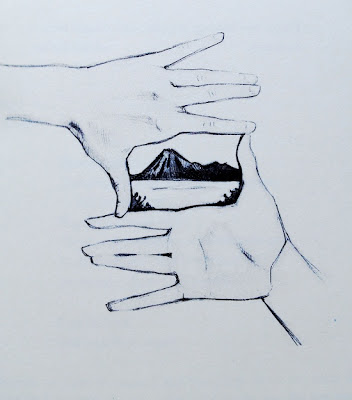 This is another of those perfect New Adult books - caught between young adult and adult - for exploring that time when we've left high school behind, and the great expanse of adulthood and 'real life' is opening (terrifyingly) before us. Many young people now choose Gap years, their own 'walkabout', before buckling down for all those terrible adult things like studying and job-hunting. There's a lot in 'Wanderlove' for young adults and twenty-something readers to connect with, as Bria literally takes herself away to find herself.

Like I said, I’m not a backpacker or a terribly adventurous ‘roughing-it’ traveller, much to my chagrin. But I really felt like I was living that life vicariously through ‘Wanderlove’, and Hubbard’s conjuring this otherworld with Bria at the narrative helm. This is a beautiful ‘New Adult’ book – about searching for independence and finding yourself, in the middle of nowhere.

Email ThisBlogThis!Share to TwitterShare to FacebookShare to Pinterest
Labels: Kirsten Hubbard, YA