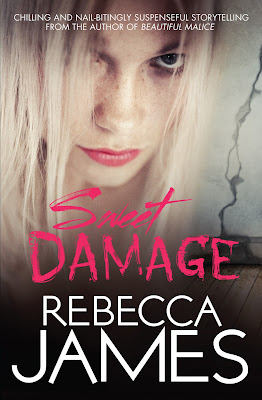 
'I still dream about Anna London's house. In my dreams it's as if the house itself has sinister intentions. But in real life it wasn't the house that was responsible for what happened. It was the people who did the damage ...'


When Tim Ellison finds a cheap room to rent in the perfect location in Sydney it looks like a huge stroke of luck. In fact the room comes with a condition, and the owner of the house, the mysterious Anna London, is unfriendly and withdrawn. When strange and terrifying things start happening in the house at night, Tim wonders if taking the room is a mistake. But then his feelings for Anna start to change, and when her past comes back with a vengeance, Tim is caught right in the middle of it.

A thrilling, rollercoaster of a story - read it with the lights on!

Tim Ellison is stuck, and has been for a long time. He was stuck right after high school, aimless and unmotivated. He’s happily stuck working at his dad’s restaurant in Manly, with no particular ambition to get a real job or go to university. And he’s really stuck in his constant spiral with ex-girlfriend, Lilla – they broke up months ago because he lacked ambition, and now he’s sleeping on her couch in the apartment she shares with new boyfriend, Patrick.

Something has to shift, so when Lilla shows him a room for rent ad in the local paper that sounds too good to be true, he decides to take a leap of faith and check it out. . .

Fairview is a grand mansion. Beautiful and cavernous, it is in a prime location with beautiful views of Sydney and rent is so cheap, even Tim can afford it on his measly paycheque. The one catch is that Tim will be rooming with the house’s owner, Anna London.

Anna is a young woman, and Tim’s first impressions of her are that she’s timid and seems weak. Her lawyers, brother and sister team Fiona and Marcus, are arranging her new roommate for her and they also help her run Fairview, which she inherited after her parents died a few years ago. Tim still can’t see the catch . . . until it’s explained that Anna is agoraphobic. She has an anxiety disorder that keeps her imprisoned in her childhood home, and she’ll rely on Tim to connect her to the outside world.

For the first time in a long time Tim feels like things are finally moving along for him and life is good. Even if Anna is a little odd – shut up in the attic, speaking mysteriously of a lost love called ‘Benjamin’. Then there’s Fairview itself. Tim hears things at night, and imagines a dark figure looming in his doorway as he sleeps. . .

I vowed to read anything and everything Rebecca James writes after her 2010 debut blew me away. ‘Beautiful Malice’ was gritty and engrossing, a heart-palpitating story with twisted and brilliant characters – and I couldn’t wait to read whatever James’s devious mind came up with next. Well, ‘Sweet Damage’ certainly delivers on the breathtaking frights that are quickly becoming Jame’s stamp. . .


I still dream about Fairview.


. . . And my first reaction was that it had echoes of Daphne du Maurier famous opening line to ‘Rebecca’;


Last night I dreamt I went to Manderley again.


As Anna and Tim’s intersecting story unfolds, it becomes apparent that ‘Sweet Damage’ has a bit of du Maurier to it, a chilling ode to that famous novel about love and obsession, descents into madness and houses that have a hold over their residents. But this is a decidedly fresher take on classic Gothic interpretations of female lunacy, and places wielding extraordinary power over individuals for the memories they hold within.

James’s story is set in the trendy Sydney suburb of Manly; Tim is a surf-bum waiter, idling through life . . . and Anna is a complex heroine battling a crippling mental illness. Through altering narrations we learn the many layers of Anna’s life and ‘insanity’, and as Tim begins to place the pieces of the puzzle in her sad family history, a mystery also unfolds.

This is a fantastic Gothic-Thriller novel; it’s full of careening twists and turns, but it’s also a character-driven tale in which nobody is as they first appear. Anna starts out as a weak and frightened girl in Tim’s mind, but as her story unfolds she gains depth and remarkable courage;


As I watch Anna cry, I’m struck by how dignified and beautiful she is. She has endured the worst possible thing a person can go through. And all the time I've been living with her she has dealt with this grief, keeping it to herself, trying to cope alone with something so tragic and huge. Before, I thought she was weak; I ignorantly assumed that a stronger person would have been able to overcome the anxiety that kept her trapped. Now I think she’s courageous.


I know that ‘Sweet Damage’ is being put forth as a young adult novel – but I actually think this might be migrating closer to that love-hate emerging ‘new adult’ readership. Our characters are a little older, and world-weary – but at the same time, Tim has the appeal of being young and aimless, lacking ambition and determined to stay in his comfort zones – there’s something very young adult relatable to that too. Meanwhile, Anna’s experiences and tragedies run a little deeper, they make her more mature and damaged than even Tim first realises. Basically, I can see ‘Sweet Damage’ appealing to young and old – horror fans, and those who want to get lost in a good, twisting mystery.