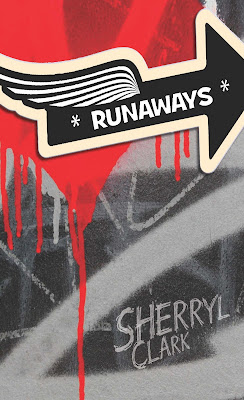 my blood runs hot from skull to toes

I grab my bag and run.

Cassie and her brother, Jack, are on the run from the past, from the future and from their failure of a family. But where can they go? And can you ever really run away?

‘Runaways’ is the story of Cassie and her young brother, Jack. School counsellors seem to think Jack is ‘dumb’, and so does their mum – she can’t cope with Jack and is relieved when the kids’ absentee father shows up to take Jack away. But Jack and Cassie won’t be split up and the two of them runaway together.

Alternating between Jack and Cassie’s voice, ‘Runaways’ stretches between Melbourne and Adelaide and is the story of sibling bonds and broken families. It’s a cross-country trek in which the kids hitch-hike their way to Grandad’s house, where more drama awaits;

that Jack won’t turn up

that Jack is lost

buried in the Nullarbor


This is a fast-paced verse novel that’s grounded in a story going back to the Hansel & Gretel fairytale. The real heart of ‘Runaways’ is undoubtedly the love and loyalty between Jack and Cassie – their bond is especially poignant since nobody else in Jack’s life seems to care or even like him very much.

he doesn’t push my away


I feel his tears drip onto my arm

I whisper, ‘cross my heart

and hope to die’

this time I’ll do something


Jack has a chaotic mind – beautifully expressed in his verse POV that runs and indents across the page, and is peppered with images amidst the words. Jack’s thoughts are hectic but straight-forward, image-driven and in direct contrast to Cassie’s ordered stanzas and sweet analogies. Jack either has ADHD or Asperger syndrome – though this is never addressed, since neither his mother nor father seem the type to investigate Jack’s behaviour, they’re just annoyed by it and dismissive of him. 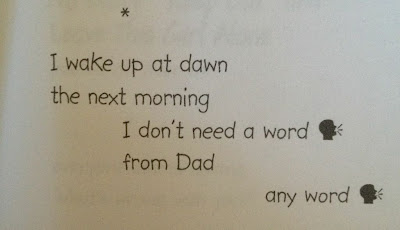 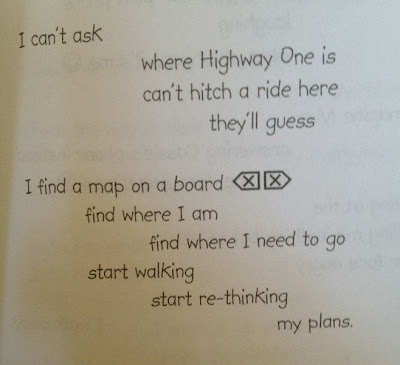 ‘Runaways’ is a simple verse novel, perfect for young reader’s 10-and-up who will so enjoy the adrenaline-fuelled story of Cassie and Jack’s cross-country adventure. But the real tender heart of Clark’s novel is the sweet sibling relationship, which is a wonderful counterpoint and reason for their daring escape.