Interview with Kirsty Murray, author of 'The Four Seasons of Lucy McKenzie' 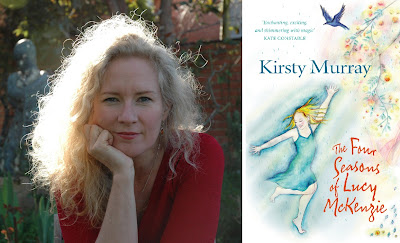 Kirsty Murray is a beloved Australian children’s and young adult author. Her new novel is The Four Seasons of Lucy McKenzie, and later this month she will be appearing at the Melbourne Writers Festival. But before her schedule got too hectic, I fired some questions off to her about time travel, workshopping Melbourne and the seeds of an idea . . .


Neither agent or slushpile. I don’t’ think there are two stories the same about getting started as a writer but mine is particularly convoluted. I was living in Wales with my family and attended a weekend writing workshop at a local library. That led to me being invited to attend the 1993 Hay-on-Wye Writers’ festival which kick started my writing career. I came back to Melbourne and began studying at RMIT, which led to doing work experience with Allen & Unwin, who published my first non-fiction book for children. It was through seeing how publishing worked that I understood what opportunities were there for me and it helped me to find my writer’s voice. My first novel (and fourth published book) was Zarconi’s Magic Flying Fish. It was actually commissioned by Rosalind Price, the children’s and YA publisher at Allen & Unwin, on the strength of a synopsis. She encouraged me to have the confidence to cross over from non-fiction to fiction (which I secretly longed to write). I will always be grateful to her for opening that door.


I started as a ‘pantser’ and became a plotter over time. Stories that evolve can be lovely but they can also turn into monsters or fizzle out and lose momentum. I don’t always work in a linear fashion these days – I often write the last scene before the first. 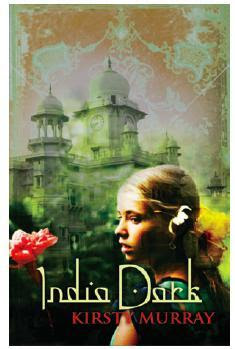 Q: How long did it take you to write ‘The Four Seasons of Lucy McKenzie’, from first idea to final manuscript?

The idea for ‘Lucy McKenzie’ had been sitting in the back of my mind for a long time but the event that triggered the writing and brought it to life was the bushfires of February 2009. My great-grandparents had lived at Yarra Glen in the Yarra Valley in an old house overlooking a river. My great-grandmother painted the four seasons on a frieze that decorated the dining room and I’d always wanted to go and see the paintings, though the house went out of our family nearly 100 years ago. My cousin (who is called Lucy and to whom the book is dedicated) suggested we go and knock on the door of the house but we never got around to it. When the house burnt to the ground, I realised I could only ever visit it in my imagination.

I began making notes in March 2009 but the book had a lot of false starts. There were originally two old aunties and the story kept stalling while they argued. I worked on it for several months in 2010 but it really came together while I was on an artist’s residency at Bundanon in 2011. I finished the second draft while on a residency in Western Australia in October 2012. It needed one more draft to make it shine but I pulled the very first chapter out at the proofing stage, after the ARC copies had already been sent out. It’s always a relief when a book goes to the printer and you have to stop fiddling with it. 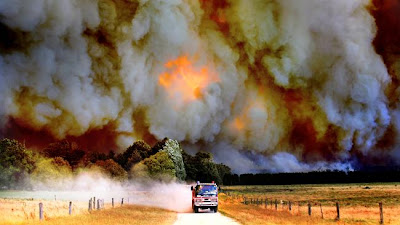 I find about five ideas for stories on any given day of the week. Sometimes an incident or a snippet of gossip sews the seed. Sometimes a character emerges out of nowhere and asks for a narrative. I’ll never get around to writing them all down but it’s only in the writing that you find out whether your idea/character or theme has legs.

Q: You were first published in 1998, and have become a prominent children’s and YA author in that time. What is it about writing for younger people that so appeals? And would you ever consider writing an adult book?

I’ve always been drawn to narratives that include young people. I love the child protagonist in fiction. I love their optimism and their fierce will to live, grow and explore so inevitably, when I have an idea for a story, I attach it to a child protagonist. I love the company of children too. I had three children of my own by the time I was 27 years old and through them, I maintained a strong connection to children’s literature into my adulthood. I later added three stepchildren to my family and a bevy of god-children so I’ve always been surrounded by young people. I wouldn’t rule out writing a novel for adults but it’s not high on my list of priorities. A spunky kid hero will always win out over a depressed middle-aged character. 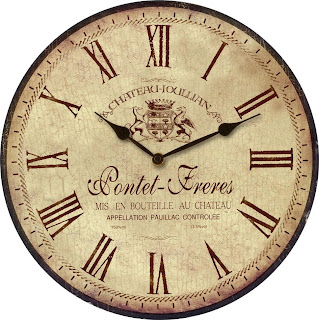 Q: ‘The Four Seasons of Lucy McKenzie’ is a time-travel novel with a real emphasis on nature and the wilderness: it sees 11-year-old Lucy battling bushfires and swimming against floodwaters. It reminded me of Ruth Park, and I loved that duality of magic time-travel, grounded with a connection to the land and Mother Nature.  Which idea came first to you; the time-travel or the battling elements? And how hard was it to write a time-slip?

Time-slip can be insidiously hard to do well. After I wrote my last time-slip novel, Market Blues, in 2001 I swore I’d never write another.  Essentially, you have to have two parallel narratives that knit perfectly so it’s almost like writing a conjoined-twin novel.

The thing that came first with The Four Seasons of Lucy McKenzie was the setting – which is an unusual first for me. More often, the character or idea leads but in time-slip, setting is central as there has to be a portal to the other time. The old house in the novel, Avendale, is based on three houses but most specifically on a house called Riversdale that I visited in my teens. Because I knew and loved the landscapes intimately, the book almost wrote itself in some ways. The characters of Big and Lucy are very close to people I’ve known so they, too, facilitated the writing. 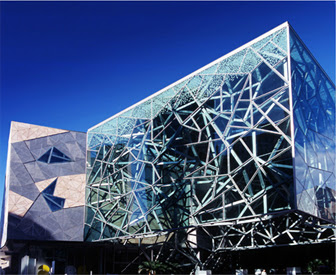 Q: You’re part of this year’s Melbourne Writers Festival School’s Day program – with a session called ‘Melbourne Day Tour & Workshop.’ I’m curious what sorts of things you get up to in your workshops, and some of the best experiences you’ve had working with budding young writers?

Every workshop is different and I always try and make each one fresh, even if I’m doing an activity that I’ve done before. The Melbourne Day workshops are about writing place and we use the setting and history of Federation Square to kickstart a story. I’ve literally conducted thousands of writing workshops over the last fifteen years. The best thing about working with young writers is their excitement when they discover something new about themselves or their strength as writers. They can also be less inhibited than adult writers. When a young writer reads out a piece of work that they’ve poured their heart into, you can’t help but feel very humbled and privileged to work with them. 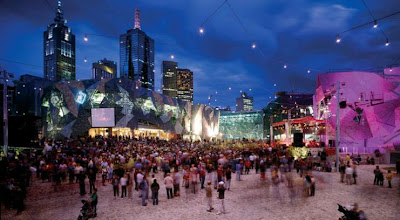 Q: What are you currently working on, and when can we expect it to his shelves?

Small groan. I’m working on a YA historical fiction set in 1919. I’ve been working on it for years and it’s still presenting lots of difficult challenges, partly because much of the subject matter is tragic. It’s about four sisters in their late teens and what happens to them in the wake of WW1. Fortunately, I’ve grown to love the main character, Tiney Flynn, and she’s helping me soldier on through a vortex of grief. I’ve got a solid draft of the novel but I’m not happy with it yet so am holding off on submitting it to my editor. It’s listed for release by Allen & Unwin in August 2014. 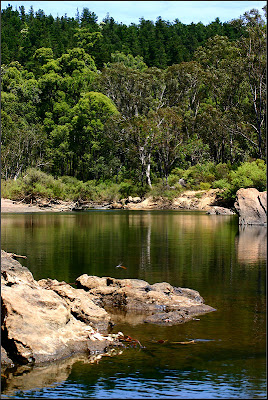 Sorry. This is the hardest question to answer. The list is simply too long so I simply going to offer up one. There was almost no YA when I was teenager so I read Collette’s ‘Claudine’ books and I still go back to them for fun, especially ‘Claudine at School’. She’s deliciously wicked, sharp, funny and wild. A perfect YA protagonist.

Read. The only way you can understand how good writing works is to read. Read every day. Read outside your comfort zone. Read different genres, fiction and non-fiction, poetry and journalism. There is no better teacher than a great novel, a beautiful poem and a perfectly crafted sentence. 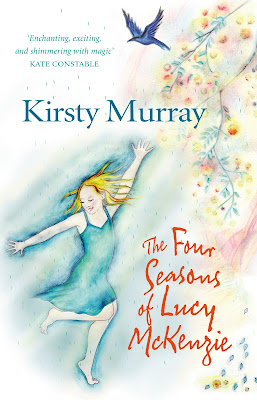 Kirsty’s new book, The Four Seasons of Lucy McKenzie, is published by Allen & Unwin and is now available at all good bookshops and online.
Posted by Danielle at 8:59 PM

Email ThisBlogThis!Share to TwitterShare to FacebookShare to Pinterest
Labels: Aussie YA, Australian Women Writers, Australian YA, interview, Kirsty Murray, Q and A