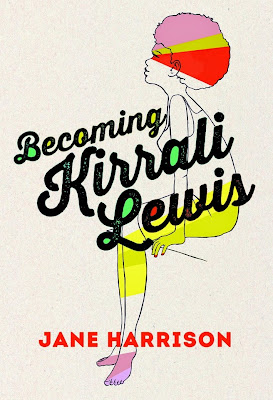 Through a pair of ornate wrought-iron gates was one of the oldest universities in the country. Our paths had just intersected. It was 1985 and I, little black duck, was about to embark on a law degree.

Set within the explosive cultural shifts of the 1960s and 1980s, Becoming Kirrali Lewis chronicles the journey of a young Aboriginal teenager as she leaves her home town in rural Victoria to take on a law degree in Melbourne in 1985. Adopted at birth by a white family, Kirrali doesn't question her cultural roots until a series of life-changing events force her to face up to her true identity.

Her decision to search for her biological parents sparks off a political awakening that no-one sees coming, least of all Kirrali herself as she discovers her mother is white and her father is a radical black activist. Narrative flashbacks to the 1960s, where Kirrali's biological mother, Cherie, is rebelling against her parent's strict conservatism sees her fall into a clandestine relationship with an Aboriginal man. Unmarried and pregnant, Cherie's traumatic story of an unforgiving Australian society give meaning to Kirrali's own rites of passage nearly twenty years later. The generational threads of human experience are the very things that will complete her. If only she can let go.

The book begins with Kirrali in 1985, about to begin university and a law degree. Kirrali comes from a small country town and a big family – she’s one of six kids, two of whom are adopted including Kirrali, who knows at least one of her biological parents was Aboriginal.

Kirrali got used to being the ‘skinny black kid in the all-white family,’ in her hometown, but when she gets to Uni she’s a bit taken aback by the politics inherent in the colour of her skin.

Why did people have to categorise? So what if I was black? Did that mean I had to fight every cause championing black people?

There are some great pathways for readers to further explore with this aspect of the book, and Kirrali’s emerging political awareness – like the Koori Advancement Centre on Kirrali’s campus. These sorts of cooperatives do exist and hopefully young readers will go and do some digging and discover the real ones, like at the University of Sydney for example, which is a ‘culturally safe space for all Aboriginal and Torres Strait Islander students.’

The book is really about Kirrali discovering herself when she gets to Uni; her Indigenous culture and, – as every young adult experiences – forming her political ideals and moral compass. Harrison also delves into dark and brutally honest territory including violence, assault, and police brutality/excessive force. In this country we talk about America’s ‘Black Lives Matter’ movement, without looking similarly critically at our own society and the racial inequities we fail to right. Harrison brings all of this up, and young readers will discover a lot of parallels to modern Australia.

There’s also a push-pull that Kirrali feels in her law degree. Initially she wants to go into International Law, but particular circumstances open her eyes to where she might be more useful in the community … and it is that realisation that she has a community that needs her which helps shape her career.

So lawyers made good money and could walk away at the end of the day, did they? The ones I saw at the Aboriginal Legal Service didn’t.

Kirrali is also given the opportunity to further know herself after a certain chain of events grants her the chance to find her biological mother and learn the story of her being put up for adoption. From Part Two we meet Kirrali’s white biological mother, Cherie, in 1960s flashbacks that delve into her meeting Kirrali’s biological Aboriginal father Charley Jackson.

At the end of the night, I was leaving to catch the train home and saying goodbye to Mary when I felt a tap on my shoulder.

‘You still here? Haven’t you gone back home yet?’ His voice was curious, not malicious like the last time we had met.

‘Where would my home be? My descendants came from England and Ireland but that was five generations ago. Haven’t I earned the right to call Australia home yet?’ I replied boldly.

‘My descendants have been here for 40,000 years. When you’ve been around for that long you can call Gondwanaland home.’

‘Oh, Charley, give the girl a break,’ said Mary, exasperated. ‘You don’t talk to me that way and I’ve only been in the country five minutes.’ She smiled at him and I was struck again by her gentle nature.


I loved Cherie’s narrative – explaining her suburban upbringing, and how it was flipped on its head when she moved out of home, and especially when she met Charley;

My parents were racist in that middle-class pseudo-tolerant way I was to recognise often. Sure, send a donation over to the poor starving Africans but tut-tut if an African family moves into the street — property values will fall.

If I have any complaints about the book it was that sometimes Kirrali’s language didn’t feel authentic – particularly when discussing her experiences of racism – but of course she’s in the middle of a Law Degree, so she’s able to articulate because of what she’s been learning in the classroom. I also sometimes thought that the construction of Kirrali’s unique circumstances were to make it a little easier for her to see things from Cherie’s perspective … but I was so caught up in both their narratives that this was really a fleeting thought. 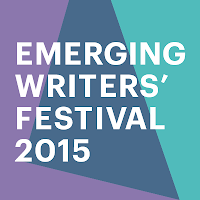 Author Jane Harrison will be at the Emerging Writers Festival on June 2 for ‘black&write!: Coming of Age’ – a great event which also features, ‘readings by some of the country’s most exciting Indigenous writers on their clumsy teenage years.’