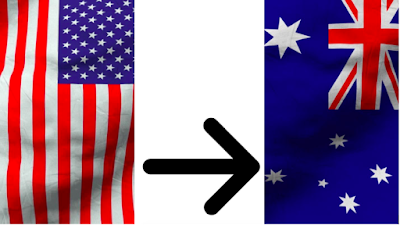 Back in May, The Australian Library and Information Association (ALIA) announced lists of the most borrowed books from libraries across the country for the first quarter of 2015. Libraries provided their top ten most borrowed books in four categories: adult non-fiction, adult fiction, young-adult and children's books. And in all but one of these categories, Australian writers faired well and accounted for half of the most popular books – except in the young adult fiction category, which was largely dominated by American authors. Here is the YA most-borrowed list;

That's a pretty great collection of books, no doubt. But it's pretty sad that Australian YA authors were outnumbered by their American-YA counterparts, and as a huge fan of Aussie YA, that poor showing of most-borrowed books is saddening.

I've written more about what this list means, in an article for Kill Your Darlings. But in the meantime I thought I'd pick apart the ALIA most-borrowed list in a different way, by throwing up some Australian readalikes and recommended reads (I was inspired by the fantastic EpicReads 'Like, Try Why' posts!).

The only books I haven't provided readalikes for are the only two Australian authors to make the ALIA most-borrowed list: Markus Zusak's The Book Thief and Ellie Marney's Every Breath - big congrats to those two, and so happy to see young reader-borrowers loving these books!

Hunger Games series by Suzanne Collins →
The Sky So Heavy by Claire Zorn and
Tomorrow, When the War Began by John Marsden

The Hunger Games is responsible for kicking-off the huge wave of Dystopias that have since flooded the YA scene, and in choosing these two Aussie readalikes I was thinking of both the Totalitarianism and Violence themes of Suzanne Collins' series.

Claire Zorn's The Sky So Heavy is a very different dystopia, so I'd recommend it for anyone who is feeling a bit of fatigue around that genre but still want to explore its larger themes. As for violence, I'll just leave you with the beginning of Zorn's amazing book; "There are two things I know right now: one is that a guy is holding a gun to my head, the other is that I don't want to die."

John Marsden's Tomorrow, When the War Began is a staple of Aussie YA, a book that every young person makes their way to eventually - whether via the bestselling book, the kick-butt 2010 movie or if they'll come to it by the in-development TV series. These books do not age, partly because of Marsden's genius of not putting a definitive name to the international invaders of Australia. And even though both Marsden and Zorn's books don't have the same sci-fi aspect that The Hunger Games does, I think their examination of violence - particularly when carried out by young people - makes them really fantastic and thought-provoking readalikes to Collins' series.

Oh, you don't think anyone can touch John Green's irreverent wit and devastating teen characters? Then, my friend, allow me to present to you Australia's answer to tender teen tales - Fiona Wood.

If you liked Miles Halter's disillusioned crush on the beautiful Alaska Young in Looking for Alaska, then Dan Cereill's pining love for girl-next-door Estelle in Six Impossible Things is perfect for you.

And if you're wondering where the sucker-punch comes into it, let me prepare you for Fiona Wood's sorta-sequel (because you can read these books as stand-alones) in Wildlife. This book also ticks the boarding-school box as a Looking for Alaska readalike.

And dare I say, I think some aspects of Fiona Wood's books kick John Green's teen melodrama in the butt? For one thing - some of her male characters are just devastatingly lovely and complex, her girls are feisty feminists and where John Green swept family matters under the rug in Looking for Alaska, Fiona Wood explores complicated families brilliantly in both her books. 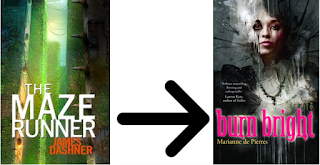 This is a tricky one but I think Marianne de Pierres in her Night Creatures series touches on quite a few of the bigger Dystopian themes that Dashner does in Maze Runner. In de Pierres' series, her teen characters are trapped on an island called Ixion, and though there are no Grievers there are scary night creatures lurking in the dark with the children.

Marianne de Pierres series is much more fantastical than Dashner's science-fiction, but I like them for a readalike because they're both essentially about random bands of kids coming together to overcome a common foe in harsh conditions. 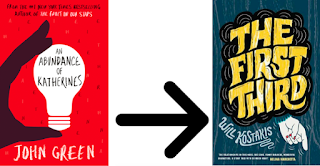 Again, I can practically hear your cynicism over the interwebs! I know John Green is incredible for conjuring "all the feels" and being immensely tumblr-quote worthy ... but I'm telling you, he's not the only great author exploring realistic teen fiction, thus I present Will Kostakis!

An Abundance of Katherines is a really interesting romance that explores the complications of a young man's heart and heartbreak. I see The First Third as a readalike because Kostakis mixes heartwarming humour with gutwrenching, cringe-worthy romance in much the same way Green does, with both books exploring the slings and arrows, humiliations and humours of falling in love ... but if I'm honest, Will Kostakis made me laugh harder and louder - something that comes when the jokes are sometimes irreverently Aussie.

This book also poked at my heart a lot more than Green's did - because as much as The First Third is about protagonist Billy falling hard for girls, there's a gorgeous friendship-relationship in there too with his best friend Sticks, so called because he has cerebral palsy.

Angels and demons, good VS evil - both Rebecca Lim and Paula Weston nail these subjects, and far better than Cassandra Clare in my opinion. I personally had problems with Cassandra Clare presenting a fairly Mary-Sue, specialiest snowflake kind of female protagonist in her Mortal Instruments series, so I think a real strength of Lim and Weston's angel series is their far more complex and imperfect heroines (who are therefore, more interesting!).

There are mysteries tied into all three of these angel-themed series, so as readalikes they're no-brainers. But if I'm being honest, I'd rather read Mercy and The Rephaim any day (and re-read them!) whereas with Mortal Instruments I struggled not to throw the first book across the other side of the room.

A key question of William's Twinmaker series is "If you discovered something was very wrong with this perfect world, what would you do?" And that's really what Tris is confronted with in Divergent too. Similarly Kwaymullina's series is a great environmental-Dystopian that has a band of outcasts able to see clearly where the world has gone wrong, and needing to come up against the establishment to try and right these wrongs. The Tribe is especially great as a truly Australian Dystopian, with Kwaymullina drawing on Indigenous mythology and devastating history to craft this futuristic Dystopian.

This one was tricky, mostly because I see the Percy Jackson series more as middle-grade, not strictly young adult. For that reason, I chose Garth Nix's The Keys to the Kingdom series, which will please readers young and old and really draws on fantasy and magic elements - not exactly as Riordan does with Greek Mythology in his series, but still with genuine aplomb.

I chose Paula Weston's The Rephaim (again!) because I can't go past the readalike complications in both series, surrounding this idea of "the sins of the father" ... Paula Weston's may be all about angels where Riordan's is Greek myth, but both have a great band of secondary characters, fantastic fight scenes and daddy-issues galore. 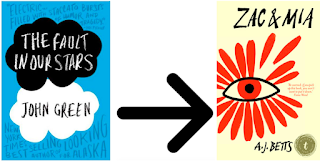 The Fault in our Stars by John Green →
Zac and Mia by A.J. Betts


This one may seem obvious - they're both (*cringe*) "kids with cancer" books. But that oversimplifies these two genuinely beautiful and tender YA books that cut to the heart of mortality, love, and living for yourself for as long as you can.

No, in choosing a readalike for John Green's TFiOS juggernaut, I was more thinking of Green's time spent studying to be a Christian Minister (which is where he first encountered hospital-bound kids) and Australian author A.J. Bett's day-job as a teacher in the oncology ward at Princess Margaret Hospital in Western Australia, which is how she got inspired to tell the tale of these extraordinary kids she encounters in her life.

I think the beauty in both of these books is that the author's background makes for really interesting further discussion, and reveals the deeper side to these topics that have recently been dismissed as "sick-lit".
Posted by Danielle at 7:22 PM

Email ThisBlogThis!Share to TwitterShare to FacebookShare to Pinterest
Labels: #LoveOzYA, Aussie YA, Australian YA, readalikes