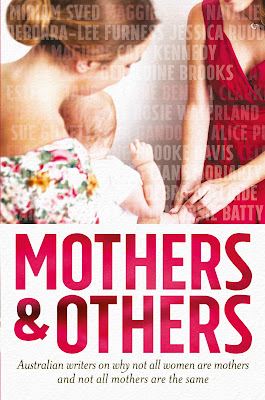 'When are you having children?' 'Why didn't you have another child?' 'Well, I guess that's your choice, but...'

They are questions asked of women of a certain age all the time. Beneath them is the assumption that all women want to have children, and the judgment that if they don't, they'll be somehow incomplete. And that's only the beginning...

Being a mother, or not being a mother, has never been so complicated. The list of rights and wrongs gets longer daily, with guilt-ridden mothers struggling to keep on top of it all, and non-mothers battling a culture that defines women by their wombs.

In this collection of fiction and non-fiction stories, Australian women reflect on motherhood: how it should be and how it really is. Their stories tackle everything from the decision not to have children to the so-called war between working and stay-at-home mums. Including special contributions by Rosie Batty and Deborra-Lee Furness, the stories explore every topic from infertility and IVF, to step-parenting and adoption, to miscarriage and breastfeeding, child meltdowns and marriage breakdowns, as well as giving a much-needed voice to those who won't ever be called 'Mum'.

‘Mothers & Others: Australian writers on why not all women are mothers and not all mothers are the same’ is the 2015 anthology collection of stories from editors Natalie Kon-yu, Christie Nieman, Maggie Scott, Miriam Sved and Maya Linden. This is the same writers group – turned editorial team – who put out one of my favourite 2013 books: ‘Just Between Us’, an anthology all about female friendships.

I adored ‘Just Between Us’, not only for the calibre of female authors assembled – but more for the honest explorations into dynamics, which are so often misconstrued and misunderstood or just missing from all forms of fiction and storytelling – the female friendship. I mean; there’s a reason the Disney musical ‘Frozen’ was seen as groundbreaking for being a film in which the sister’s friendship takes precedence above all else, and is the true heart of the story. For much the same reason, ‘Mothers & Others’ is a groundbreaking and heart-warming tribute to the many facets of motherhood, which – upon reading the offerings from 28 marvellous writers – you quickly realise, is often lazily presented elsewhere as nuclear, one-dimensional and untrue. This anthology absolutely delivers on its promise, as it; ‘holds a mirror up to the most romanticised, demonised and complex roles women play: those of mother or non-mother, and daughter.’

There’s a quote from a Jodi Picoult book called ‘Vanishing Acts’ that has stayed with me, and I don’t know why; “There is a reason the word belonging has a synonym for want at its centre; it is the human condition.” But it revibrated with me while reading certain non-fiction stories from particular writers in this anthology, those especially who have long and illustrious careers writing about the topics of family, relationships and belonging. What fascinated me was their non-fiction writing about their changed circumstances, and how this has impacted on their writing or will inform their future stories, no doubt.

The book opens, for instance, with a non-fiction story from Alice Pung – an incredible Australian author known for her memoir writing, who has explored topics around her family’s fleeing the killing fields of Cambodia to settle in Australia in ‘Unpolished Gem’ and the heartstrings of family versus her need for independence in ‘Her Father's Daughter’. Her short story ‘The New Grandparents’ explores both familiar and new terrain as she moves into a new phase of her life as a first-time mother, suddenly bringing a sharper understanding perhaps, to all that she has written about in her memoirs;

Almost three and a half decades later, their firstborn – a child they named after the girl in Lewis Carroll’s book, because they thought Australia was a Wonderland – is having her firstborn. They didn’t know whether they would survive the war, let alone get to this lucky point in life.

—   ‘The New Grandparents’ by Alice Pung

New York Times Bestselling author Liane Moriarty has been very open about the reasons so many of her female characters have tackled fertility issues and the crushing blows of miscarriage, IVF-treatment or faced the possibility of never having children. ‘Three Wishes’, ‘What Alice Forgot’, and ‘The Last Anniversary’ have all featured characters struggling to get pregnant, or worrying that it’s too late for them. 'The Hypnotist's Love Story' also featured an especially intriguing female character who had to come to terms with being dumped by her partner, and consequently losing the connection she had established with his young son, whom she’d helped raise for a time. Moriarty has spoken about how her own real-life struggles with these topics influenced her writing, and most recently I was listening to a Sydney Writers’ Festival podcast of her 2015 appearance, in which she talked about the many female readers who reach out to her with thanks or anger for hitting so close to home on these topics. In her non-fiction story ‘The Childless Side of the Room’, Moriarty reflects on a gym class in which a guileless female instructor (and new mum) asks her class to split the room according to parents and non-parents (to highlight how well the parents – battling busy schedules – still find time to fit in fitness, apparently). Moriarty, though now a mother of two, finds herself reflecting on how her past-self would have taken to such battle-line instruction when she was at her lowest point of infertility and struggles to conceive. It’s a gut-wrenching, open-bruise sort of short story – a confessional and an olive branch to any woman going through what Moriarty came out the other side of. And it’s a refined understanding of how these topics can still lay so close to her heart that they’re recurring themes and explorations in so many of her books, even years after she gave birth to her two children;

My main memory of that time is the way I always had to hold myself: stiffly, carefully, as if I were a tall glass of messy emotions that might break or spill at any moment. And still, the shame, the everlasting shame, because all this was my fault: because I was so old; because I’d taken too long to start trying; because I’d messed it up, buttercup.

—   ‘The Childless Side of the Room’ by Liane Moriarty

Melina Marchetta returns to ‘Mothers & Others’, having contributed the brilliant fictional short story ‘The Centre’ to the first anthology – but this time Marchetta is offering up a non-fiction and very personal slice, in a story titled ‘Of a Lesser God’. Here, Marchetta writes a letter to her child – ‘B’ – whom she has recently adopted, as she details the first year of their lives together. Given that Marchetta has built a career writing groundbreaking YA books about identity and displacement – a recurring theme from her contemporary ‘Looking for Alibrandi’ to high fantasy and ‘Finnikin of the Rock’ – there’s something incredibly touching here, to read her sharp insights and understanding translating so preciously to this new life she’s building for herself and B.

Although I’m a bit greedy and want you all to myself, I also don’t want you to spend your life wondering where you came from, whether your birth parents loved you, who you look like. I understand the importance of identity. I’ve been writing about it most my life.

—   ‘Of a Lesser God’ by Melina Marchetta

Deborra-Lee Furness – actress and ‘Adopt Change’ ambassador – also has a more academic and insightful non-fiction story in here about her path to motherhood. She cites the Convention of the Rights of the Child, United National treaty and the fact that 157 million children are without family (according to UNICEF) – in explaining why she’s campaigning so hard to make adoption easier in Australia and the rest of the world, for all families.

It’s important to note that these stories are not all non-fiction – five are fiction, and one in particular from Maxine Beneba Clarke titled ‘Paint’, will have you racing to pick up her phenomenal short story collection ‘Foreign Soil’ if you haven’t had the pleasure of reading it already. And not all these stories are about the mother-side of motherhood. Estelle Tang’s non-fiction piece ‘Motherland’ is about her being a child far away from home, having moved to New York – specifically examining ‘migrants mothers and children in the work of Colm Tóibín, Maxine Beneba Clarke and Roxane Gay.’

… the distance I put between us by moving overseas has shown me that we are not one entity, but two distinct individuals. Does that seem obvious to most people? It wasn’t to me, not for a long time. And now that I’m looking back at how in thrall I was to her, I’m surprised that I don’t feel more lost or damaged now that out relationship is attenuated. Many of my thoughts – casual or radical or laboured – are what my mother taught me.

Coming into ‘Mothers & Others’ I’m one of the “others” (and that title is so tongue-in-cheek, I think, reflecting and perhaps criticising the way women who don’t fall neatly into the first are so often “othered” as a consequence) – regardless, I related hard to every single story within its pages.  Sometimes rather viscerally – as YA author Simmone Howell writes about turning to books to discover “what kind of writer-mother would I be?” in her short story ‘Writing Gully’ (an allusion to her wonderful YA book ‘Girl Defective’, which features the memorable and sensitive young child character called Gully). In this, Howell was investigating the balancing of writing and motherhood. But it got me thinking of the ways books have educated me on the intricacies of this side to life, I’d only ever had experience with as a daughter.

I became a novelist because I had a child.

—   ‘The Mother Lode’ by Geraldine Brooks

I find that I’m not so strange to think that it’s through art and books that my understanding of mothering and motherhood has also been shaped – and I find it so fitting that Geraldine Brooks is in here too, offering a non-fiction story called ‘The Mother Lode’ (like Howell, exploring the connection of art and motherhood). I had just shared Brooks’ ‘The Year of Wonders’ as my #StellaSpark, you see, and in particular I remember being a teenager reading that book and being made to feel such a visceral connection to Anna Frith grieving for her children. This line from the book still haunts me; “My Tom died as babies do, gently and without complaint.”

That is, I realise, the gift of ‘Mothers & Others’ too. True, everyone could come to ‘Just Between Us’ and see facets of themselves and their lives – after all, we’ve all had and been friends, surely? Men and women alike? But some may think ‘Mothers & Others’ is less accessible – again, I think of that room being split in Moriarty’s story, of parents and not. But it’s not the case, and not just because these writers are so accomplished and poetic, to have opened a vein and bled (as Ernest Hemingway would have applauded.) There is universality here – yes, partly because even if you’re not a parent you are somebody’s child – but it’s deeper than that. These stories delve into instinct and love, mistakes and do-over’s, fractured lines, family ties and a loss so awful but does not lessen love or title. There’s more universe here than you may think.