I am really excited to share a new crop of #LoveOzYA posters with you all … these posters have been in the works for quite a while now, and they really came together thanks to one person in particular – Shivaun Plozza. She’s not only author of the forthcoming #LoveOzYA book ‘Frankie’ (which Melina Marchetta sings the praises of, FYI) but she’s a very talented graphic designer who put these posters together based on my ideas, and I’m just so grateful to her!

You’ll note that these FOUR posters are not the same ‘Readalikes’ format as the first two in the #LoveOzYA-inspired series. This time around I wanted to let Aussie titles set the agenda, and have a poster entirely dedicated to only OzYA books.

These posters based around genre were inspired by Adele Walsh (from the Centre for Youth Literature, who also sits on the LoveOzYA committee with me) – Adele noted that teenagers don’t really care about genre-labels, they’ll be more interested if you pitch a book just by explaining it in terms of; “intergalactic space war!” So these are genre/non-genre posters, trying to mimic the way teenagers actually recommend books to each other.

... you'll also note that the posters cite the website 'loveozya.com.au' which is COMING (very) SOON!

As always there will be titles and authors that I’ve missed – and I’m so sorry for that! I am trying to recommend as many authors as possible, and not double-up on author-recs by having their books appear on more than one poster … but I’m going to fail and I totally own that. My apologies – there are just too many awesome Aussie YA books!

But never fear, because I have ideas for future posters – the next one I have in mind is to team up with the awesome Michael Earp, and create poster/s based on his great ‘Australian LGBTQ YA’ tumblr. I just need to find another kind graphic designer willing to make those for me :) watch this space!

In the mean time, I hope you like these FOUR (!) new posters.
And thank you again to lovely Shivaun! 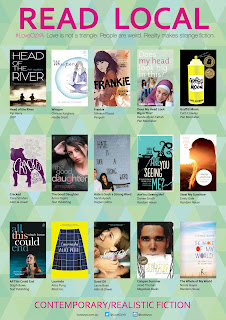 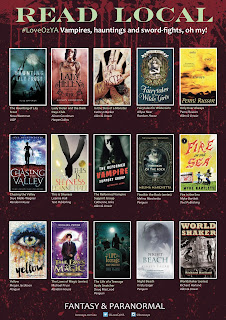 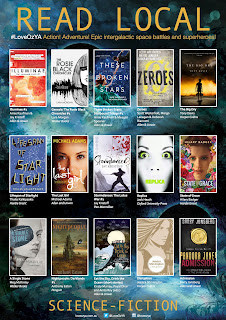 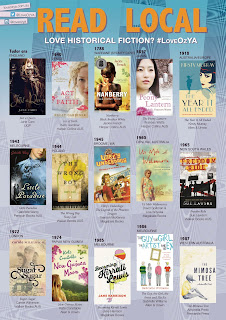