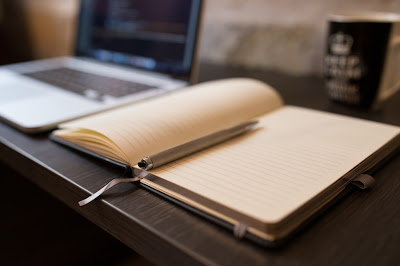 Some thoughts on editing YA and kids books containing Indigenous content

A few people have asked me recently about the kinds of things editors need to know in order to appropriately edit YA and children’s books that contain Indigenous characters/content. So here’s a few thoughts on some of the things that editors might find it useful to inform themselves about.

A Lack of Sustained Engagement

It should be noted at the outset that a lack of editorial knowledge regarding Indigenous peoples and realities in part arises from the fact that most of the Australian publishing industry – and the literature industry more generally – lacks any history of sustained engagement with Indigenous peoples. Engagement has tended to be on a one-off, ad hoc basis with all the failings that can entail – inconsistencies in approach (including inconsistencies within the same publisher); a lack of retention of corporate knowledge (because knowledge resides with one person and is lost when they leave); and a lack of meaningful, sustainable connections between a publisher and Indigenous peoples.

The obvious framework through which publishers can foster engagement with Indigenous peoples is a Reconciliation Action Plan (RAP). RAPs are increasingly a feature of the public and private sector, including the schools sector. A RAP – which is a business plan that details how an organisation/corporation will achieve reconciliation – is built around three core elements: fostering respect for Indigenous peoples and cultures, building relationships, and creating opportunities (both through Indigenous employment and through supplier diversity). Detailed instructions on the development of RAPs are available at the Reconciliation Australia website.

Best practice standards are contained within the AIATSIS Ethical Research Guidelines, the AIATSIS Ethical Publishing Guidelines, and the Australia Council for the Arts Indigenous Writing Protocols. The research guidelines are relevant because there is an intersection between literature and the extensive work on working ethically with Indigenous peoples that has emerged from the research field. This is especially so in relation to non-fiction or fiction that draws heavily from fact (eg from historical events); and to collaborations between Indigenous and non-Indigenous peoples. Editors should be well familiar with all these documents. In addition, every editor should have read Murri lawyer Terri Janke’s recent publication Indigenous Cultural Protocols and the Arts, which relates to the Australia Council protocols and sets out a series of questions that any arts practitioner should ask in relation to projects involving Indigenous peoples/knowledges/cultures. These questions are equally relevant for any editor to ask when seeking to ensure a best practice approach has been followed.

Editors should further be aware of two intersecting areas that underlie the guidelines and protocols: Indigenous Cultural and Intellectual Property (ICIP), and the principle of free, prior and informed consent.

The leading Australian expert on ICIP is Terri Janke. I would suggest that editors read Terri’s presentation Who Owns Story (and the associated discussion on copyright on the AIATSIS website), and More Than Words: Writing About Indigenous Australia.

The principle of free prior and informed consent (FPIC) is an international best practice standard applied to projects and initiatives concerning Indigenous peoples, and will be especially relevant to collaborations with non-Indigenous peoples. In essence, ‘free’ means free from coercion, manipulation or pressure. ‘Prior’ means with sufficient advance notice, including allowing enough time for Indigenous consultation and/or Indigenous consensus decision-making processes. Informed – in the context of literature – means Indigenous peoples being comprehensively informed as to the nature of a given project/book, including (1) what ICIP issues arise and how ICIP will be protected (2) what return of benefits there will be to the Indigenous peoples/communities involved in the book/literature project; and (3) any potential risks for Indigenous peoples. For an example of an Indigenous FPIC protocol, refer to the Kimberley Land Council’s research protocol

In the context of the literature industry, cultural competency requires an understanding of whiteness. The industry itself is overwhelmingly white both in terms of its employees and in terms of the underlying structures and philosophies embodied within the institutions (including publishers) that comprise it. This includes unconscious but often deeply embedded assumptions as to the superiority of Western culture, cultural expressions and institutions over those of Indigenous peoples (and other non-white peoples). It also includes the operation of white privilege (although all non-Indigenous peoples who live on Indigenous lands are to some degree privileged in relation to Indigenous peoples, because everyone who came to Australia post-colonisation has gained in some way from the dispossession of those who were here before.)

White privilege was defined by US scholar Peggy McIntosh in her watershed work on the subject as an invisible package of unearned assets that she could count on cashing in on everyday, but to which she was meant to remain oblivious. In 2010, Black writer Zetta Elliott adapted Peggy McIntosh’s analysis to discuss the present day literary industry in the US; I’ve drawn on Zetta’s article to write about privilege in Australian literature. Other Australian YA/kids writers who have addressed privilege include Rebecca Lim and Justine Larbalestier. In the US, there is a wealth of online commentary on the subject of whiteness, privilege and YA/kids lit, including the following: Daniel Older, Diversity is not enough: race, power, publishing; Allie Jane Bruce, On Being White: A Raw, Honest Conversation; Zetta Elliott, It’s not me, it’s you: letting go of the status quo; Megan Schliesman, Lessons on Reading While White; Ellen Oh, Dear White Writer (and for some of the reaction to Ellen’s post, see here and here). Any editor familiarising themselves with commentary in this area should also read Robin DiAngelo’s work regarding the concept of ‘white fragility’, as this concept is often referenced in US discussions.

What about gaining knowledge about Indigenous peoples? There are a range of online resources that editors may find helpful, including: Indigenous terminology guides (for example, the Flinders Uni guide); Reconciliation Australia’s Share Our Pride module; answers to basic questions as well as explanations of common myths about Indigenous peoples; resources on history including the 1967 Referendum, land rights, and the Stolen Generations; and the websites on culture and Country created by Indigenous nations, such as the Kaartdijin Noongar (Noongar Knowledge) website. Reading online materials is not of course a substitute for formal cultural competency training. But in the absence of publishers engaging Indigenous peoples to offer such training, editors should try to be as informed as they possibly can, and in this respect, there is one more source with which all editors should be familiar: Indigenous literature. There are a wealth of Indigenous Australian voices in Australia, and one of the best ways to learn about being Indigenous is through reading the works of Indigenous peoples speaking to our own worlds. And in relation to YA and children’s literature, begin with the extensive catalogue in this field of the Indigenous publisher Magabala Books.

There is a global dialogue happening around diversity in literature – or rather the lack thereof, and in particular, the massive under-representation of diverse voices. In the US, this conversation includes websites dedicated to providing thoughtful, in depth analysis of representation in literature. We don’t yet have the equivalent of such websites in Australia. But anyone with an interest in Indigenous peoples and literature should be regularly reading the work of Nambe Pueblo Indian woman Debbie Reese at her American Indians in Children’s Literature website. Editors should also be informed about the diversity conversation more broadly. The intersections between different experiences of exclusion are important, especially because anyone who belongs to more than one category of difference will be even more marginalised still (in this respect, Indigenous women are amongst the most marginalised on earth; Indigenous LGBTI Australians are at a particularly high risk of suicide, and Indigenous Australians are almost twice as likely to be living with a disability as non-Indigenous Australians). Diverse Australian YA/kids authors who have written to diversity issues in Australian literature include myself, Sarah Ayoub, Rebecca Lim, Gabrielle Wang, Will Kostakis and Erin Gough. US websites that address representation issues in YA/kids literature include: Disability in Kids Lit; GayYA; Oyate; Reading While White; Rich in Color and the We Need Diverse Books movement.

There are a multitude of voices in this space speaking powerfully to why representation matters, and to the many dangers and manifestations of mis-representation.

So if you want to be informed – listen.

Ambelin Kwaymullina is an Aboriginal writer, illustrator and academic who comes from the Palyku people of the Pilbara region of Western Australia. She works at the Law School at the University of Western Australia and is the author of a number of picture books as well as the YA speculative fiction series, The Tribe.