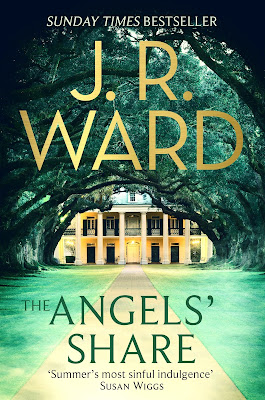 Behind the glamorous facade of Kentucky's most famous family lurks a secret - one that threatens its very foundation . . .

In Charlemont, Kentucky, the Bradford family is the crème de la crème of high society - just like their exclusive brand of bourbon. And their complicated lives and vast estate are run by a discrete staff who inevitably become embroiled in their affairs. This is especially true now, when the apparent suicide of the family patriarch is starting to look more and more like murder.

No one is above suspicion - especially the eldest Bradford son, Edward. The bad blood between him and his father is known far and wide, and he is aware that he could be named a suspect. As the investigation into the death intensifies, he keeps himself busy at the bottom of a bottle - as well as with his former horse trainer's daughter. Meanwhile, the family's financial future lies in the perfectly manicured hands of a business rival, a woman who wants Edward all to herself.

Everything has consequences; everybody has secrets. And few can be trusted. Then, at the very brink of the family's demise, someone thought lost to them forever returns to the fold. Maxwell Bradford has come home. But is he a saviour . . . or the worst of all the sinners?

‘The Angels' Share’ is the second book in a new family saga and contemporary fiction series by J. R. Ward. It’s following on from the events of first book, ‘The Bourbon Kings’ – which is also where the series takes its title name.

I didn’t mind last year’s first book in this new contemporary series from J. R. Ward, who is branching out from her insanely popular romantic urban fantasy vampire series’ ‘Black Dagger Brotherhood’ (the 14th book of which is also out this year), and her gritty angel series, ‘Fallen Angels’. But I was suitably forewarned ahead of my reading ‘The Bourbon Kings’, not to expect a romance. As such, I came away from that first book thinking it had a lot of problems, but had also laid some interesting enough foundations for me to come back for the second instalment … unfortunately ‘The Angels' Share’ is a hot mess. Or, rather, not even a hot mess; as the problems of the first book seem to have carried over and been exacerbated to an almost unreadable point in this second foray. Let me see if I can explain …

Partly why I was keen to come back for round two with Ward’s Bradford Family, was the hopes that the lacklustre semi-protagonist and HEA pairing in the first book wouldn’t pull such a focus in the second. Middle-son Lane and his Sabrina-esque romance with landscape gardener Lizzie was a total snooze-fest in ‘Bourbon Kings’. A lot of their romance was about alluding to their love affair of two years prior, and asking readers to believe that they really were as hot n’ heavy as they kept saying they were.

I was keen, from reading the blurb of ‘The Angels' Share’ that this second book would follow a similar series structure to the Black Dagger Brotherhood, and only allow Lane and Lizzie to pop in for cameos, but would otherwise let eldest and broken brother Edward take the story reigns and so on with each subsequent instalment, alternating character-focus … unfortunately, that’s not the case. Lane still gets majority page-time, and as he’s taken over the declining family business we still get a lot of him. Except this time it’s a lot of him crunching numbers with family lawyers, blackmailing his accountant buddy from New York to keep crunching numbers, and just generally being a snooze-fest. That extends to his still lacklustre relationship with Lizzie – the two of them don’t even get sex scenes, instead they get this;

“When you and I were in my father’s office, I wanted to push everything off the top of his desk and have sex with you on the damn thing.”


.... Yah.
This scene ends, FYI, with Lizzie and Lane having sex (that we don’t read about) on Lizzie’s desk, but not before Lane suggests carefully placing Lizzie’s laptop on the floor instead of pushing it off in the heat of passion. Cue: missionary.

Edward’s storyline from the first book had him in unrequited love with the daughter (and CEO) of a rival business family. But when we first meet up with Edward in ‘The Angels' Share’, there’s no mention of Sutton and instead he’s playing with fire (in a halfway titillating way too!) with his new stable hand, Shelby. Unfortunately this goes nowhere, and Shelby as a character joins the rank and file of about 20 others who don’t really make a whole lot of sense in this series, and roughly 18 of them should probably vamoose off the page …

Look, I know Ward thinks she’s writing Dallas meets Downton Abbey. I get it. She even has Lizzie allude to the fact;

Lizzie looked away, her brows lowering. When her eyes shifted back, she spoke in a soft voice. “Just so you and I are clear, yes, I may be staff, but I don’t need the wake-up call that’s coming your way. I am well aware of the situation this household is in, and if it makes you feel better to play Downton Abbey with me, that’s fine. But it’s not going to change the reality that your ‘modest’ wedding reception is more than you can afford right now. And I’m not ordering so much as a dandelion head without your brother’s permission.”

Gin felt the branches of her extensive family tree straighten her spine. “Well, I have never—”

But it’s not working here. And her trying to cover all manner of upstairs/downstairs commentary has made for a fractured series in which I don’t end up caring or even liking any of the Bradford Family, I speed-read through the scenes of Master Distiller (I’m not even kidding) Edwin “Mack” MacAllan and wonder what the heck Lane’s NY accountant buddy is even doing here if there’s not going to be an inkling of set-up for him in future books beyond a minor plot-point in ‘Angels’ Share’ …

I only slogged through reading this book (and then speed-reading a far chunk of it) for Bradford sister (and Daisy Buchanan-wannabe) Gin, and her broken romance with family friend/lawyer, Samuel T. Gin had a violent encounter resulting in rape towards the end of the first book, at the hands of the man she convinced herself she needed to agree to marry because Samuel T. wouldn’t have her, and she was running out of money. Gin’s storyline is the only one with high stakes and interest for me, and it’s not that I want to read her being repeatedly abused (the scenes are mostly alluded to in this book, not as graphic as in the first) but it’s also that she and Samuel T. have been set up with believable back-story that’s the only one I’m invested in … in the form of Gin having been a pregnant teenager, giving birth to Samuel T’s lovechild, Amelia, whom Gin seems to have neglected throughout her young life and Samuel T doesn't even know is his.

I was purely reading ‘The Angels’ Share’ in the end, to get caught up on the Gin/Amelia/Samuel T. saga. That’s it for me – and though it was especially unsatisfying in this book (again: Amelia who actually makes sense as a character loses page-time to the likes of accountant buddy, stable hand and Master Distiller) I will probably come back for the third, only in the hopes that their fractured family pull focus, and J.R. Ward at least attempts to correct the course of this train-wreck series.

‘The Bourbon Kings’ series is not good, let’s just put that out there. It’s actually pretty goddam awful … if you like the idea of a Bourbon Family Legacy in the genteel South, then I suggest you pick up Tiffany Reisz’s new book ‘The Bourbon Thief’ for a good bout of mystery-erotica too. Because right now, J.R. Ward’s ‘The Bourbon Kings’ is suffering from a lack of clear direction and an ‘everything but the kitchen sink’ saga-syndrome. It’s refusal to be a romance is also clearly hindering the scope of possibility, and direction for many characters. 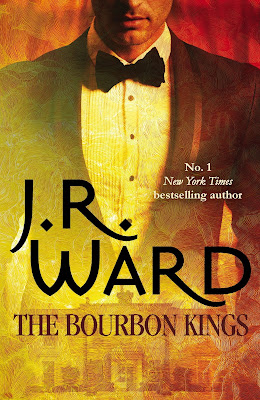