Welcome to the end of 2019, and the close of a decade too. I was going to be *really* ambitious and try to do a ‘Top Ten Faves of the Decade’ list but then I realised … I started this blog in August 2009 and that’s ten-years exactly! Which just blows my mind. So if you want a running-list of my fave books of the last decade, you can literally just look at my ‘Favourite Books’ page. They’re all there.

So I’ve decided to stick to my traditional Fave Books of the Year round-up instead. With the proviso that I seriously didn’t read much this year.
Well.
That’s not 100% true.
I haven’t read lots of *published* books this year.
In my capacity as literary agent I’ve read a TON of manuscripts at various stages of completion (including my own, that I feel I’ve read about X50 times throughout all the editorial stages) and then I’ve also read quite a few soon-to-be-published books by way of advanced reader copies that I can’t talk about yet.
So.
I’ve read a lot, but it doesn’t *seem* like a lot when I compile them all together.

Regardless – here you go. My forever impartial and incomplete list of books I very much enjoyed this year.

·      Saga: Compendium by Brian K Vaughan, art by Fiona Staples – this one is a little bit of a cheat, since the Saga comic-book series began in 2012. The compendium is the compilation of issues #1 - #54 and comes in at a whopping 1328-pages. I bought it as a little (BIG) present to myself and it’s 100% worth it. Saga has fundamentally changed me this decade – it was really my first proper comic series I followed from first-release, and it certainly set the bar HIGH. It’s kind of … everything. A space-operatic Romeo & Juliet, interstellar commentary on love and war, family and cruelty and just – EPIC. I don’t have words except to say that if you haven’t already, READ IT!

·      Guts by Raina Telgemeier – Raina Telgemeier has gone from strength-to-strength and proof of that is in the one-million print-run that Guts got upon release this year. A print-run that Telgemeier easily cleared, such is her enormous popularity in the graphic novel realms and tween literature in particular. Guts is more of her tender and true brilliance about adolescence and gently brilliant.

·      With the Fire on High by Elizabeth Acevedo – Genuinely think that Acevedo is one of the best YA voices writing out of America today. She doesn’t sound like anyone else I can think of, and her prose is literally poetry and utterly electrifying.

·      Making Friends with Alice Dyson by Poppy Nwosu – I was asked to provide an endorsement quote for this book, because it was 1000% up my alley as a smart & steely Aussie YA romance. So this was my full quote about the book that I absolutely ADORED: Don't judge a book by its cover, and don't listen to the rumours about Teddy Taualai! ‘Making Friends with Alice Dyson’ is a sweet contemporary romance about growing up, growing apart, and getting to know someone before it's too late. A tender and true debut about the power of friendship and the trust it takes to really let someone see the real you. What an outstandingly lovely tale with solid heart; intimate and enchanting.

·      Heartstopper Volume 2 by Alice Oseman - the background to this online comic based on a minor character from Oseman’s book ‘Solitaire’ is a really interesting one from a publishing standpoint. Oseman originally conceived of this as a Kickstarter-only project that then became so HUGE it got picked up by a major publisher (Hachette, over here in Oz) and has just recently had television rights sold! But all that aside ... it’s a bloody cute YA romance, telling the story of how Charlie Spring and Nick Nelson finally got together. I’m a little bit obsessed with it and can’t wait for Vol. 3 and the television series being on the way *eventually*

·      The Place on Dalhousie by Melina Marchetta – Probably my favourite book of 2019, from my favourite author of all time. It can be read as a sequel-of-sorts, to where many of the characters within first appeared; in 'Saving Francesca' as teenagers in 2003, and then again in 2010 with 'The Piper’s Son' as young adults. But 'Dalhousie' can also be read and enjoyed as a stand-alone for newcomers to Marchetta’s writing. I don’t think any characters have imprinted on me as much as this cast and watching them grow has been one of the lights of my reading life.

·      The Friend Zone by Abby Jimenez –  this is a book that totally snuck up on me after I bought it randomly at Dymocks. It was romance with bite and a little bitterness, but also heat and heart and I found myself thinking about it for days after finishing …

·      Monuments by Will Kostakis – Monuments turns Sydney and school legend into mythology and magic. A rare alchemy of characters, pace and heart that Kostakis wields and weaves with epic results. A book about what lies dormant within all of us, until we are called to action and forced to reveal the hero within.

·      Queenie by Candice Carty-Williams – I’ve never read a more apt description than those calling this debut “Bridget Jones’s Diary meets Americanah” – it’s not always comfortable, is rather hilarious, wildly honest and painfully addictive. Believe all the hype – give it a read.

·      Sweet Sorrow by David Nicholls – after Marchetta’s, this is probably my second favourite book of 2019. Even though parts of it WILDLY frustrated me, I adored it. There’s this quote I constantly think about from it; “The four of us began our last walk home, turning the day into anecdote even before it was over.” I loved it, I loved it, I loved it – I marked so many passages within because the way he captures aimless, suburban youth is just *sublime*!

·      Pumpkinheads by Rainbow Rowell, illustrated by Faith Erin Hicks – one of the sweetest graphic novels I’ve ever read, about two teenage seasonal workers who are only best friends for the fall when they work at a pumpkin patch together. It manages to capture the unique communities you make when you’re a teen, and the transient nature of your self as you slot into various ‘personas’ but is also just an incredibly funny and adorable episode spanning one evening of adventure.

·      Fleabag: The Scriptures by Phoebe Waller-Bridge – Waller-Bridge is intimidatingly brilliant and reading this was both anxiety-inducing and *fabulously* fun. Described as; “The complete Fleabag. Every Word. Every Side-eye. Every Fox.” And, I mean ... *obviously* I paid especially close attention to the hot priest of season 2. Obvs.

·      The Bride Test by Helen Hoang – her second book marks Helen Hoang as one of the most exciting romance novelists to come out of the end of the decade.

·      Daisy Jones & The Six by Taylor Jenkins Reid – this book is *very* ‘Almost Famous’ meets 'A Star is Born' (the Gaga and Bradley one!) via ‘The Commitments’ by way of Fleetwood Mac’s story. I LOVED this book. It was like reading particularly salacious celebrity gossip but with depth and wonder, romance and heartache and I just can not recommend it enough.

·      The Flatshare by Beth O'Leary – Honestly, I need this quirky love story to be adapted into a rom-com movie (my request is for Riz Ahmed to play Leon) because my SOUL needs it! I haven’t fallen so hard for a book and its author since Rainbow Rowell’s 2011 debut ‘Attachments’ (which ‘The Flatshare’ gave me some vibes to in the best way, plus some Mhairi McFarlane feels - which you KNOW means a lot coming from me!) And, honestly, I haven't instantly re-read a book as soon as finishing since Sally Thorne's 'The Hating Game' - which is high-praise indeed!

·      This is How We Change the Ending by Vikki Wakefield –  I feel like I rushed my reading of this, only because I wanted to *consume* it and I need to go back and re-read to fully appreciate and write a proper review. But I know enough to say – Wakefield gets better with each book, and this one BURNS it’s so good.

·      The Year We Fell From Space by A.S. King – It’s about Liberty Johansen whose family have all fallen out of each other’s orbit - her father moved out, her mother is happy about it and her sister won’t leave the house. And it’s up to Liberty to map these new constellations ... a beautiful and heart-tugging novel of family, growing up and growing apart. Of fractures and the fathomless universe within ourselves and others. It’s *stunning* - as all her books are.

·      A Constant Hum by Alice Bishop – A feast made from grief and completely, hauntingly, divine. ‘A Constant Hum’ by Alice Bishop is a Short Story Collection based on the aftermath of the 2009 Black Saturday bushfires. It features a variation of viewpoints and Short Story forms - everything from minisagas to microfiction, and microstory (of only a few words) interspersed with flash fiction and longer form short stories too. The pace of them - longer and short form one after the other - makes it read like the waves and stages of grief. And sometimes we get the barest hint of an aspect of the tragedy, like it’s all we can handle of the whole. One line a character utters in a story hints at these fleeting moments: ‘It’s okay, Haze, sometimes things just disappear.’

·      Brazen and the Beast by Sarah MacLean – Surprising no one, this second book from MacLean’s new ‘The Bareknuckle Bastards’ series is more brilliance; an absolute master-class in a new era of historical romance that is both feminist, progressive, and hot as all get-out!

·      Sick Bay by Nova Weetman – Nova is so good at writing interior-worlds of young people, and giving them the seriousness they're due. Young readers must feel so *seen* when they read her books, and that's both the hardest and most important thing. I love, love, loved this - gift it to every young person you know!

·      The Dreamers by Karen Thompson Walker – She really writes a sort of gothic-science horror, and insidious Dystopia to a degree - by plucking out one little thread from our humanity & very existence, to see how we unravel ... in this book it’s a question of: what if all young women in one small town went to sleep, and never woke up? Soooooooo delicious & insidious: just as ‘The Age of Miracles’ slowed the rotation of the Earth to see what cataclysmic repercussions it would have, in ‘The Dreamers’ it’s a slowing and succumbing in individuals and how everything gets upended.

·      The Last Widow ‘Will Trent #9’ by Karin Slaughter – I’ll only say that ‘The Last Widow’ is a book of the times. Slaughter has done her research – as always – but in doing so she’s looked into the dark-heart of the current American political and social climate, and it’s nor pretty. This book deals with Neo-Nazi’s, domestic terrorism and homebred militia. It’s honestly one of the most frightening scenarios and back-stories Slaughter has hit on in recently memory, for the very fact that it feels uncomfortably contemporary. 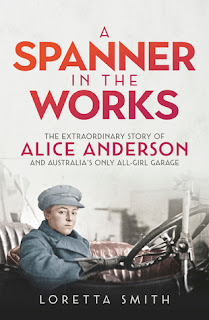 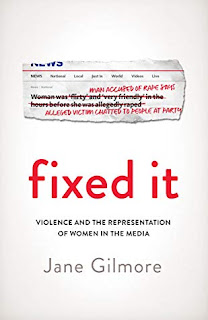 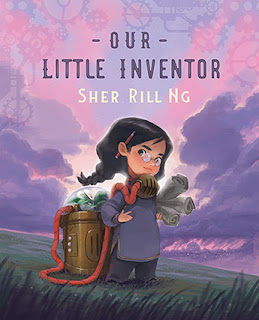 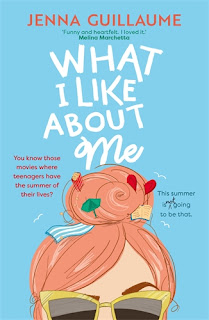 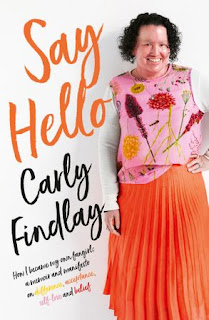 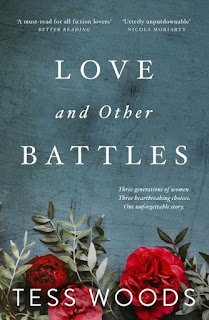 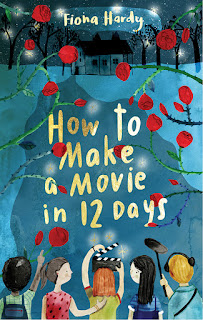 Blatant conflict-of-interest, but … these are books by authors I represent as agent that came out in 2019. I’m proud of each and every one of them, and I was going to do a little write-up of each (but, honestly, look up what I’ve said on social media constantly and gushingly and know it’s all true). But here’s why I’m truly proud of these books; they all feature brilliant female protagonists (both the fiction and non-fiction) and they’re largely about rejecting what society tells us to be and think, and instead going out and doing it your own way, on your own terms and to make yourself happy and the world a *modicum* better place. If that isn’t a brilliant wish going into 2020, I don’t know what is.