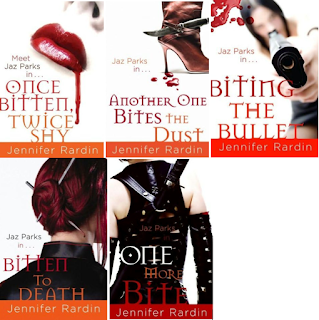 Furthermore, Rardin writes pretty fascinating plots dealing with everything from stolen biotechnology to peace negotiations between vampire packs. So even if you feel deprived of a more substantial romantic plot, Rardin keeps the ball moving with complex whodunit storylines.