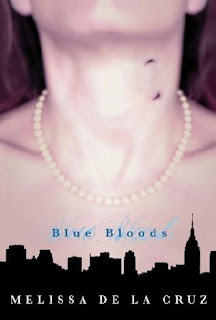 Around about page 144 (roughly half-way through) the entire vampire explanation is given to the chosen Duchesne students by having them attend a lecture. Despite the fact that until this point Bliss and Schuyler have been experiencing strange flash-backs to past lives, have noticed their veins becoming darker and are developing an appetite for raw meat, the big reveal is given in a student/lecture setting. Boring!