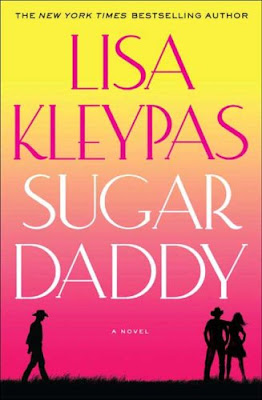 Lisa Kleypas is best known for her regency romance’s – she’s had plenty of success with series such as ‘Bow Street Runners’, ‘Wallflowers’ and ‘Hathaways’. In 2007 Kleypas released her first contemporary romance; ‘Sugar Daddy’, the first book in the ‘Travis’ trilogy that was concluded this year with ‘Smooth Talking Stranger’.

Liberty is one of the best female lead’s I have read in a long time.

“It was enough. You’re mine now. And I want you more than he ever did or ever will. You remember that while you’re getting your head straight. While he’s telling you whatever the hell it is you want to hear from him, you remember –“ Gage stopped abruptly. He wasn’t breathing well. His eyes were so hot you could have lit kindling off them. “Remember this,” he said in a guttural voice, and reached for me.