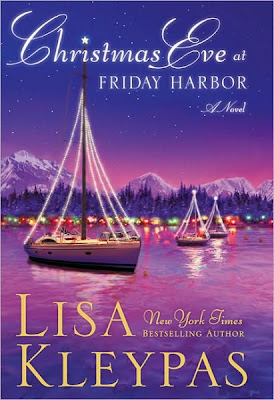 ONE LITTLE GIRL NEEDS A FAMILY
One rain-slicked night, six-year-old Holly lost the only parent she knew, her beloved mother Victoria. And since that night, she has never again spoken a word.

ONE SINGLE MAN NEEDS A WIFE
The last thing Mark Nolan needs is a six-year-old girl in his life. But he soon realizes that he will do everything he can to make her life whole again. His sister’s will gives him the instructions: There’s no other choice but you. Just start by loving her. The rest will follow.

SOMETIMES, IT TAKES A LITTLE MAGIC…
Maggie Collins doesn’t dare believe in love again, after losing her husband of one year. But she does believe in the magic of imagination. As the owner of a toy shop, she lives what she loves. And when she meets Holly Nolan, she sees a little girl in desperate need of a little magic.

…TO MAKE DREAMS COME TRUE
Three lonely people. Three lives at the crossroads. Three people who are about to discover that Christmas is the time of year when anything is possible, and when wishes have a way of finding the path home…


I cannot believe I am about to blaspheme like this. . . but I have now read a Lisa Kleypas book that I did not love. Dare I say; I disliked it? Eek! What has the world come to?

‘Christmas Eve at Friday Harbor’ is the first book in Lisa Kleypas’s second contemporary romance series. The series is set in San Juan Island, off the Washington coast, and centres on long-time Sanjuanense residents, the Nolan family. There are three brothers, eldest Mark, middle Sam and youngest Alex. The brothers also had one sister, Victoria. . . until she died in a car accident. With Victoria’s sudden death comes responsibility the brothers never dreamt of – mainly in the form of their six-year-old niece, Holly. Victoria has named Mark as Holly’s sole guardian, and suddenly the perennial bachelor is thrown into the role of father.

Mark and Holly move into Sam’s bachelor-pad country house, and the two men try to make the most of their haphazard family. But six months into their guardianship and Holly still hasn’t spoken a word since her mother’s death. . . until Maggie Collins.

Maggie was widowed two years ago, and moved to San Juan six months ago to open a classic toy-shop and move on (slowly) with her life. When she meets the dark and brooding Mark, and his fragile niece, Maggie feels her heart and mind opening up to possibilities she thought were lost. . .

Let me start out by saying I didn’t *hate* this book. . . I just didn’t like it. And really, my only complaint is that the book was too short for me to really get invested. It’s only 224-pages long. That’s 224 in a hardcover edition – so the text is a little big and there’s plenty of white-space. I don’t know if it’s just me, but when I’m paying for a hardcover book, I want a little more than a measly 224-pages! It’s really more of a novella, and I think it would have been better-suited to a romance anthology. ‘Christmas Eve at Friday Harbor’ was the reading equivalent of fairy-floss – by the last page I wasn’t in the least bit full and contented, I was just plain hungry.
Personally, I thought the story could have easily gone on for another 100-150 pages after the conclusion.

I actually really like the premise of the book – bachelor brothers thrown into parenthood (yes, it’s very ‘3 Men and a Baby’. . . but I love that movie!). And I liked the Mark/Maggie romance, even if she was a little bit Mary-Sue (a woman who owns a toyshop conveniently falling for a guy who needs parenting help). The romance is also very PG-13 for a Lisa Kleypas book. The tamer romance suits this story, but Kleypas has promised that future books will revert to her more heated pairings. Still, Mark and Maggie were cute and between them they had a lot of baggage that made for great romantic tension;

“You’re too much for me to handle right now, she said baldly. “I’m not ready.”
His fingers played in her hair, combing slowly through the curls. “When do you think you’ll be ready?”
“I don’t know. I need a transitional person first.”
“I’ll be your transitional guy.”
Even now, in her distress, he could almost make her smile. “Then who’s going to be the guy after that?”
“I’ll be that guy too.”

But the romance felt rushed in 224-pages, and considering the bleak beginning of the novel, I think more could have been made of Mark and Sam’s struggles with Holly in the wake of her mother’s death. . . Basically, I liked the ideas behind ‘Christmas Eve at Friday Harbor’, but the short length of the book meant I couldn’t get too invested. And it’s a shame, because all of the great Lise Kleypas moments are there; ready to be brilliant, if only she had been given an extra 100 pages to play with. . .

Lifting his head, Mark smoothed her rambunctious curls and spoke in a voice roughened with affection. “Being alone isn’t safety, Maggie. It’s just being alone.”

Probably the most I got out of this book was a deep yearning to go and visit San Juan. Kleypas’s description of the place (coupled with a Google images search) paints a picturesque American sea-side town – the likes of which I thought could only be found in idealized TV shows and movies. Kleypas goes on to describe the town in finite, mouth-watering detail - including what types of food is sold at the local bakeries and cafes (bacon doughnuts and vegetable quiche!). 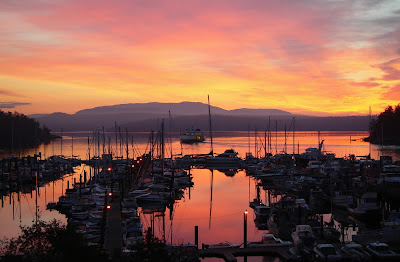 ‘Christmas Eve at Friday Harbor’ is the first book in what looks to be a four-part series. But because Ms. Kleypas is taking a hiatus in 2011 (NOOOOOOOO!) the next few books are scheduled for 2012 release.

I absolutely, thoroughly adored Kleypas’s first foray into contemporary romance with her ‘Travis’ trilogy – those are some of my all-time favourite romance reads! I was thrilled to learn that she had a second contemporary romance series planned. . . but book #1 of ‘Friday Harbor’ really hasn’t tickled my fancy. I’m sorry. I feel like I should hand in my Lisa Kleypas fan-pass. . . I might be willing to give this series a second chance, but only if the word-count is bulked-up and the romance heated up.