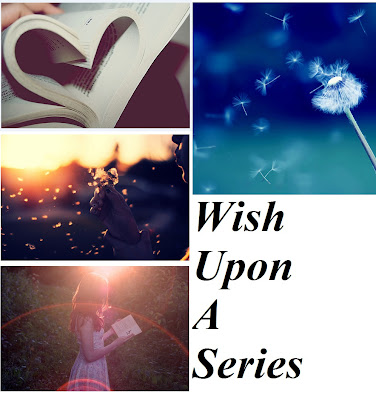 Hello Darling Readers,
So, there are quite a few books and series that I am rabidly anticipating; counting down the months to release, and scouring chat boards for discussions and guessing-games. As a few book releases loom close, I find myself needing to get a few things off my chest, and to voice a few fingers-crossed hopes I have for much-anticipated installments . . . 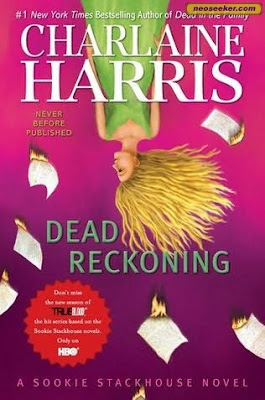 May 3rd will see the release of the eleventh Sookie book, ‘Dead Reckoning’. Rumour has it Charlaine Harris is contracted for at least 3 more books after this one (bringing the series to a close with a grand total of 14 books). However, this is pure and utter rumour because Charlaine’s official FAQ page stresses that she doesn’t know how many more Sookie books there will be. And, really, with ‘True Blood’ going great guns and Harris rocketing up the bestseller lists, why on earth wouldn’t her publishers try to get as many books out of her as possible!?

Look, I am a big Sookie Stackhouse fan (HUGE! GINORMOUS! Heck, I have *that* shower scene from Chapter six of ‘Dead to the World’ practically memorized). I am a confirmed fan, and I will read any and all Sookie Stackhouse novels Charlaine Harris writes . . . but at the moment, the open-endedness of the series is a bit of a hindrance. I would actually like it if Harris had a finish-line in mind because, lately, it feels like the series has been floundering (just a teensy-weensy little bit).

Fans waited 10 books for Sookie to hook-up with the frighteningly seductive Eric Northman. But the second they became a couple, Harris was quick to douse fan’s flames by admitting Eric wasn’t Sookie’s Happily-Ever-After. Harris has said Sookie and Eric’s blood bond will be broken (even admitting what a pain this has been for her to write) and she has said that thus far, Sookie hasn’t met the man who will be her HEA.

So, basically, for as long as Eric and Sookie remain a couple fans will know that it’s just temporary and the real fun won’t kick into high-gear until Sookie meets this mysterious HEA of hers. Great. Okay. It just feels like fans are left cooling their heels while Harris gets the Sookie/Eric obsession out of our system.

I will try to go into ‘Dead Reckoning’ with an open-mind. I love Eric, and I love Eric with Sookie . . . but my wish is that that they break up in this eleventh book - If only to signal the new chapter in Sookie’s life that means she will meet her true soul-mate.

Right now I hope the series refocuses and starts building up a clear end-game. I don’t want Sookie to jump the fictional shark.

Kate + Curran mushiness.
That is all.
. . . Oh, sure, I wouldn’t mind if we delved deeper into the Roland mystery and how it will affect Kate’s future with Curran . . . but mostly I wish for smutty mushiness (I am saying ‘please’ before in the hopes that I will say ‘thank you’ after). 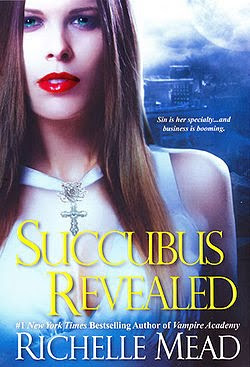 ‘Succubus Revealed’ is the sixth and last ‘Georgina Kincaid’ book, coming out in September this year. I honestly, really, truly don’t want this series to end. Even when I was bawling my eyes out and cursing Seth’s name, I would still count this series as one of the most visceral, and enjoyable reading experiences. I have become so invested in Georgina’s turbulent love life that, while I want to see her happy, I don’t want the rollercoaster ride to end!

I want to know what happens. I need to read Georgina get her happy ending (please, please, please Richelle Mead! Hasn’t she been through enough!?!)

I guess, if I had one unattainable wish for this series, it would be to read Georgina punch Maddie in the face. Just once. A really good sucker-punch. Ka-Pow!

I want Tohr’s book.
That is all.

. . . Seriously. I didn’t love ‘Lover Unleashed’ at all. But I feel like the Warden can make it up to me with Tohr’s book. In fact, I know she will!

Tohr is like John Matthew in that his story has been slow-boiled and set-up over the course of nine books (well, eight books, since he wasn’t mentioned AT ALL in ‘Unleashed’). I feel like Tohr has gone through the first half of his character-arc, and now fans are waiting for the grand finale. I want this soooooooo bad. I want it even more since learning that Layla wouldn’t be his HEA.

I also need Qhuinn and Blay’s book . . . in whatever form the Warden chooses to write it in. Short story. Full-length instalment. On the back of a napkin. Seriously, I will read their M/M HEA any damn way it comes – so long as it comes, hard (*snicker*).

I also have a couple of little wishes for this series, like stories for Trez & iAm. Oh, and for Layla to break out with a bad case of adult acne and to gain a freshman fifteen . . . and if someone wants to punch her in the throat, that would also be awesome. 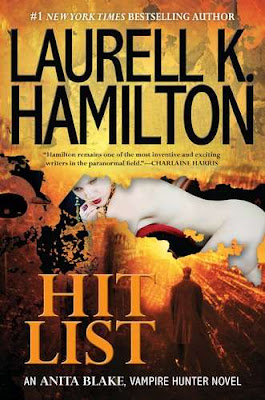 It’s no secret that I don’t have a lot of love for Ms. Hamilton and her butchered Anita Blake series. But I will give props where props are due – the Marmee Noir storyline is pretty awesome.

Marmee Noir is reminiscent of the big-bad arcs Joss Whedon used to write for ‘Buffy’. The Mother of all Darkness is this spectacularly invasive presence who has been sadly neglected in recent books (seriously, what was the point of ‘Bullet’?).

Hamilton had beautifully set-up Marmee Noir as the villain to end all villains – and I totally get that when Anita faces-off against her, it will probably signal the end of the series (I mean, where can you go after defeating Mommie Dearest? She’s like ‘The First’ in Buffy season seven!).

My wish for this series is that Anita retires her hoochie and gets back to the business of paranormal ass-kicker. Marmee Noir could be just the villain to shake Anita out of her sexual haze and pump some life back into this once-great series. But Hamilton needs to get her ass in gear and develop this big-bad, pronto! I hope ‘Hit List’ refocuses this series, and takes Anita back to her heroic roots (preferably with less rooting involved).
Posted by Danielle at 9:14 AM