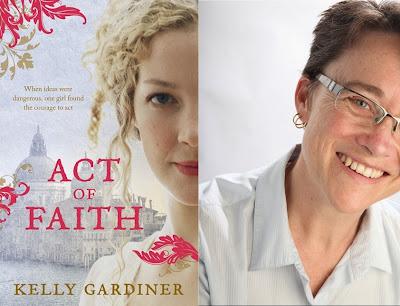 I recently read Kelly Gardiner's new historical YA novel 'Act of Faith' and I was enthralled. The book has it all - murder, treason and plot set amidst a grand European adventure and with a marvelously gutsy heroine at the helm.

So I was delighted to have the opportunity (thanks to HarperCollins) to pick the author's brain and ask some burning questions.

Without further adieu, I give you - Kelly Gardiner!

How long did it take you to write ‘Act of Faith’, from concept to final manuscript?

I researched and wrote it in two phases: the first, longest phase, began when I lived in New Zealand a few years ago and took probably a year including the research. The second phase, redrafting, took about six months part-time, once I’d moved back to Australia – and there was a long gap between the two, which I don’t recommend, because I forgot some of the things I’d researched and had to do it all over again. But real life intervenes sometimes. 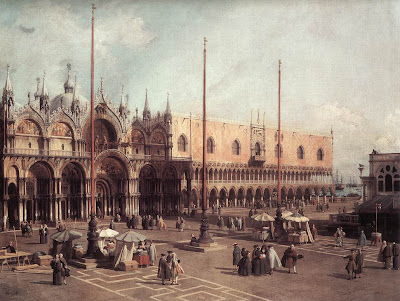 How were you first published – agent or slush pile?

I was first published by HarperCollins New Zealand from the manuscript that I submitted for the first Swashbuckler book. I like to think it never sat in a slush pile, but I guess it did. I posted it in, waited the recommended six weeks, then rang up, terrified, and the lovely Lorain Day picked up the phone and said the words every author dreams of hearing: “Hello, yes, I would LOVE to talk to you about your wonderful manuscript”. Only later did I understand how extremely rare that is.

Then I got an agent to help me with the contracts and rights, about which I absolutely no idea at the time, and she also pitched my picture book to Random House a few years later. But right now I don’t have an agent and do it all myself. 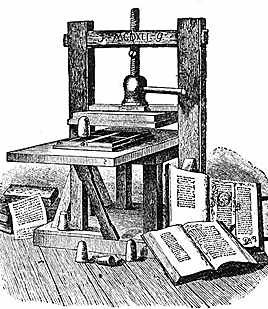 ‘Act of Faith’ takes Isabella on quite the epic European sojourn – from England to Amsterdam, Verona and Venice. Being a travel writer must have helped you recreate these destinations – but did you write any of ‘Act of Faith’ while in these countries and cities, walking those cobblestone paths?

Not in this case, although the sense of place is always very important to me - and I do feel as if my memories of the times when I have walked along the canals in Venice and stood in St Marco are only a heartbeat away. But I do think it’s important, if you can, to write and research on the spot. It’s not always possible, especially in a book where there are so many settings. I wished I could sail up the Rhine, and ride across Italy on horseback, but those things are a little tricky when you also have a day job.

With the Swashbuckler books, I drafted two of the novels, and then went to Malta for fact-checking and to just absorb that glorious place and its history. I’m doing the same with my current work in progress – going to France later this year. Walking in your characters’ fictional footsteps is always safest – harder work than people imagine, but so much fun.

If Isabella was a modern woman living with no misogynistic roadblocks in 2011, what do you imagine her career path would be?

What a great question! I suspect she would be an Orange prize-winning author and philosopher. Or maybe she’d run an independent publishing house – with the signora, of course.
She might even be the Pope. That’d put the cat amongst the Vatican pigeons. 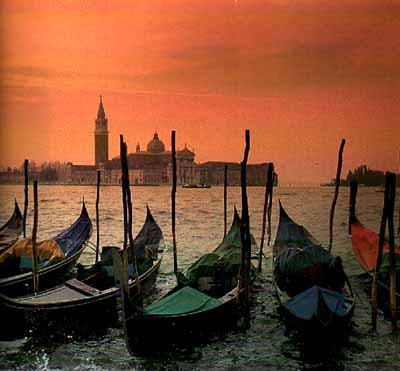 I was ecstatic to read that ‘Act of Faith’ has a sequel coming out in 2013, called ‘The Sultan’s Eyes’. Can you tell us a bit about the sequel (and if Signora Contarini’s prediction of a man to match Isabella’s wit will come to fruition?)
It’s set initially in Venice and then moves to Istanbul, when Isabella, Willem, Al-Qasim and Signora Contarini are forced to flee the new Inquisitor of Venice – Fra Clement. Many of the familiar faces return, including some who may be unexpected, and there is a whole new cast of characters from the court of one of the world’s great empires: The Sultanate of the Women which at the time ruled the Ottoman Empire.

The plotting so far is rather more labyrinthine, so I’m still not sure where some of the threads will lead. As for Signora Contarini’s prediction – well, that would be telling. But you never know. 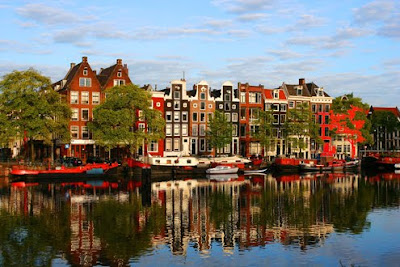 You work at the State Library of Victoria, and there are some beautiful illustrations within ‘Act of Faith’, from the Sticht Collection of the library’s Rare Books Collection. How long did it take you to find these gorgeous images? And how much fun was it to go searching through those dusty tomes?
The collection at the Library is so huge I had no idea those items were even there, but while I was doing the final drafts I did – like many other researchers – ask to look at amazing maps and books printed by people similar to Master de Aquila and Signora Contarini. Then the Director of Collections suggested I look at the Sticht Collection, which consists of hundreds of book leaves, frontispieces and printer devices from the early centuries of printing in Europe.

The first time I looked through them, I nearly cried. They are stuck (decades ago) on loose sheets of creamy cardboard, each in its own protective cover, and you take them out of these boxes in which they are carefully sorted by the country and city of the printing house. We don’t have dusty tomes!

First I looked through and narrowed them down, then I went back and took some photos, then the book designer, Jane Waterhouse, and publisher, Lisa Berryman, came in and we chose our favourites together. They are all from Dutch and Italian printers of around 1650 or earlier. The poor librarian had to get the boxes out of storage about five times, but she was delighted to hear us ooh and ah over them. It was like a magic/time travelling link to the fictional world and we all came over a bit emotional. When we left that afternoon, Lisa said “Let’s not tell anyone how much fun we have at work – they’d never believe it!” 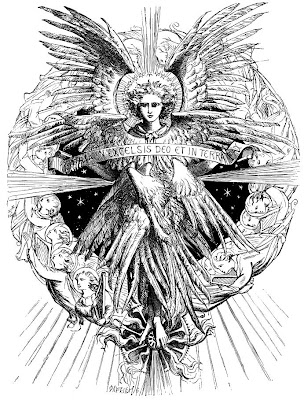 All of your novels thus far have been swash-buckling, historic young adult adventures. What’s the appeal of history – and why do you so enjoy writing for the younger set?

My head is full of history all the time. I can’t help it. Always has been. One of the reasons for that is that when I was younger I read my way through one of the great eras of historical fiction: the books of Rosemary Sutcliff, Leon Garfield, Geoffrey Trease and others. I used to go to the library and stock up every week, and then read them all over again. I’d like to think that I’m continuing their tradition – detailed research, interesting history and a rollicking adventure. That’s the dream, anyway! 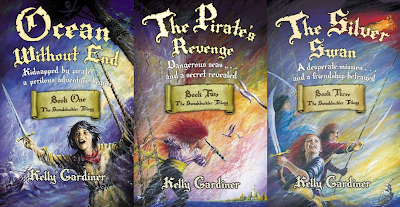 On that note – would you ever write an adult novel?
I’m working on one now – it’s part of my PhD project and it’s a novel based on the life of a real swashbuckler, Mademoiselle de Maupin. I’ve also written one set on the Somme in World War I, but it needs more work before it sees the light of day.

♥
If you stumbled across a time-machine (akin to the Tardis) – what moment in time would you most like to visit?
The moment when Elizabeth I met the Irish pirate queen Grace O’Malley. 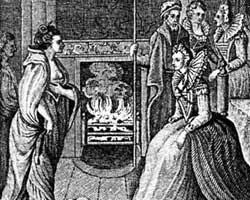 Favourite book(s) of all time?
War and Peace.
♥

Favourite author(s)?
Changes all the time – at present, probably AS Byatt, EL Doctorow and Emma Donoghue.

♥
What advice do you have for budding young writers?

Read. Write. Read. Write. And again. That’s all. Just keep being as good as you can be. On a more practical level, read passages out loud so you can hear if they ring true – and if something makes you hesitate or wonder, then it needs more thought. I learned that the hard way.

I’m currently writing in 25 minute bursts with a five minute break in between, just about chained to the desk so I can’t get distracted. It really works, especially for rough drafting. If I can’t think of the right word or I don’t know some historical fact, I just write “something” and go back to it later. Otherwise I can spend twenty minutes looking up the etymology of one word or the price of boat hire on the Thames in 1640 and not write any more for hours.
Posted by Danielle at 6:29 PM

Email ThisBlogThis!Share to TwitterShare to FacebookShare to Pinterest
Labels: interview, Kelly Gardiner, YA