'Shift' international GIVEAWAY! + Q and A with Em Bailey 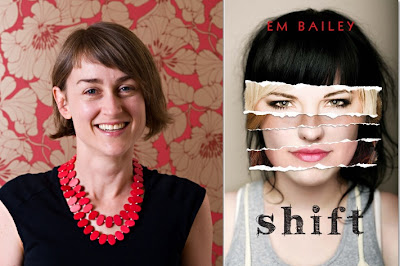 I recently had the great pleasure of reading 'Shift' - the new YA thriller/supernatural novel from Aussie author Em Bailey. The book had me in its throes from page 1 - a captivating and intense read.

So I was very pleased to be given the chance to interview Em Bailey - picking her brain and getting to the nuts and bolts of her thrilling story!

I am doubly excited to announce that (thanks to the lovely Hardie Grant Egmont!) I have one copy of 'Shift' to give away in an INTERNATIONAL contest!

So, without further ado, it is my great pleasure to give you - Em Bailey!
♥
How were you first published, agent or slush pile?
Neither. I got my break when a friend of mine started working for Hardie Grant Egmont in Melbourne. She knew that I was interested in writing (she’d read some of the short stories I’d had published) and she suggested that I submit a book idea to HGE, which I did. They accepted and I’ve been working with them ever since. I know, I know. I was hideously lucky. But I am also very grateful.
Where did you get the idea for ‘Shift’?
The idea came from a couple of different places. The initial trigger was a jokey conversation I had with some friends one night about which celebrities were actually reptilian shape shifters. We had a long discussion about how you could pick them (I think enlarged webbing between the fingers was one of the criteria, as well as having no earlobes). It was silly of course, but it put the idea of shape shifting into my head.
Then a few days later I was walking in town and saw a bunch of high school girls who all looked so similar that it was seeing some kind of freaky optical illusion. It wasn't just that their clothes were the same, it was also the girls’ mannerisms and the way they spoke. They’d obviously spent a lot of time together as they were so perfectly in sync. Watching them I had a flashback to school, remembering how a lot of people (including me) tried to be as much like everyone else as possible. You didn’t want to stand out or be different. I started thinking about how well suited a shape shifter would be to the high school environment, because it would be able to blend in perfectly.
Olive's character came from accidentally overhearing (OK… I was actually eavesdropping…) a girl tell her friend that back at school she was an 'alternative princess.' I was intrigued as to what this phrase meant and starting thinking about what an alternative princess would look like and the path she would have travelled to become one. 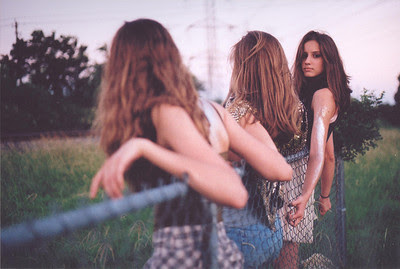 How long did it take you to write ‘Shift’, from idea to final manuscript?
It seemed to take forever – but in reality it was about 2 and a half years from the initial idea to the final, final, I-promise-I-mean-it-this-time, manuscript. I discovered during the process that I am a slow writer - and not one of those fortunate people who can bulls-eye a book with the first draft. It took many painful rewrites to get Shift right and I am eternally grateful that my editors at HGE were so patient with me. I would've booted me out the door around the 12 month mark.
So much of ‘Shift’ is ambiguous and, ironically, always shifting. Readers are never quite sure if they’re reading a paranormal thriller or a psychological suspense. Was it hard to write a book that constantly kept readers guessing – and where you had to leave breadcrumbs for readers to pick up?
I'm so glad you found that Shift didn’t quite slot into one particular genre – it’s exactly what I was aiming for. My publishers describe Shift as 'sitting on the edge of sci fi' and I like this. The balance of genres switched around a bit over the various drafts. In some versions it was more of a sci-fi book and in others it was hardly paranormal at all. So yes, it was tricky getting it right. I learned that the hardest thing about writing something 'suspenseful' is that after you've been working on it for a while it all feels so obvious that it's hard to pull back enough to tell if the tension is working or not. It’s like having someone tell you the same joke over and over – the humour rapidly diminishes!

It’s also really hard to resist ‘over-telling’. I hate it when books do this – I like being able to figure things out for myself – but writing Shift I realised how hard it is to stop yourself. 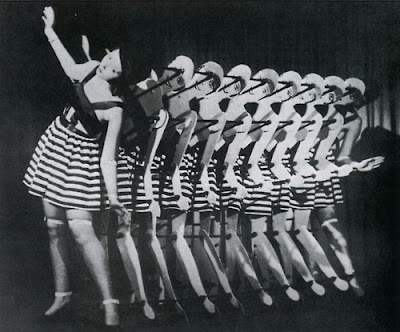 You have picked the perfect terrain to set this novel – the landmine of high school. ‘Shift’ actually feels a lot like ‘Mean Girls’, but with a more sinister, supernatural twist. What is it about girls backstabbing and cliques that held such chilling fascination for you?
Because the initial idea for Shift came after seeing a bunch of high school girls together I never had any doubt that it needed to be mostly set in the school environment. A lot of what goes on between girls in high school is so subtle but can be so devastating. Around the time I started thinking about Shift there were some really tragic stories in the news about high school bullying which I found incredibly heart-breaking. I wanted Shift to touch on some of these issues, looking at how hard it can be for someone lost in the middle of those school years. The central character of Shift – Olive - has been through some big, traumatic changes in her life and feels raw and horribly exposed at school. One of the major threads in Shift is the things Olive does cope with being in this environment. 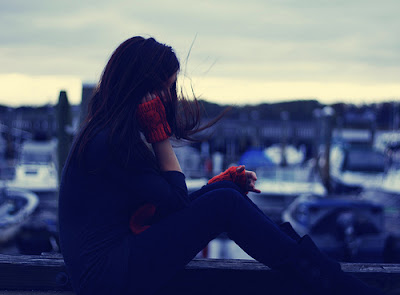 ‘Shift’ has a very different narrator in the form of Olive Corbett – a girl with cracks and big secrets. She’s very interesting for her flaws – but what made you write such a different, skewed YA protagonist (as opposed to a princess-perfect character like Katie)?
Olive went through a lot of changes as I redrafted. She was a lot perkier and more 'together' in the early drafts, but as the book took on a darker tone Olive became darker too. I was happy with this. Flawed characters are much more interesting to write than perfect, well-adjusted ones and Shift needed a narrator like Olive – someone who has positioned herself on the outside, watching what is going on around her. She is also someone whose troubled history makes us unsure how much to trust her. Someone like Katie is too deeply involved in everything that’s was going on to have time to sit back and observe.

Music plays a big role in ‘Shift’ – as a coping mechanism for Olive and a signpost of madness for others. What five songs would you want to appear on a ‘Shift’ soundtrack?
Olive wouldn't approve of anything I suggested. She really only likes music that no one else has ever heard of. She does admit to having crushes on Jeff Buckley and Kurt Cobain so perhaps some of their songs could be on it – but they'd have to be rare B-sides or something previously unreleased.

Who would your dream cast be in a movie adaptation of the novel?
Sadly, I’m hopelessly out of touch with the starlets of today! I always have been, but I’m even more so now that I’m living in Germany and haven't been to the movies for two years. Any suggestions?

Speaking of which . . . have the movie rights been sold yet?
Not yet, as far as I know!

‘Shift’ ends interestingly . . . with a small possibility for more. Do you have plans to write a sequel? If not, then what’s the next book project you’ll be working on?
Originally Shift was going to be the first book in a trilogy, but HGE and I decided in the end that it would work better as a stand-alone novel. There's an ambiguity about Shift that we liked and that would've been lost if I'd written all three books. All the same the other two books floating around in my head so you never know! 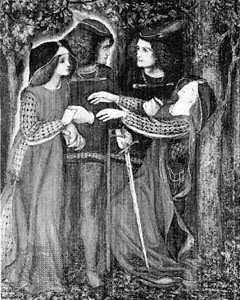 Favourite book(s) of all time?
Such a hard question! I’ve really loved a number of Margaret Atwood’s books – in particular Cat's Eye, The Blind Assassin and The Handmaid's Tale. I also love Lorrie Moore’s short story collection Birds of America – the stories are so funny and yet so sad at the same time. The Amazing Adventures of Kavalier and Clay by Michael Chabon is another favourite book as is The Virgin Suicides by Jeffrey Eugenides.

Apart from the authors listed above my favourite author is a friend of mine, Chrissie Keighery. She has a new YA novel out called Whisper which is about a teenage girl who suddenly becomes deaf after an illness. Now she has to adjust to a whole new way of defining herself and work out how to live her new life. It’s the most gorgeously written book – it’s moving and true and sweet and sad. I feel proud to know her!

What advice do you have for budding young writers?
People always say that budding writers just need to get to it and write – but personally I find it hard to write just for the sake of writing. One thing I found useful was to enter writing competitions and submit stories to small press publications. It meant I had something to aim for and was a good way to stay focused. Keeping a blog can help too – especially once you acquire a few followers because then you learn about writing for an audience.
♥ International GIVEAWAY - A copy of 'Shift' ♥ 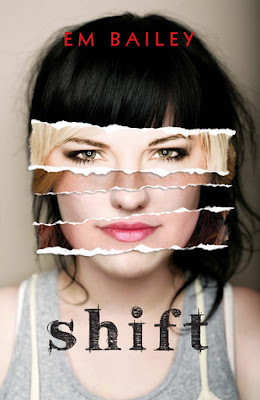 ♥ Become a follower of my blog (if you aren't already)

♥ Answer the question: 'if you could shape-shift yourself into looking like anyone, who would it be?'

♥ Include a way to contact you (e-mail addy is fine)

♥ This is an INTERNATIONAL giveaway!

♥ Contest closes August 31st
I will announce the lucky winner on September 1st
Posted by Danielle at 9:21 PM