'When You Reach Me' by Rebecca Stead 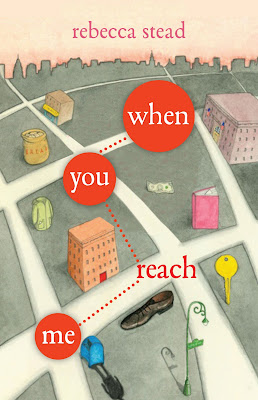 By sixth grade, Miranda and her best friend, Sal, know how to navigate their New York City neighborhood. They know where it’s safe to go, like the local grocery store, and they know whom to avoid, like the crazy guy on the corner.

But things start to unravel. Sal gets punched by a new kid for what seems like no reason, and he shuts Miranda out of his life. The apartment key that Miranda’s mom keeps hidden for emergencies is stolen. And then Miranda finds a mysterious note scrawled on a tiny slip of paper:


I am coming to save your friend’s life, and my own.
I must ask two favors. First, you must write me a letter.

The notes keep coming, and Miranda slowly realizes that whoever is leaving them knows all about her, including things that have not even happened yet. Each message brings her closer to believing that only she can prevent a tragic death. Until the final note makes her think she’s too late.

Miranda is writing a letter. She doesn’t know to whom. She doesn’t know why. But someone has asked her the location of the spare key. And to explain the day that her best friend, Sal, stopped wanting to hang out with her. Someone wants Miranda to write it all down … so she is, slowly.

‘When You Reach Me’ by Rebecca Stead was the winner of the 2010 John Newbery Medal. 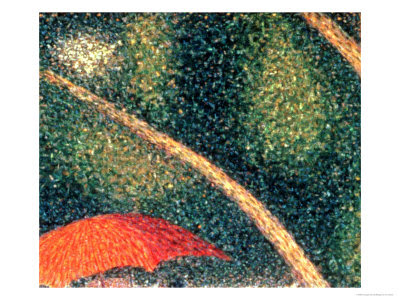 ‘When You Reach Me’ is sort of like the Georges Seurat painting, "A Sunday on La Grande Jatte". Up close it’s just a bunch of tiny, tiny dots – indecipherable and meaningless. But when you stand back, you get the whole picture… and it’s kind of magnificent. 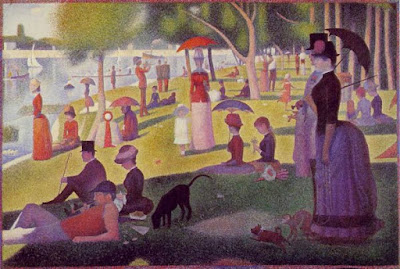 Stead’s novel is set in 1981, and is in part a recollection of her own childhood as a ‘key kid’ in New York. She delves into the curiosities and concerns of many sixth-graders – like losing friends, getting somersault-belly when a cute boy walks past, and facing fears. For Miranda, her biggest fear is the laughing man on the corner street, the man she passes everyday on her way to and from school. He yells out insanities – “bookbag, pocketshoe” – he calls her new friend an ‘Angel’ and Miranda a ‘Smartkid’.

Miranda’s other consuming fear though, is that she’s losing her best friend, Sal. They have stopped hanging out, upon Sal’s request. A run-in with a bully called Marcus has sent Sal into a sort of hibernation, and Miranda doesn’t know what to do about missing him.

But Stead’s novel is bigger than the sum of its parts, and interspersed with Miranda’s narrative about cute boy Colin, and working at Jimmy’s sandwich shop, are curious asides to an unknown person who has tasked Miranda with writing a letter. This person wants to know the location of the key to Miranda’s apartment. They leave notes for Miranda, foretelling of a Christmas present and her mother’s appearance on Dick Clark’s $20,000 Pyramid game show. This person also warns Miranda that when they meet, they will not look the same …

And therein lies the true brilliance of ‘When You Reach Me’. On the surface Stead’s novel is an enjoyable recollection of a NYC sixth-grader navigating the torrential waters of growing up and moving on. But there’s more … oh! There’s so much more. To reveal would be to ruin a wonderfully plotted semi-mystery.

What I liked best about Stead’s novel is that it was intended for a middle-grade audience, but also appeals to a crowd much older than that. Through Miranda, Stead explores big ideas through tactful and succinct sixth-grade musings, and it’s a delight to get Miranda’s view of the world;


Mom says each of us has a veil between ourselves and the rest of the world, like a bride wears on her wedding day, except this kind of veil is invisible. We walk around happily with these invisible veils hanging down over our faces. The world is kind of blurry, and we like it that way. But sometimes our veils are pushed away for a few moments, like there's a wind blowing it from our faces. And when the veil lifts, we can see the world as it really is, just for those few seconds before it settles down again. We see all the beauty, and cruelty, and sadness, and love. But mostly we are happy not to. Some people learn to lift the veil themselves. Then they don't have to depend on the wind anymore.

‘When You Reach Me’ is nothing short of incredible. When you read it through once, you’ll want to go back and read it again – hold the book up in a new light and appreciate the delicacy and interwoven complexity. Wonderful, wonderful, wonderful.