'Autobiography of a Face' by Lucy Grealy 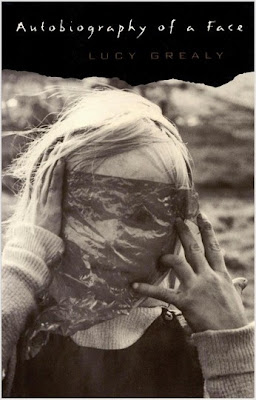 "I spent five years of my life being treated for cancer, but since then I've spent fifteen years being treated for nothing other than looking different from everyone else. It was the pain from that, from feeling ugly, that I always viewed as the great tragedy of my life. The fact that I had cancer seemed minor in comparison."

At age nine, Lucy Grealy was diagnosed with a potentially terminal cancer. When she returned to school with a third of her jaw removed, she faced the cruel taunts of classmates. In this strikingly candid memoir, Grealy tells her story of great suffering and remarkable strength without sentimentality and with considerable wit. Vividly portraying the pain of peer rejection and the guilty pleasures of wanting to be special, Grealy captures with unique insight what it is like as a child and young adult to be torn between two warring impulses: to feel that more than anything else we want to be loved for who we are, while wishing desperately and secretly to be perfect.

A friend of mine recently asked me for a reading recommendation, something outside of their usual crime/fantasy/romance genre. The first book that came to mind was Lucy Grealy’s ‘Autobiography of a Face’. It is a biography/memoir, and one of the most powerful books I have ever read. I was so insistent in my recommendation to this friend that I decided to go back and re-read the book myself. And it’s just as moving and horrifyingly powerful as I remembered.

‘Autobiography of a Face’ was first published in 1994, to much critical and commercial acclaim, and is a New York Times ‘notable book’.

When Lucy Grealy was nine-years-old, she was diagnosed with Ewing's sarcoma, a rare bone cancer that has around about 5% survival rate. Lucy’s cancer was in her jaw, and over the next five years she had several facial reconstructive surgeries that removed a third of her jawbone.

Grealy recounts her time spent in hospital. Her parents tireless bedside vigils and sense of hopelessness as they watched their daughter experience excruciating pain, and come out the other side victorious. Lucy likens her survival to climbing Mount Eiger; a seemingly impossible feat, a miracle.

But the crux of Grealy’s memoir is what came after she survived. The taunts from her classmates and stares from strangers were a different sort of suffering . . . there was no justification for peoples seeming scorn, for their cruel words. And no end in sight, since Lucy’s disfigurement was now a part of her.

Lucy Grealy’s biography is an exploration into identity. Her disfigurement made her an outsider, physically ‘other’ and clearly different. In ‘Autobiography of a Face’ Grealy meticulously and ferociously recounts her transition from a normal nine-year-old New Yorker, to veritable ‘freak show’, whose very appearance seemed to invite people to gawk and stare.

The general plot of life is sometimes shaped by the different ways genuine intelligence combines with equally genuine ignorance.

It’s not just strangers and classmates whose treatment of Lucy affected her. Her parents too, are guilty of imprinting on Lucy a feeling of difference and ‘other’ in the wake of her surgery. Upon leaving the hospital her father is bumbling and embarrassed, barely meeting his daughter’s eye. During a wig fitting for his post-chemo daughter, her father goes into a painful comedy routine which Lucy forgives him for because she understands his awkwardness around her now. When she returns to school, Lucy’s mother buys her multiple short-sleeved turtlenecks, and when Lucy asks why she’d want to wear turtlenecks in the spring, her mother replies; “If you wear something that comes up around your neck, it makes the scar less visible.” Lucy, as memoirist, now understands that her parents were simply trying to limit the fallout – obviously they knew the truthfulness behind “children can be so cruel”, and were finding ways to pre-emptively help their daughter. Looking back on their behaviour, Lucy is also forgiving of them because they were adjusting to Lucy’s difference just as much as she was – their daughter had changed, irrevocably, from what they once knew her as, and there had to be a period of awkward adjustment. But Lucy’s retelling of these memories, crystalline in their remembrance, hints that even these moments with her parents affected and hurt her.

The worst moments come from Lucy’s classmates. She remembers every insult; every hurtful word is imprinted in her memory; “That is the ugliest girl I have ever seen.” When Lucy returns to school she is 14, and older boys on the schoolyard are particularly cruel, entering into a game of one-upmanship in their taunts. Lucy again looks back on this with cold clarity, deciding that they were out to impress each other, commenting on her looks even from a sexual standpoint: “I realized they were passing judgement on my suitability, or lack of it, as a girlfriend.” Understanding she may be, but Grealy doesn't exactly forgive these people for their cruelties.

Part of the job of being human is to consistently underestimate our effect on other people.

I first read Grealy’s book when I was 14/15, and it was perfect timing. I was just at that age when you start comparing your body to other people’s, and noticing flaws in yourself by comparison. It was also at that time when boys started taking an interest in certain girls, while ignoring others. Grealy’s book really threw all my body-flaw panic into stark reality, and upon re-reading I am struck by how much Grealy’s book remains an important critique of ‘beauty’ and society’s preoccupation with the status-quo.

Part of the reason Grealy’s biography is so compelling and easy to read (especially for those unused to biographies) is simply her bitter honesty and lacking sentimentality. She is very much looking back on the events of her life and recounting them as an adult, imbuing them with an adult understanding, dissection and wit. She isn’t coaxing sympathy from the reader (though you’ll give it, undoubtedly) and she’s not being deliberately sappy or ‘woe is me.’ And that makes her recounting of these events all the more painful to read. Grealy is taking away all the cushioning prose and flowery explanations, and just writing stark facts. It’s incredible that someone who has been through as much as she can look back on these profound moments with such pure cadence and honesty.

And Grealy does write beautifully, I'd even say that she writes nakedly. There’s that old quote that goes; “Writing is easy. You just open a vein and bleed.” Lucy Grealy does just that. She pours everything onto the page and holds nothing back. What is left are some frighteningly candid and earnest observations of the human condition and cruelty;

Sometimes the briefest moments capture us, force us to take them in, and demand that we live the rest of our lives in reference to them.

Lucy Grealy, it should be noted, found some semblance of peace when she was accepted into Sarah Lawrence College at the age of 18. It was here that she nurtured a love of words and met influential and accepting friends, among them Ann Patchett (who would go on to write her own memoir on their friendship in 2004, titled ‘Truth and Beauty: A Friendship'). Grealy became a renowned poet, and went on to win two Academy of American Poets awards. But in 2002 she underwent a final reconstructive surgery, after which she became addicted to OxyContin. She died of a heroin overdose in 2002. She was only 39.

‘Autobiography of a Face’ is one of those remarkable books that live in your heart after you read it. I first discovered this book when I was 14, some ten years later and it’s just as powerful as I remembered, and a re-reading left me just as battered and grateful as it did the first time round. 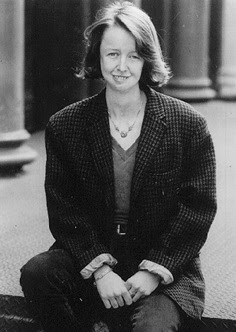