Interview with Gabrielle Williams, author of 'The Reluctant Halleuljah' 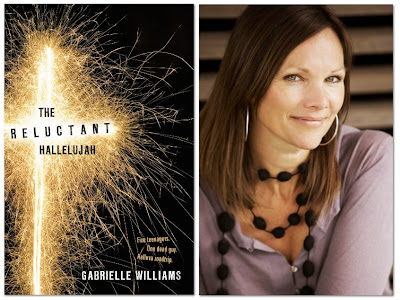 I was so lucky to receive an early copy of 'The Reluctant Hallelujah' a few weeks ago. Since reading the book I have been bursting to share my thoughts and praise... so I am thrilled that today is the book's launch, and I had an opportunity to ask the author, Gabrielle Williams, some burning questions!

This is Gabrielle's second time sitting a Q&A with me, and I am once again very grateful for her time and patience with my long & quirky questions. And a big thanks to Penguin BTL for being equally fabulous!

'The Reluctant Hallelujah' hits stores today - rush out and buy a copy, because it's amazing!
Can I get a 'Hallelujah'?!

P.S. - There are some potential SPOILERS in the below interview. If you don't know what the super secret 'package' is at the center of the story, and you don't want to be spoiled, then I suggest you hold off on reading this interview until after you read 'The Reluctant Hallelujah'. You have been warned!
★


Q: Where did you come up with the (ludicrously quirky) idea for ‘The Reluctant Hallelujah’?

As with most ludicrously quirky ideas I have, it snuck up on me quietly, and by the time I noticed it, it had been sitting beside me for a good few hours so I was kind of used to it by then. In fact, by the time I really noticed it and thought maybe it would make a good idea for a book, it seemed completely and utterly sensible!

Q: How long did it take you to write ‘The Reluctant Hallelujah’ – from first idea to final manuscript?

My first draft took 17 days – I kid you not. As soon as I noticed the idea (sitting beside me), all I had to do was write it up. It seemed to be fully formed and ready to go. My hubby told me to write a chapter a day, and being the obedient wife that I am, I did it. Actually, I’m not that obedient a wife, but I found it intriguing to see if I could actually write a chapter a day. Of course, the first draft was completely unreadable, but at least the idea was down on the page, and that’s always the hardest part for me. Unfortunately, the rest of the process took a lot longer than 17 days – probably 18 months from start to finish. 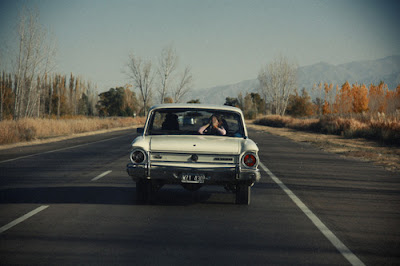 Q: I just love the insanity of a road trip with Jesus! So I’m curious how you ‘pitched’ this idea to your agent and Penguin publishers. How did you ease them into the odd-ball story?
I’m lucky that I’ve got a brilliant agent who is open to anything. And a brilliant publisher who is also open to anything. They were absolutely fantastic and they ‘got’ the book straight away. I didn’t really tell them what it was about, instead I just sent it through saying that it was this idea I had and I thought it was really interesting. However, my American publisher completely freaked, and said there was no way they could publish it. They said it would be waaaaay too controversial over there, and suggested I change Jesus to Elvis (insert gobsmacked smiley-face icon here!!!!!).

Q: I’m guessing it’s no coincidence that Dodie is short for ‘Dorothy’ and the novel involves her going on a journey with a rag-tag bunch of friends? What made you include the ‘Wizard of Oz’ references? And I wonder if I missed any (or just made wrong ones up?) Hume Highway like the yellow brick road? Could the Messiah be ‘The Wizard’?

Oooh, you’re good. Yes, there’s definitely a Wizard of Oz-ish element to the whole book. I always knew this was going to be a road-trip type book, and what more famous road-trip is there than The Wizard of Oz? I started off with Enron as the scarecrow, Taxi as the cowardly lion, and Jones as the tinman, but as I got further into writing the book those characterisations fell away and the characters developed their own distinctive personalities. But it was definitely a good starting point, and certainly structurally I stayed fairly true to it. Emerald City – Sydney. Yellow Brick Road – Pacific Highway. But I don’t think Jesus is The Wizard. Or maybe he is. I’m not sure.

Q: One reference I really loved in the novel was to Melbourne’s Cave Clan. Which is a group dedicated to urban exploration – they wander around the city’s underground network of drains, and Dodie bumps into a couple of them when she, Enron and Coco are smuggling Jesus out of her family’s basement. In your acknowledgements you do give a little shout-out to some clan men: ‘Ath, Draco & Apex from the Cave Clan for being brilliant guides to the underworld of Melbourne.' So I’ve got to ask… how did you first find out about urban exploration, how did you get in touch with the mysterious ‘Cave Clan’ and did you actually go underground?
The drains of Melbourne are the great untapped resource for all young, single girls of Melbourne – so many cute, cool guys go down there, interested in graffing (that’s cool-speak for doing graffiti) and exploring and just having a bit of an adventure. Of course, it’s completely illegal and really dangerous so I can’t tell you how to contact them or any of those juicy details because my publisher would kill me. And maybe the police would arrest me. And there are probably loads of parents who wouldn’t be terribly impressed with me either. But yeah, it was definitely an experience, going down with those guys. The worst part was climbing down into the drains – I’m scared of heights, and scared of the dark, and the description in the book of Dodie climbing into the drains is taken very definitely from my first-hand experience. 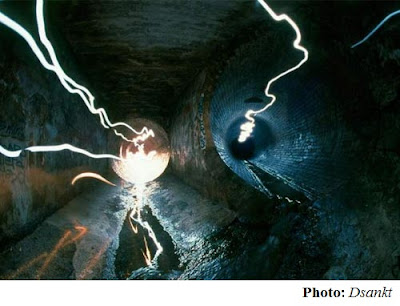 Q: Still on the cave clan … did you think they’d be a good fit for the novel because Jesus did, rather famously, spend some time in a cave?
Ah, that’s hilarious. I hadn’t even thought of that, but now that you mention it, definitely. It’s weird how many strange coincidences happened while I was writing this book. One of the strangest ones was when I was working on my first draft: my husband was driving past a church in Elsternwick, and the board out the front proclaimed ‘Jesus Lives’, and someone had graffitied underneath ‘in my basement’! Which, as you know, is exactly what happens in my book. Bizarre! 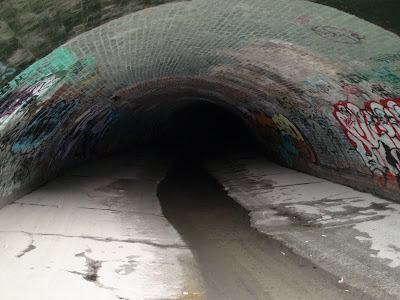 Q: I also really loved the fact that in the novel, Jesus’s ‘saviours’ are the most unlikely group of kids. This spoke to me, because I can imagine a lot of very devout, deeply religious people would be horrified at the thought of JC spending time with the youth of today (and all their London rioting, drunken, sexting behaviour!) but, actually, Dodie and Co. do a pretty good job of coming to the rescue. Did you think it would be interesting to see Jesus hanging out with today’s generation? And all the trouble they could get into?
I think Jesus stills lives in people’s imaginations – whether they’re Catholic or not – because He was such a good bloke. That’s my impression of Him. I think He would have been ace fun to hang out with, and probably had a really good sense of humour. And I’m sure He would have been totally into bands and music and partying. A lot of the stuff in my book is written from that standpoint. I think He’s the opposite of judgmental, and people were drawn to Him because He was very charismatic and interesting and saw things differently from the way everyone else saw them. And when you think about it, all the people He hung out with in His day were people living on the edge, so I don’t think He’d have a problem at all hanging out with kids today.

Q: I also loved that Jesus didn’t ‘overpower’ the book. He is the Messiah, after all, he could have stolen the whole show … but the book really focuses a lot on the kids; Dodie, Enron, Coco and particularly Taxi and Jones. Was it hard to let the young protagonists shine, when they’re sharing scenes with the Son of God?
I wanted Jesus to take a back seat (quite literally, in the case of the road-trip) to what was happening with the kids in the book. He’s the catalyst to the action, but he definitely isn’t the main character. It’s about having trust and faith in people. It’s about being a part of something that’s bigger than yourself. And it’s about rocking out to AC/DC on the outskirts of Merimbula. 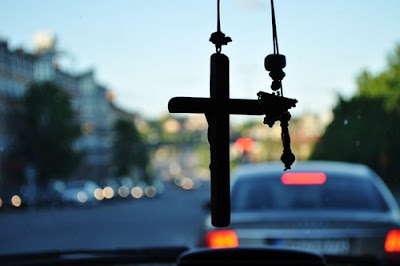 Q: Now, be honest, how many ‘Weekend at Bernie’s’ jokes have you heard about this novel?

Well, we managed to keep the whole Jesus-lives-in-my-basement under wraps for most of the last 18 months, but now that’s it’s getting out there and being reviewed, there are starting to be a few ‘Weekend at Bernie’s’ comparisons. Which is fine with me, because the book has a light-hearted feel to it. 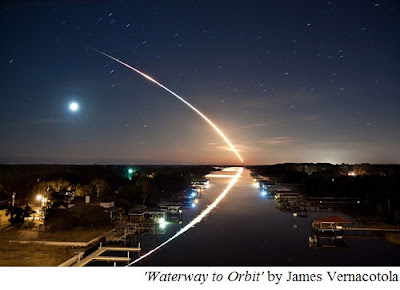 Q: Some people might be reluctant (ha!) to read the book, purely because of Jesus in a modern setting (in a young adult road trip novel, no less!) but you really are respectful to the Messiah throughout the book. And the story really is about faith. So what would you say to those people who will flat refuse to read ‘The Reluctant Hallelujah’ because they assume it’s disrespectful?
I’m sure there are plenty of people who will assume ‘The Reluctant Hallelujah’ isn’t their thing because of the whole Messiah thing. And that’s fine. Personally, I don’t think there’s anything particularly religious about the book (except admittedly, the head of the Church is one of the characters) but if people think it’s not for them, then maybe it isn’t.

Q: I’ve got to ask (and because you mentioned it at Penguin’s ‘between the lines’ open day) – are we ever going to get a ‘Beatle Meets Destiny’ sequel?
I did have a bit of a tinker with a sequel in the early days, and then put it to one side, and then picked it up again, and have put it to one side again. I’m not sure. When I write, I try to write from a genuine perspective, not from a ‘readers are looking for the sequel’ perspective. If it happens, it’ll happen, but I’m afraid I’m not a clever enough writer to be able to engineer a whole book without having my entire heart and soul in it. I have to wait for the idea to flutter into my head, and then I’m off. Until then, I just bash away at the keyboard, trying to stumble upon the idea that is going to capture me as much as it hopefully captures the people who subsequently read it. 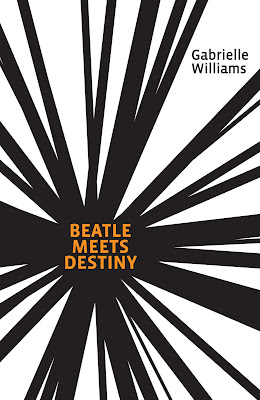 Q: What are you working on at the moment? And when can we expect your next novel?
I’ve got this idea that I’m really excited about at the moment. It’s about the world’s most awesome party that happens on one night in Melbourne, and changes people’s lives for ever. It’s like a cross between Peter Seller’s ‘The Party’ and ‘Romeo & Juliette’. Which reminds me … when can we all expect YOUR new novel, which I’ve heard secret rumours about?
Posted by Danielle at 1:00 AM

Email ThisBlogThis!Share to TwitterShare to FacebookShare to Pinterest
Labels: Australian YA, Gabrielle Williams, interview, Q and A