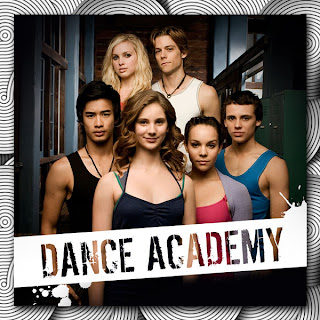 I have said it before and I’ll say it again - it’s very rare that I blog about anything other than books. So when I make an exception to this rule, you can guess that I have a new (worthy) obsession to spruik.

My new exceptional obsession is the Australian ABC3 teen drama, ‘Dance Academy’. To be fair, I am jumping on this band-wagon way too late. The first season aired in Australia in 2010, followed by a year-long gap when the show’s creators didn’t know if it would be picked up for a second season . . . which it (thankfully) was, airing this year between March and April. There are 26 episodes in a season, and the last one for 2012 aired on April 24. And, yes, a third season has been commissioned (no word on whether or not there will be another year-long gap between season 2 and 3, making for a 2014 release?).

The show follows fifteen-year-old country ballerina, Tara Webster (Xenia Goodwin) whose love of dance stems from a dream of flying. Tara gets one step closer to her dream when she is accepted into Sydney’s prestigious National Dance Academy. . .  but it doesn’t take long before Tara realizes that loving dance isn’t the same as being a good dancer. 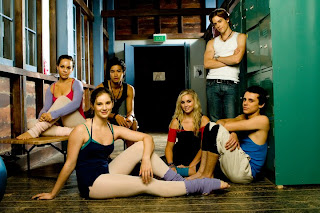 Tara’s technique is not where it needs to be, and her fellow students at the Academy are cut-throat, with their eye on becoming principal dancers by the end of their three years. In her first week at the Academy, Tara is given the nickname ‘training bra’ by scholarship kid Christian Reed (Jordan Rodrigues) after an embarrassing changing-room incident with the beautiful Ethan Karamakov (Tim Pocock) who happens to be the half-son of an infamous Australian prima-ballerina and choreographer. Tara’s roommate is Abigail Armstrong (Dena Kaplan) the best and most ruthless first year dancer at the academy, and the one with the biggest grudge against ‘country bumpkin’, Tara.

Tara is ranked lowest in all of her dance classes and her teacher, the cold-blooded Miss Raine (Tara Morice) lets her know that she has a long way to go. . .  But Tara got into the Academy because she has something that no dancer can learn – she puts her heart and soul into every pointe and pirouette. She dances from the heart.

There are bright spots in Tara’s new life. Like Ethan’s half-sister, Kat Karamakov (Alicia Banit) a bubbly, bright and begrudgingly good dancer who struggles to be one of the ‘betty bunheads’. Kat’s best friend is Samuel ‘Sammy’ Lieberman (Tom Green) string-bean with a heart of gold, who is attending the Academy without his father’s support. 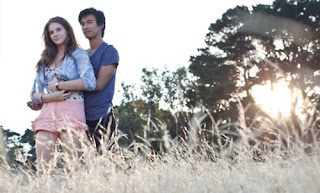 Season one of ‘Dance Academy’ follows Tara and her friends through the highs and lows of first year. Second season shows the gang return for second year, and adds goofball Ben Tickle (Thomas Lacey) to the crew, as well as new prima mean-girl in Grace Whitney (Issi Durant).

‘Dance Academy’ is phenomenal. Created by Samantha Strauss and Joanna Werner, it is a fantastic series that combines a coming-of-age story with all the requisite heartbreak, love triangles and hiccups, with the backdrop of a competitive creative environment.

The show is shot in the heart of Sydney, literally. The National Dance Academy is situated near Circular Quay, while the boarding school lies in The Rocks (the most beautiful and expensive area of the city). There are lots of panning shots of the Harbour Bridge, and especially in second season the Opera House becomes the stage for a worldwide dance competition, the Prix de Fontayne.

I also love the show because it has a great, diverse cast. When so many Australian shows are lacking ethnic diversity in their casts, ‘Dance Academy’ shows a far truer Australian melting-pot and is more interesting for it. But the diversity is also in the storylines explored – the show had a wonderful plot about Sammy being attracted to his male roommate, Christian . . .  this plot, in particular, was handled beautifully with no over-dramatizing; it was treated as the coming-of-age it was, grounded in reality and with little flamboyance some shows sometimes want to give the ‘coming out’ storyline. 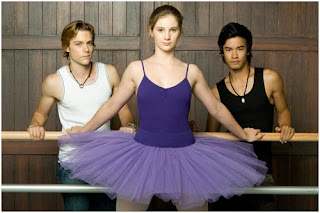 Other heavy issues have been touched on – such as eating disorders and bullying (in the form of teacher/student, to make for an especially interesting change). And, of course, the complications of love and relationships are also consistently touched on. From liking your best friend’s brother, to liking your best friend’s ex. First season has a mini love-triangle between Tara, Christian and Ethan while second season changes shape to explore a Kat/Christian/Tara love complication. The romantic up’s and down’s of these characters are a real draw-card for fans, and the writers do a brilliant job of spreading the drama out across 26, half-hour episodes. But my favourite couplings have been Sammy’s – the character with the most interesting and diverse love background, I have most enjoyed his romantic storylines. 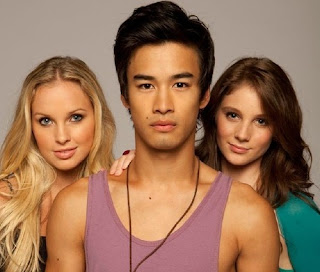 I can’t go past a review of ‘Dance Academy’ without at least touching on the dancing in the show (even though I must confess, I have the dance skills of a one-legged robot). The choreography is beautiful, and tells a story in itself. From Tara’s obsession with ‘The Red Shoes’, to Sammy’s explosively heartbreaking season two solo, performed to the Jezabel’s ‘She’s So Hard’. The actors do a remarkable job, and the choreography is so good that while watching an episode I do find my feet pointing and hips shaking. God, I wish I could dance. 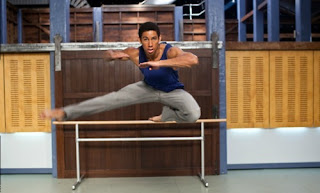 I fell into obsession watching the first season of ‘Dance Academy’, but it was really the second season that cemented this show as something truly remarkable for me. The second season storyline takes a dramatic and heart-wrenching twist towards the end. I refuse to give anything away, but save to say the writers outdid themselves and the actors broke my heart while watching a breathtakingly sad story unfold.

‘Dance Academy’ is one of the best Australian shows I have had the pleasure of watching in recent years. It’s a little bit ‘Centre Stage’ crossed with ‘Heartbreak High’, and with stories and dialogue that would do Aussie YA proud. The actors are phenomenal, the choreography sublime and I am happily addicted. For curious international’s, I believe ‘Dance Academy’ episodes can be downloaded on iTunes and through Amazon (don’t hesitate – just watch and get on the bandwagon!). 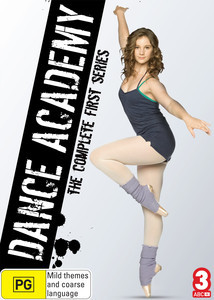