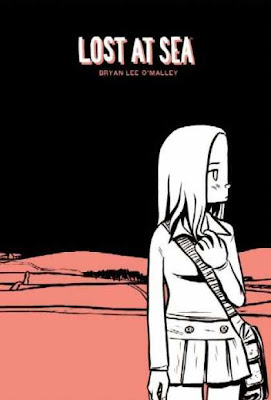 The first thing you should know about eighteen-year-old Raleigh is that she doesn’t have a soul. 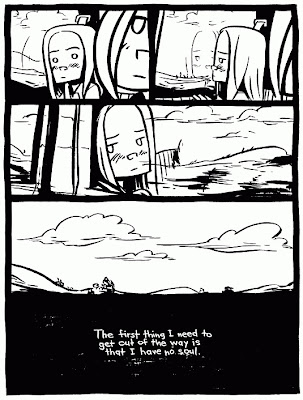 She might have had one once, back in the day of diapers and innocence, but she lost it somewhere along the way. She can’t quite remember where.

Raleigh gets by being soulless; kind of. But it’s during a cross-country road trip with three of her classmates that Raleigh feels the acute loss. She doesn’t do so well with people and socializing; and an accidental road trip, California to Canada, with Steph, Dave and Ian is highlighting all that’s wrong with her.

Then there’s the reason she was in California in the first place. Him. But she doesn’t want to talk about Him. Not yet. Maybe not ever.

For right now Raleigh is content to sit in the backseat and let the world go by.

I’m getting into graphic novels in a big way. Having recently read the brilliant ‘Saga’ by Brian K. Vaughan and Fiona Staples, which is probably at the extreme-end of the graphic spectrum, I wanted something a little different. I actually wanted something that was a YA-equivalent . . . so I stumbled across ‘Lost At Sea’ by O’Malley (who found fame for his ‘Scott Pilgrim vs. The World’ series) and I am now more even more enamoured of the graphic format.

‘Lost At Sea’ is a strange little novel about loneliness and teenageness. We meet Raleigh in the backseat of a car – sitting beside loud girl Steph (who sternly tells her she only has guy friends), and looking at the backs of Ian and Dave’s heads. She vaguely knows these kids from school, but it was an accidental phone-call and the coincidence of them all being in California at the same time that landed her in the backseat. 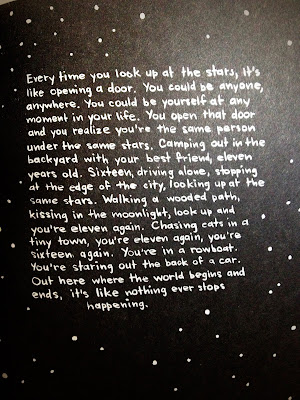 Raleigh feels weird sitting amongst this tight-knit three-ringed friendship. Ian and Dave are both cute and cool; Dave nursing a broken-heart with cigarette smoke and Ian way too tightly-wound but with an endearing sense of humour. Steph wears flowers in her hair and her voice is constantly set to BELLOWS – she jumps on beds and hates Elvis. Seeing these three so close and so connected, Raleigh becomes hyper-aware of all that’s wrong with her. For one thing; she has no soul. For another; she thinks a cat stole it when she was younger.

O’Malley’s novel is a beautifully strange concoction that has many moments that beg you to suspend disbelief . . . but it is, overwhelmingly, an ode to being young and feeling completely, hopelessly and uselessly ‘Lost At Sea’. 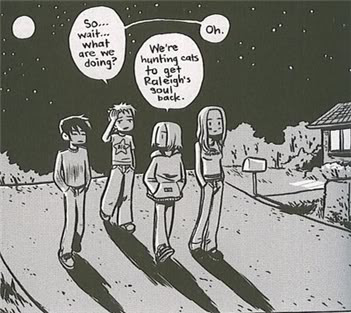 True, this is a bit of an oddball novel (from Raleigh’s soulless state, to her believing cats hold the key) – but the strangeness is part of the beauty when these three relative strangers agree to help her hunt for what’s missing. And isn’t that such a wonderful way to start a friendship? On the basis that someone might be a little bit crazy, but offering to help them anyway.