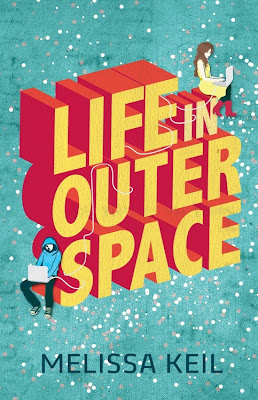 Sam Kinnison is a geek, and he’s totally fine with that. He has his horror movies, his nerdy friends, World of Warcraft – and until Princess Leia turns up in his bedroom, he doesn’t have to worry about girls.

Then Sam meets Camilla. She’s beautiful, friendly and completely irrelevant to his life. Sam is determined to ignore her, except that Camilla has a life of her own – and she’s decided that he’s going to be part of it.

Sam believes that everything he needs to know he can learn from the movies ... but now it looks like he’s been watching the wrong ones.

For Sam Kinnison, most of life’s predicaments can be nutted out with a full-proof ‘Top Five Greatest Movies’ list, tailored to specific occasions. For instance, when he needs reminding why he’d rather be stabbed “in the nuts with a blunt pencil” than attend the Spring Dance, he calls on his Top Five All-Time Greatest Movie School Dance Scenes. This includes ‘Carrie’, ‘Buffy the Vampire Slayer’, ‘Prom Night’, ‘Footloose’ (for “sheer lameness”) and ‘Grease’ (because he believes “the flying car is symbolic of a journey to the afterlife, which means that Sandy and Danny were probably shoved off the Ferris Wheel”).

Sam finds comfort in movies – especially those from the horror genre. And continuously watching slasher-flicks and cult classics is helping his screenwriting career, his current project being Killer Cats from the Third Moon of Jupiter (KCftTMoJ).

If it sounds like Sam is a geek, you’d be right. He plays World of Warcraft, hangs out with the school IT guy to avoid a beating at lunch and sunlight rarely touches his hoodie-clad skin. But Sam is secure in his geekdom, especially because his group of friends are fellow nerds.

There’s Mike, who Sam has known forever. Mike is proudly gay, and a black belt in karate – although something has recently happened to turn Sam’s usually laid-back friend grumpy, and that something has also made him quit the dojo.

Then there’s Adrian, who was just suddenly in Sam’s life one day and hasn’t left since. Adrian tends to have more bravery than sense, but he’s loyal to a fault and over-packs food provisions for just about every outing.

Allison is a big manga fan but she sort of fails at being a girl – she’s quiet and shy, but wicked smart.

Sam has his core group of friends, his WoW universe and his movies. And all of these things serve to distract him from the looming-catastrophe that is his parent’s crumbling marriage.

But then a new girl arrives at Bowen Lakes Secondary – a girl called Camilla Carter who wears Princess Leia buns, op-shop dresses and mega-sized headphones. Her dad is a famous music journalist, and her mother owns a modelling agency. She has lived in New York and London – and her presence changes everything, the moment she slips Sam a note with her World of Warcraft character name – AltheaZorg.

Sam devleopes a theory that Camilla is a reverse demon-spawn, who instead of reaping carnage and destruction is performing social miracles by hanging out with both Sam’s group of nerds and the popular clique at Bowen Lakes Secondary. She somehow brings the two factions together into complete harmony.

Camilla Carter forces Sam and his friends to live outside their stereotypes and see their world differently. She challenges Sam, most of all – and she terrifies him just a little.

This is Sam’s second-to-last year of high school, and Camilla Carter is going to change everything for him.

‘Life in Outer Space’ is the inaugural winner of Hardie Grant Egmont’s young adult ‘Ampersand Project’. It is the debut novel for Melissa Keil, and heralds a new and exciting wave of Aussie YA discoveries.

It’s hard to pinpoint when Keil had me in her grasp and truly suckered in. Was it when she specified the original ‘Buffy the Vampire Slayer’ movie in one of Sam’s numerous top-five lists? Was it when Camilla quoted my favourite line from ‘Say Anything’: “I gave her my heart, she gave me a pen”? Was it when Hardie Grant Egmont revealed the lovely cover, and I drooled just a little? Honestly – it was probably all these little things amounting to a great big book of gooey-awesomeness that had me declaring Melissa Keil a hot new Aussie YA talent.

The book is narrated by Sam Kinnison – in such a pitch-perfect and endearingly nerdboy voice that Keil had me fooled right from the get-go. He’s a sweet guy, if a little awkward and frustratingly content to rest on his laurels. When the book begins he has slotted himself firmly into the role of ‘geek’ and given the likes of popular-douche, Justin Zigoni, a lot of power over him and his friends. We spend just enough time inside Sam’s screenplay-writing-slasher-flick-watching mind to know that when Camilla Carter walks into his classroom, the tremors are felt deep down.

What I really, truly loved about this book was that Keil plays with a lot of young adult contemporary tropes – she sets them up to knock them down and in doing so, she happily wrecks Sam’s entire outlook on life, and forces him out of his comfort zone bit-by-bit.

Take, for instance, Camilla Carter. Initially readers may figure her for the Manic PixieDream Girl archetype. She has the prerequisite kooky dress sense, a firm belief that ‘Star Wars’ is for everyone and not just boys – and she’s trying to level-up her Dwarf in World of Warcraft. She is every nerdboy’s dream girl. But the book becomes about Sam digging deeper into Camilla’s surface-perfection – he discovers that her home life is not ideal, she’s become adept at convincing herself that she’s content and she has talent beyond just making other people happy. I loved Camilla – because while she starts out as this vehicle for Sam to change and better himself, she turns into a far more interesting and flawed character with as many messy life lessons to learn as impart.

Keil also starts Sam out as this nerdy archetype – and in the beginning readers may think the entire book will just be about him finding his ‘cool’ and getting the girl. But, actually, Sam is dealing with a pretty crappy home life while also worrying over what’s making his best friend so sad. There are more important things in life than popularity, as Keil brilliantly outlines with Sam’s journey that is far more interesting for not being a pursuit of vapid coolness.

I also liked that Keil played with more minor tropes – like Mike as the gay character, and Justin Zigoni as the bully. Neither of these secondary characters ends up following their stereotypes, and they’re more memorable and complex because Keil wrote the unexpected.

I also just loved ‘Life in Outer Space’ because it’s a pop-culture extravaganza. I had to jot down a few of Sam’s movie recommendations, because the way he talked about them with such love and obsession got me interested in watching them. And, of course there were the moments when Camilla expressed her love of 80s rom-coms and my John Hughes/John Cusack fangirl just had to squeal at certain scenes;

‘Say anything!’ she barks.

‘Say Anything. Late 80s movie, John Cusack – it’s one of my go-to happy movies. Find it. Promise you’ll watch it.’

‘Life in Outer Space’ is a triumph on three counts; for Melissa Keil as a brilliant debut, the Ampersand Project for setting the benchmark and the Aussie YA scene who can now claim an interesting new contemporary voice. This book is heartfelt, unexpected and features characters you kinda wish were real so you could have movie nights with them.