‘The Disappearance of Ember Crow’ The Tribe #2 by Ambelin Kwaymullina 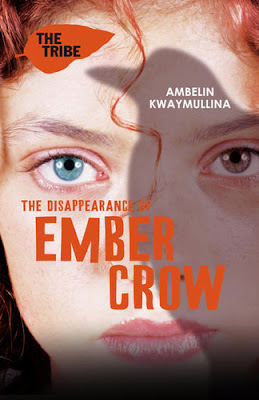 
"However this ends, you re probably going to find out some things about me, and they re not nice things. But, Ash, even after you know, do you think you could remember the good? And whatever you end up discovering - try to think of me kindly. If you can."


Ember Crow is missing. To find her friend, Ashala Wolf must control her increasingly erratic and dangerous Sleepwalking ability and leave the Firstwood. But Ashala doesn t realise that Ember is harbouring terrible secrets and is trying to shield the Tribe and all Illegals from a devastating new threat - her own past.

The Tribe is calling Ashala Wolf home. For weeks now they have let her live wild, away from the people she cares for and the man she loves . . . the man she hurt. But now one of The Tribe is missing, and they need to bring Ashala back to her Firstwood before she goes anymore yellow-eyed.

Ember Crow is missing. Weeks ago she went to Gull City, looking for someone, and she hasn’t been back since. But she’s left Ashala a cryptic memory stone message that makes her think Ember isn’t missing, so much as run away. But why? Why does Ember ask Ashala not to hate her, not to think poorly of her once she knows the truth of who she is.

As Ashala starts digging into Ember’s disappearance, with the help of her beloved Connor and others from The Tribe, Ashala starts to understand how complicated Ember’s leaving was . . . and that she had very good reason to fear that those she has come to call her family, will turn against her.

‘The Disappearance of Ember Crow’ is the much-anticipated second book in Ambelin Kwaymullina’s ‘The Tribe’ young adult Australian Dystopian series.

I had the good fortune of meeting up with Ambelin at the Melbourne Writers Festival back in September this year, and even got to interview her for the MWF blog. At the time she teased me with hints and breadcrumbs about what I could expect from Ember’s book; at the time she kept promising many “aha!” moments . . . but now that I’m on the other side of Book #2, I can safely say that Ambelin was being modest. ‘The Disappearance of Ember Crow’ is basically one great, big juicy revelatory novel full of delicious twists, turns and you-never-saw-coming surprises. I loved it!

The book begins a few months after the events of ‘The Interrogation of Ashala Wolf’, and the tribe is in tumult. Still reeling from having been bought back from the dead, Connor is dealing with feeling both connected and not to the world and people around him. Meanwhile, Ashala’s Sleepwalking ability has become increasingly erratic – she has the ability to experience everything as part of a vivid dream, but whatever changes in the dream happen in the world around her – and after hurting Connor, Ashala banished herself to deep within Firstwood to live with a pack of real wolves. While away Ember Crow, Ashala’s first member of The Tribe, travelled to Gull City but hasn’t been seen since.

Not only is Ashala worried about a cryptic stone message Ember left for her (asking that Ashala not come looking for her, or hate her when she starts learning the truth. . . ) but Ashala’s Grandfather, The Serpent, has a dire warning for her;


Some truths cannot be told. They can only be discovered.


Even more cryptic than Ember’s warning, is Grandfather’s to, “Beware the angels.”

As Ashala, Connor and the Tribe start digging into Ember’s disappearance, they discover that connected to her story is Alexander Hoffman, the long-dead man who predicted The Reckoning and helped rebuild in the days following that catastrophe . . .

It often happens that the second book of a series doesn’t live up to the hype and appeal of the first. Storylines sag, plotting feels like filler and characters who initially dazzled leave us scratching our heads and wondering, “why?” But that is so far from the case with ‘The Disappearance of Ember Crow’. In this second book Ambelin Kwaymullina expands ‘The Tribe’ universe, with characters travelling beyond Firstwood to places like Gull and Spinifex City. She also introduces intriguing new characters, my favourite of which had to be Jules who has an ability that will make the hairs on the back of your neck stand up (but to mention it here would be a cruel spoiler). Part of the reason that this second book is such a fabulous follow-up, is thanks to ‘The Interrogation of Ashala Wolf’ having had such a tightly-wound storyline that mostly took place inside Detention Centre 3 and focused entirely on Ashala during her captivity. That first book left plenty of room for Ambelin to set up her long-game in this second outing, beyond just The Tribe and the small world of Firstwood. Indeed, in ‘Ember Crow’ we get Ashala’s perspective, but also Ember’s . . .  and there’s a focus on connectedness, how The Tribe is being pulled into wider schemes and problems that affect The Balance and indeed, the entire world.

Without a doubt, ‘The Disappearance of Ember Crow’ is a fantastic instalment in what is fast becoming my favourite new Aussie YA series. Here is a book that is twisting and compelling, beautifully plotted for maximum sucker-punching, and in which all the characters we met and fell for in ‘Ashala Wolf’ are being teased out with the promise of further, tricky exploration. I can’t wait for third and fourth books, ‘The Foretelling of Georgia Spider’ and ‘The Execution of Neville Rose’.

And I love this series for the layers and otherworldly appeal Ambelin Kwaymullina crafts. At the back of the book Ambelin goes into an exploration on where she gets her ideas from – as an Aboriginal writer who is greatly influenced by the stories of her ancestors, and her great-grandmother who wisely described Australia as “a place where everything lives and nothing dies.”


The Serpent. My Serpent. The giant snake who lived in the lake and was my many-times grandfather. In the old world, the one that had been destroyed by the Reckoning, the Serpent had created my people, my “race”. It was hard to believe that humans used to care about things like different-shaped eyes, or different coloured skin. Now all that mattered was the line between Citizen, Exempt and Illegal.


There’s real beauty in this series that is at once a fantastically fun Aussie Dystopian, but on the other hand draws on some of Australia’s darkest histories and the ancient storytelling of its indigenous people. Much like The Balance itself, Kwaymullina’s YA series is a great journey of interconnectedness and multi-layered symbolism and storytelling that I can’t recommend enough. Brilliant. 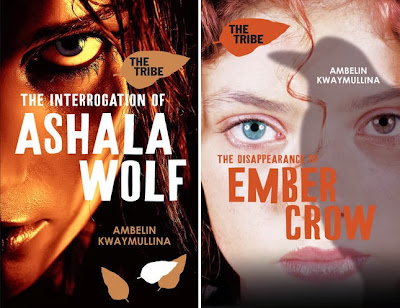 Email ThisBlogThis!Share to TwitterShare to FacebookShare to Pinterest
Labels: Ambelin Kwaymullina, Aussie YA, Australian Women Writers, Australian YA, The Tribe, YA