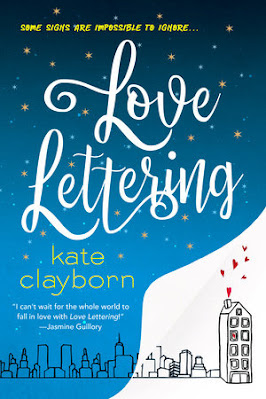 In this warm and witty romance from acclaimed author Kate Clayborn, one little word puts a woman’s business—and her heart—in jeopardy . . . Meg Mackworth’s hand-lettering skill has made her famous as the Planner of Park Slope, designing custom journals for her New York City clientele. She has another skill too: reading signs that other people miss. Knowing the upcoming marriage of Reid Sutherland and his polished fiancée was doomed to fail is one thing, but weaving a secret word of warning into their wedding program is another. Meg may have thought no one would spot it, but she hadn’t counted on sharp-eyed, pattern-obsessed Reid. A year later, Reid has tracked Meg down to find out how she knew that his meticulously planned future was about to implode. But with a looming deadline and a bad case of creative block, Meg doesn’t have time for Reid’s questions—unless he can help her find her missing inspiration. As they gradually open up to each other, both try to ignore a deepening connection between them. But the signs are there—irresistible, indisputable, urging Meg to heed the messages Reid is sending her, before it’s too late . . .

'Love Lettering' is a stand-alone contemporary romance novel by Kate Clayborn that came out in 2019.This is one of those much-buzzed-about romance books that came out around about the same time in the same contemporary category (I'd say books by; Talia Hibbert, Lyssa Kay Adams, Emily Henry and a few others) there seemed to be a real up-swing in these books being read by mainstream readers, not just the romance community, so I *heard* about them but the ability to read as they came out just got away from me ... I've bought lots of those books, but they just sat on my shelves because I have to build up an inclination to read them and really feel like diving into one genre.But I finally did, and - gotta admit - the first couple of chapters I really struggled. I can't quite put my finger on it, but in the opening chapter we're kind of dropped into this very awkward first meeting between hand-letterer Meg Mackworth and Reid Sutherland, a groom she once met and did hand-lettering for his and his fiancee's invitations, but the wedding never went ahead ... something Meg knew would happen instinctively (they were ill-matched, and it was blindingly obvious to her) to the point that she even wove in a cryptic clue and the word MISTAKE to the lettering type. Well, when we first meet them, Reid is confronting Meg with the hidden word he can now see, and she's trying to deny and deflect.It's a really weird opening scene, because you're *just* meeting Meg and getting a grip of what she does (which - I don't know how many people know the in's and out's of hand-lettering tbh) and she's being obtuse and vague because she thinks she's in trouble. On top of the fact that it's pretty hard to be reading a book that talks a lot about type-face and hand-lettering but not actually *see* it. Especially this scene where it's a hidden-message within lettering?This was actually a slight issue I had with the book overall. There's not really enough done, in my opinion, to communicate the hand-lettering aspects. There are a few instances where we'll get a type change in the text but I didn't think it was enough and reading descriptions of certain loops and brush strokes, kerning, etc etc. just left me cold? And, look - not the author's fault I am sure! I am sure Kate Clayborn was all; "I bet my publisher will be able to do something cool with the actual lettering in the text!" but they ... did not. Not really. Even that cover is (I am so sorry to say) God-awful for a book that's all about this really unique hand-letterer working out of Pake Slope who hates the twee commercialisation of her art-form, to an extent - and wants to elevate it. That cover. My GAWDY.But that's really my main qualm and I recognise it's less with the author and story, and more with the presentation - which is on the publisher. But in a book about hand-lettering, the lack of imaginations in its presentation *did* impact for me. That's just a fact.But this is a totally solid romance overall and typeface aside - Meg and Reid are incredible. I'd say Reid is on the spectrum, and he's very reserved and unsure initially when clearly he starts having feelings for Meg. Meg is a little scatterbrained by comparison, but that's also because - and we learn this throughout - that she has her own familial hang-ups, a pretty emotionally traumatic childhood, and current fractures with her best friend and roommate. But when Reid and Meg do get together, OH BOY! It is explosive and surprisingly (happily!) explicit and sexy. I was not expecting that, but I appreciated it.Something else I LOVED in this book was New York. New York, New York is another character in here and especially reading this when I've been deprived of travel, it was a freakin' visceral delight! Reid and Meg end up walking all over Brooklyn and New York and go to little hole-in-the-wall restaurants, ride the subway and hang out in the park and it was like I was there, exploring. That was wonderful.Overall this was a really solid introduction to Kate Clayborn for me, and I can't wait to read more from her!4.5/5