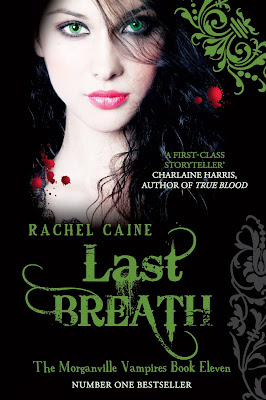 Received from the Publisher
From the BLURB:
Claire Danvers is concerned when three vampires vanish from Morganville without a trace. The last person seen with them is someone new to town – a mysterious individual named Magnus. Claire is convinced creepy Magnus isn't human . . . but is he a vampire, or something else entirely?
Claire's hunt for answers leads her to solving another mystery that's long been puzzling her: why do vampires live so far out in a sunny desert when they're sensitive to sunlight? The answer has nothing to do with sunlight, but with water – and an ancient enemy who has finally found a way to invade the vampires' landlocked community. Vampires aren't the top predator on earth. There's something worse that preys on them . . . something much worse. Which means if Claire, and Morganville, want to live, they will have to fight on to the last breath . . .

Claire Danvers and the Glass House Scooby Gang have battled super computers, Bishop the bad-ass vampire and even survived an unsuccessful human coup that nearly tore the town apart.
Throughout it all Claire, Shane, Eve and Michael have stuck together and weathered countless storms. But this next hurdle may just be their undoing . . . it might actually mean the fall of Morganville and their town as they know it, because this next challenge is so momentous, it’s impossible to envisage how everyone will escape unscathed . . . Eve and Michael’s wedding!
‘Last Breath’ is the eleventh book in Rachel Caine’s epically awesome ‘Morganville Vampires’ young adult paranormal series.
What’s really strange about going into ‘Last Breath’ is that it doesn’t feel like book eleven. Honestly, it’s a little startling to look at the entire shelf of my bookcase lined with ‘Morganville’ instalments. And it’s even crazier to be cracking open number eleven in a series that first started in 2006! It’s odd, purely because ‘Last Breath’ reads as fresh and heart-palpitating as those first forays into Morganville from all those years ago. Eleven books in and Rachel Caine’s series is a steadfast and beloved paranormal series because it is constantly reinventing itself and keeping readers hooked. . . and she does it again in ‘Last Breath’.
This book is a game-changer, for a lot of reasons. First, because Caine is changing the narrative structure with this book, taking it away from Claire’s limited third-person perspective, and throwing in first-person narration from Amelie, Eve, Michael and Shane. Caine did this to a lesser extent in ‘Bite Club’ when she offered up only Shane’s perspective during his character assassination (and rebuilding). In ‘Last Breath’ we only get one or two chapters in alternating character’s perspectives – and they are told for crucial plot reasons when Claire can’t physically be in the scene for us to know what’s going on. The majority of the book is told from Claire’s point of view. I really quite enjoyed these perspective swaps – and I totally understand why Caine had to do it. I don’t want to spoil anything for anyone, but quite a few important things are happening to the structure and politics of Morganville, and it’s important to know Amelie’s take on things. If I had any complaint about this structure switch-up, it’s that Caine wasn’t consistent with the third-person and first-person narration. It is fairly seamless, and it took me doing a re-read of a few paragraphs to realize the switch from “he” to “I”, but once I did I couldn’t stop wondering why she didn’t choose to keep consistent narration?
Small qualm aside, ‘Last Breath’ is the ultimate Morganville rollercoaster ride. My emotions were running rampant throughout my reading. One moment I was cracking up at the various Myrnin shenanigans and Shane one-liners (of which there are many):

“Will you come?” Myrnin asked. He sounded calmed now, but also oddly needy. “It’s been very lonely here these past few days. I'd like your company at least for a little while.” When she hesitated, he used the pity card. “Please, Claire.”
“Fine,” she sighed. “I’m bringing Shane.”
After a second of silence, he said, flatly, “Goody,” and hung up.
“You’re kidding,” Shane said. “Do you think I want to visit Crazy McTeeth in his lair of insanity?”
“No,” Claire said, “but I’m pretty sure you won’t like it if I go alone when I just kind of promised to be with you. So. . . ?”
“Right. I've been missing Nutty McFang anyway.”
“Stop making up names for him.”
“What about Count Crackula?”
“Just stop.”

But then Caine veers the story into dangerous and daunting territory. She throws a curveball with such force that it literally sent me reeling and dragging my jaw up off the floor. And this is why Rachel Caine’s ‘Morganville’ series is still going strong eleven books deep. Heck, this is why her series will undoubtedly go way past her contracted thirteen – because she is a ruthless writer. She will sacrifice characters for a good cliffhanger. She’s willing to shock and even anger readers; only to make it up to them ten-fold as the series continues.
I can guarantee that at the end of ‘Last Breath’, many readers will have had the wind knocked out of them, left scratching their heads and wondering where the story is going to go next. To those reeling readers I say ‘trust’. This is Rachel Caine we’re talking about . . . yes, ‘Last Breath’ ends on a catastrophic cliffhanger, but that just means the pay-back will be ten-fold. Get ready for ‘Black Dawn’, because it’s going to be explosive.
4.5/5 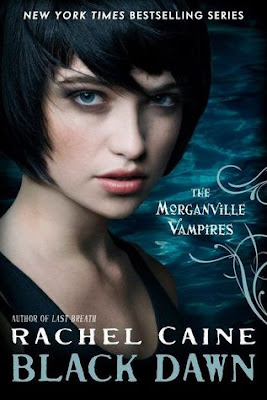