Interview with Courtney Summers, author of 'This is Not a Test'

It scared me. It made me cry. I wanted the protagonist to survive, even when she wanted to die.

That book was Courtney Summers’s ‘This is Not a Test’; and it was one of those rare instances where, the second my eyes lifted from the last line of the last page, I wanted to speak to the author. It was almost like a compulsion, an itch and a wish rolled into one – I just really, really, really wanted to ask her questions about this book which so affected me.

I felt very lucky when Ms Summers agreed to this little interview. It reminded me that I have, quite possibly, the coolest hobby on earth – how many other people can say that they speak directly to the creators of their obsessions?

I owe a big thanks to Courtney Summers, who let me unleash my manic fan-girl questions on her inbox to share with you. Enjoy!

P.S. – a very big THANK YOU to Adele Walsh (alias: Persnickety Snark) who told me to: “Read this book. Trust me.” And I did and was rewarded.

◙
Q: How were you first published, agent or slush pile?

Agent!  She submitted my book to publishers.  But she found me through her query slush!  I queried her (but only after I did my research and made sure we might be a fit) without any connections at all.  I just had to cross fingers that Cracked Up to Be was right for her and luckily, it was! 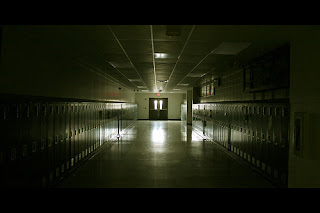 Q: How long did it take you to write ‘This is Not a Test’, from first idea to final manuscript?

I've always wante to write a zombie book, but I didn't really settle down and try it until after I finished Fall for Anything.  I think it took about... maybe ten or eleven months from idea to final manuscript.  It's all a blur to me now.

It depends on the book!  I was more of a pantser when I started writing novels (I wrote three others before Cracked Up to Be), but gradually, from Some Girls Are on, I've become more and more of an outliner.  Without an outline I flounder too much and I end up wasting a lot of time.  I envy people that can write without outlining, though.  Outlining is not a whole lot of fun for me, even though it's part of my process.  It's a necessary evil. 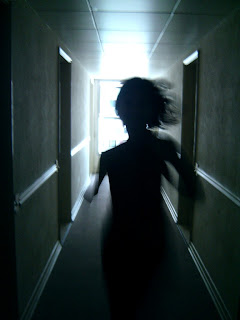 That also depends on the book.  With Cracked Up to Be, it was character--Parker's voice was very clear to me.  With Some Girls Are, probably theme--I wanted to write about girl bullies.  The rest of the books have been so close between plot and character that it's tough to call.

Q: Why do you choose to write young adult fiction? What is it about this genre that you love?

It just seems to be the way my stories come out, but that's not surprising to me because it's the genre I most love to read.  There's something about the immediacy of it that captures me as both a reader and a writer.  That's my favourite thing about it.  Just how sharp and immediate the narratives often are.

Q: I was calling ‘This is Not a Test’ a “a horror story within a horror story” – because it could have been a chilling contemporary story about abuse, but turning it into a zombie novel elevated the issues and seemed to heighten the emotions of our already damaged protagonist, Sloane Price. I wonder – was ‘This is Not a Test’ always going to be a zombie novel? How hard was it to simultaneously write about slathering undead and a girl’s suicidal fragility?

I love that description of it!  This is Not a Test was going to be a zombie novel and Sloane's personal story was there from the first page, becoming  more and more pronounced with each draft.  I didn't have as hard a time balancing zombies and Sloane's emotional issues as I thought I would.  That's not to say it was easy, it was a gradual process, but I'm used to writing books that are emotionally heavy.  But even as I say this, TINAT was still one of the hardest books I've written.  That particular balance didn't get me so much as worrying about how people would receive my first zombie book! 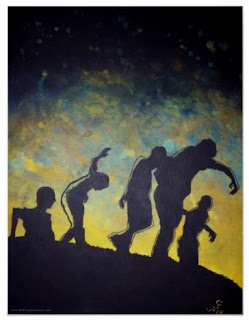 Q: You write such hard-hitting YA fiction. Whether it be contemporary or with a paranormal spin – you really put your characters through the ringer, exploring deep and dark issues. But I would say your books have a moral backbone (minus any preaching) and there are lessons to be learned through what your characters experience and overcome. I particularly thought this of your novel ‘Cracked Up To Be’. Are you very aware of not ‘talking down’ to your teen readers – and how is it as a writer to put these characters you created through such intense, awful situations?

Thank you!   When I write, my only objective is to be true to my characters and the story I'm telling, no matter what.  I feel I have to forget the audience and myself to do that and I think that prevents me from using my characters to talk down to my readers.  It's also important to me that readers take from my books whatever messages they want, and I don't want my Author Voice to intrude on that or deny them that experience.

From a writing stand-point, I like putting my characters through intense, awful situations--as bad as that sounds--because conflict often drives a story forward.  BUT.  I do take writing those situations very seriously and some scenes are harder than others. 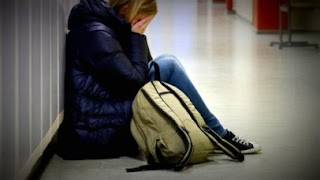 Q: With regards to your aforementioned dark and hard-hitting YA novels – have you met resistance from ‘gate keepers’ like teachers & librarians? People who perhaps wouldn’t like to believe that what you’re writing about is a lot closer to the teen experience than they’d like to believe?

Teachers and librarians have been so supportive of my books!  I've heard such encouraging things from them for my last four releases and I'm grateful.  I havegotten comments from some adult readers who say they can't believe teens live the kinds of lives I write about but I think it's more they don't want to believe it. But the gate keepers have expressed quite the opposite view and have been wonderful advocates of my books.  (Thank you, gate keepers!)

Q: Is it hard for you to let go of characters once a book is finished? Do they still ‘speak’ to you, long after the book has hit shelves? Have you ever had the urge to write a sequel for one of your novels?

I am SO done with my characters when I finish a book, hah!  And I think my characters are MORE than done with me, after all the things I put them through. :)  But give us both a little distance, and sometimes I entertain the idea of sequels.  They speak to me a little.  They are a pretty unlikely possibility though, as new ideas always call to me in a much louder voice.  :) 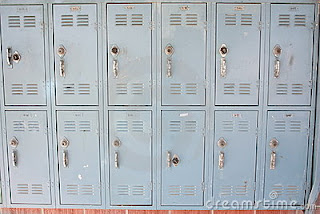 Q: Your next novel (due out in 2013) is called ‘All the Rage’ – and you completely hooked me, because the Goodreads description likens it to ‘Veronica Mars’ and ‘Brick’ – one of my favourite TV shows, and movies ever. Can you tell us a little bit more about this book?

It's a psychological thriller and it's about a girl who blackmails a wealthy classmate and wakes up on the road the next day with no money and no memory of the night before.  It's still in edits and it's constantly evolving with each round (maybe more Veronica Mars than Brick now) but I am really excited about it.  It's a bit vicious!

I am going to say The Chocolate War by Robert Cormier.  So brutal.  So hard-hitting.

To read and write as much as possible.  There is no better way to hone your craft.  And be persistent and don't be easily discouraged!  Publishing is a tough business, and you WILL get rejected a lot, but fiction is subjective.  Believe in your work and keep sending it out there.

Email ThisBlogThis!Share to TwitterShare to FacebookShare to Pinterest
Labels: Courtney Summers, interview, Q and A, YA