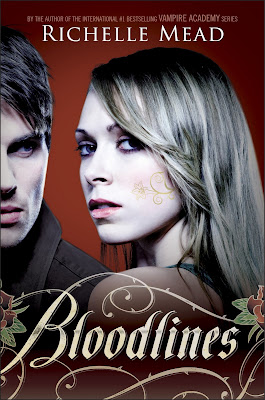 Sydney's blood in special. That's because she's an alchemist - one of a group of humans who dabble in magic and serve to bridge the worlds of human and vampires. They protect vampire secrets - and human lives. But the last encounter Sydney had with vampires got her in deep trouble with the other alchemists. And now with her allegiances in question, her future is on the line.

When Sydney is torn from her bed in the middle of the night, at first she thinks she's still being punished for her complicated alliance with dhampir Rose Hathaway. But what unfolds is far worse. Jill Dragomir - the sister of Moroi Queen Lissa Dragomir - is in mortal danger, and the Moroi must send her into hiding. To avoid a civil war, Sydney is called upon to act as Jill's guardian and protector, posing as her roommate in the unlikeliest of places: a human boarding school in Palm Springs, California. The last thing Sydney wants is to be accused of sympathizing with vampires. And now she has to live with one.

The Moroi court believe Jill and Sydney will be safe at Amberwood Prep, but threats, distractions and forbidden romance lurk both outside – and within – the school grounds. Now that they're in hiding, the drama is only just beginning.

When the Moroi world is in the midst of revolution and political upheaval, measures must be taken to protect the second most crucial member of the royal family.

Since discovering that Queen Lissa Dragomir has a half-sister called Jill, royal loopholes have thrown the young girl in danger. For her own safety she is being herded to Palm Springs, to live amongst humans and hide in plain sight.

Joining her will be dhampir bodyguard, Eddie, and two alchemist workers – Keith and Sydney. Adrian Ivashkov must also accompany the young woman, for reasons neither of them will reveal.

Though these vampires are fleeing from the turmoil within their own race, they’ll be even more surprised to find what lurks amongst them in the human world.

I was ecstatic for this book. The sting was taken out of ‘Last Sacrifice’s’ finality purely because I knew there was a spin-off series in the works. I counted down the days, avoided spoilers and watched YouTube teasers. And in the end . . . I was a little underwhelmed.

Let me start out by saying the good. And because this is Richelle Mead, there is plenty of good.

For starters, this series has a very different feel to ‘Vampire Academy’. I don’t just mean the protagonist change of alchemist Sydney Sage versus dhampir Rose Hathaway. That’s obvious. I mean Mead has completely changed the atmosphere for this spin-off. In ‘Vampire Academy’ Rose and Lissa were nothing short of celebrities within the school grounds; Lissa, for being the last of the Dragomirs, and Rose for her attitude and eventually, kill rate. They were superstars and utterly cool. Because both Rose and Lissa were a part of the ‘inner circle’ it meant we read scenes with the queen, in the thick of political subterfuge and major social change.

In ‘Bloodlines’, that’s all gone. Jill is the illegitimate half-sister who needs to be kept in hiding. The people accompanying her in exile are likewise cast-offs and no-hopers. Eddie is a reprimanded dhampir, still being scolded for his actions in helping Rose. Adrian Ivashkov is a heartbroken drunk. And Sydney is under no illusions as to why she has been allowed on this mission – the alchemists have little love for vampires, and they wouldn’t send their best to guard one of them.

The characters in ‘Bloodlines’ are the bottom-of-the-barrel outcasts, and that makes them brilliant! By simply offering us these outskirt characters, Mead changes the entire focus and trajectory of the series. Suddenly we are able to bear witness to the Moroi societal changes from the bottom-up; we read what the little people really think of those above them, and how royal decree affects the little guys.

The other positive of this series won’t come as much of a surprise – Adrian Ivashkov. Ohhhhhh. . . Adrian! Richelle Mead really wrote lightening in a bottle when she came up with this tortured alcoholic royal. He is a fan favourite, even more so when he became the romantic under-dog of ‘Last Sacrifice’. Many VA fans who are unsure of venturing to a new series terrain should be implored to make the trek purely for Adrian because . . . he’s freakin Adrian Ivashkov!

I will say that in ‘Bloodlines’, Mead barely touches on the extent of Adrian’s heartbreak in the wake of Rose. He’s still at the point of bottling-up and being outwardly bitter. But he’s still the same smart-aleck wounded soul that fans fell in love with back in ‘Frostbite’. Part of Adrian’s brilliance simply lies in his truthfulness, however cutting. His utter honesty in all things means he has some brilliantly poignant scenes and is a wonderful interpreter for many other characters. He’s not always the snarky alcoholic, he does have occasional flashes of brilliance –


He eyed me. “Is it really so terrible being around us?”
I blushed. “No,” I said. “But. . . it’s complicated. I've been taught certain things my entire life. Those are hard to shake.”
“The greatest changes in history have come because people were able to shake off what others told them to do.” He looked away from me, out the window.

Sydney Sage is not a great narrator. She’s not bad, and though it pains me to compare – she’s certainly no Rose Hathaway. I know, I know! Richelle Mead wanted a very different protagonist to carry ‘Bloodlines’ – and you can’t get anyone more different to Rose than Sydney.

Where Rose was brash and cocky, head-strong and fiercely loyal, Sydney is meek. She has lived a sheltered and bookish life and feels closer to forty than twenty. Sydney does improve over the course of ‘Bloodlines’ – so by the end of the book she is a changed woman on the brink of upheaval, nearly ready to reject all she has ever known in the face of what she has come to learn from living with the vampires. But ‘Bloodlines’ is 421 pages long. . . and it takes a while for Sydney to get to that point of interest.

Though I did like Richelle Mead’s head-nod to Australia that came from an in-joke with Sydney’s name;


“And your name is?”
“Sydney.”
“Sydney . . .” she checked the clipboard and looked up in astonishment. “Sydney Melbourne? My goodness. You don’t sound Australian.”
“Er, it’s Sydney Melrose, ma’am,” I corrected.


Another problem I had with ‘Bloodlines’ was simply pacing. I was about 114 pages into the book when a character makes an off-hand mention that two days have passed. What!? Two days in 100+ pages? This is a very different time-line and pace from previous VA books, and it was hard for me to assimilate to the drag. Part of the reason for a sluggish pace is simply setting – Mead can no longer rely on fans’ touch-stone to the actual Vladimir Academy, instead Mead has to build up this new Palm Springs accommodation and set the scene for the human school. This takes a lot of time, and is one reason I sort of wish the books had gone back to the good old Vladimir Academy . . .

One more small complaint I had was romance. Considering ‘Vampire Academy’ had such an incredible illicit love story at its centre, as a fan you can’t help but look for the romance in ‘Bloodlines’. I won’t give anything away, but there are many male secondary characters in the book. Each time one of them trotted across the page I couldn’t help but wonder “is he the one? Will Sydney fall for him?” When it became apparent who the romance will be with, I was delighted/half-hearted. On the one hand; YAY! On the other hand . . . it will take a while to get there. That’s all I’m saying.

Honestly, ‘Bloodlines’ had me under-whelmed for about 300 pages of this 421-page book. But, of course, in the last sprint Richelle Mead writes her typical saving grace – a thrilling, action-packed ending that will leave your heart thundering. And her signature cliff-hanger is a fifty-foot freefalling doozy! Be warned! ‘Bloodlines’ wasn’t exactly what I was hoping for with the VA spin-off, but that ending will definitely have me coming back for more. 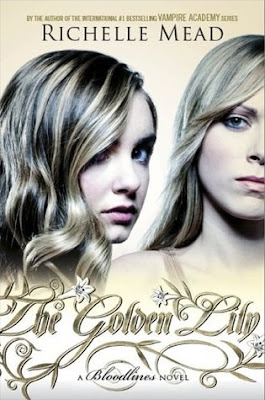