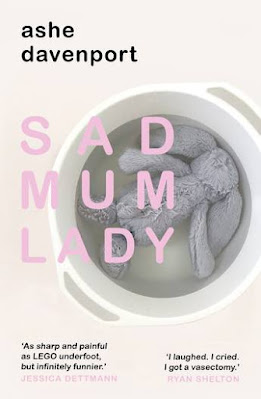 If David Sedaris and Sheila Heti had a baby… well, there'd be a lot to unpack there. But the ensuing stories would be brutal and hilarious and endlessly readable. And they'd look a bit like Sad Mum Lady.

'If people knew how bad this was,' I said to a friend two weeks after the birth, nipples flashing red like emergency lights under my dressing-gown, 'they would be sterilised on their thirteenth birthdays.'

It sometimes feels like there's a rule for parents: if you're going to say anything mildly unhappy about parenting, you must also be at pains to stress that it is all worth it. What joy! What wonder! How lucky we are!

But then there's the crying. And the body horror. The tearing and the leaking. And the crippling isolation. And the sleep deprivation. And somehow a dead rat in the cubbyhouse and the endless judgement of peers and neighbours and the internet.

But fear not. Ashe Davenport is here. And she's not afraid to say it's fucked.

Unapologetic and frank, Sad Mum Lady navigates the joys of motherhood in ways that will be familiar, hilarious and essential reading for parents and non-parents alike. Savage, true and deeply relatable - finally, a book that resists the sanitised, acceptable face of parenting. You might not feel better, but at least you'll feel less alone.

‘Sad Mum Lady’ was the humour non-fiction book from Ashe Davenport, released in 2020.

Right. So. This book came out in June 2020 and it actually first pinged on my radar because of the most painfully ‘releasing a book in 2020’ way – the online book launch. Which I remember, loads of my friends on Instagram were talking about on the evening it happened. Lots of my mutuals and follows were saying something to the effect of; “OMG, if you’re not watching Ashe Davenport’s live book launch right now GET ON IT!” and lo – it appears that Davenport accidentally deleted the whole thing so I can’t direct you to watching the most hilarious and genius launch I’ve ever seen. I think … did it involve Ashe dressing up as a banana and letting her two kids climb all over and distract her at will? While she tried reading excerpts from the book? I am either remembering that accurately or the banana bit is just a lockdown fever-dream but either way – it was fantastic.

And it was one of those 2020 moments where I said to myself; “I must remember to read that book.”

And then imagine that clapping monkey from ‘Rebel Without a Cause’ replacing my brain.

Fast-forward to 2021 and I have so many pregnant or just-gave-birth friends and being me, I want to gift them books. My go-to has been ‘The Motherhood’ edited by Jamila Rizvi because it’s fabulous, but I am not (nor do I ever want to be) a mother – but part of me wonders if I shouldn’t give my friends more varied and caustic, tender and honest portrayals of motherhood. Because everyone comes to motherhood differently. Aspirational or worriedly. I am not one, but even I know that.

Suddenly ‘Sad Mum Lady’ and the faded grey/baby-pink cover pops in my mind. Not the title or author, mind – just the cover and vague memories of a banana reading an excerpt in a livestream. Luckily I am someone with many bookselling friends so I did the DM rounds – providing my hazy recollections based on cover and online launch and OF COURSE, Em (@em_isreading) came through and I purchased the book from the stunning store she works at; Neighbourhood Books.

But then I wondered if I shouldn’t read this book myself, before gifting it to some fragile pregnant and new mothers – a book called ‘Sad Mum Lady’ with a loving note saying, “thinking of you!” Don’t judge a book by its cover and maybe don’t gift it before reading it?

And so I started … and then I couldn’t stop.

The important thing to know is; Ashe Davenport is the Melbourne-based author and family columnist for The Design Files (fab blog!). This book began as a personal blog called Sad Pregnant Lady, which would become ‘Sad Mum Lady.’ So it reads very much like a personal diary, a thought-stream and confessional, very much for fans of ABC show ‘The Letdown.’

But it’s interspersed with Ashe’s individual flare and experience (like her above-stairs neighbour whose ice habit and in-denial mother become a weird obsession in the uncomfortable final weeks of her pregnancy).

Ashe writes with such stark honesty about the myths of motherhood – compared to the ‘earth mother’ Insta-filter holistic “sell” of it all. And she does examine her own childhood and young adulthood within this context too, particularly as she unravels her history of growing up with a surly single-mother, a more honest baby-boomer whose outlook on mothering and parenthood jars with Ashe’s attempts at a more progressive context – but is still beautiful, in its own way;

She told me once that the role of a parent was ‘a short-term caretaker’ and I said it was the bleakest thing I’d ever heard. She said it wasn’t bleak at all, because it meant we were on separate pathways that intertwined, and we got to be in each other’s lives because we wanted to be. At last she felt the sun on her skin again, as the travelled along, parsley sprig in hand.

We kissed and I remembered that I’d also made a central nervous system out of a drop of semen, and an entire human was about to burst through my body like a showgirl out of a cake. You’re welcome, I thought, brushing an eyelash from his cheek. And I forgive you.

There’s some writing in here that is cosmically good and true. And sharp. My gosh is Ashe Davenport sharp;

It was midnight, and Kristy suggested Sam take a nap on the hard square birthing mat in the corner. She offered no blanket or pillow, just the square, fit for a family dog. It wasn’t that he as being punished, because that would imply he had some kind of significance in her mind. It I was a passenger in the birth, Sam was a tin can by the side of the road we’d burned past several towns ago.

I’ve never been a mother, and I have no wish to. I can safely say reading Ashe Davenport’s ‘Sad Mum Lady’ left me neither regretting that decision, or embracing it overly – it just … is. And I so appreciated her frank, funny, and full spectrum of experience. It was a window for me – someone looking in – but I can also see this book being a doorway for so many, a secret passage where people get to admit the parts of being a parent that they don’t like, the disappointments and resentments they harbour, the joy and love of it too. All soaking in this big tub of life before getting mixed up in the tumble where it’ll all come out in the wash. Eventually. For better or worse, but mostly in the funny.

Posted by Danielle at 2:05 PM No comments: 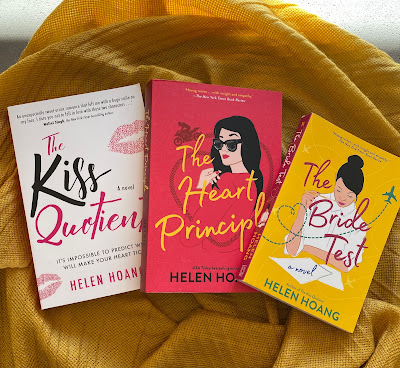