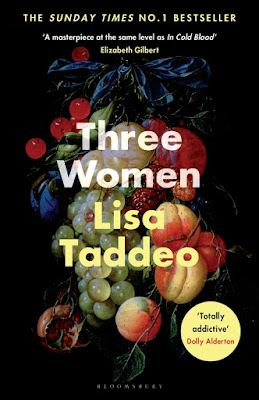 Posted by Danielle at 5:49 PM No comments: 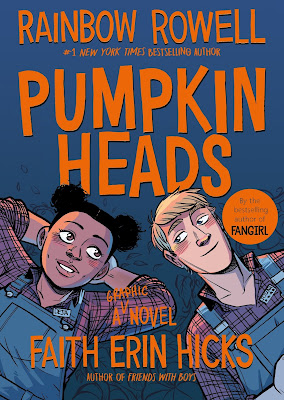 But this Halloween is different - Josiah and Deja are finally seniors, and this is their last season at the pumpkin patch. Their last shift together. Their last goodbye.

Josiah’s ready to spend the whole night feeling melancholy about it. Deja isn’t ready to let him. She’s got a plan: What if instead of moping they went out with a bang? They could see all the sights! Taste all the snacks! And Josiah could finally talk to that cute girl he’s been mooning over for three years . . .

What if their last shift was an adventure?

Beloved writer Rainbow Rowell and Eisner Award–winning artist Faith Erin Hicks have teamed up to create Pumpkinheads, a tender and hilarious story about two irresistible teens discovering what it means to leave behind a place - and a person - with no regrets.

‘Pumpkin Heads’ Graphic Novel by Rainbow Rowell, illustrated by Faith Erin Hicks
I absolutely tore through this last night and thoroughly delighted in it. Basically the same premise as Rowell’s short-story ‘Midnights’ (from the Stephanie Perkins Anthology ‘My True Love Gave To Me’ and later included in a cute little novella) about the once-a-year meeting of two people who get along fabulously.
This time it’s the fall seasonal workers Deja and Josiah who’ve been working the Succotash Hut together at their local Pumpkin Patch for four years. They’re seasonal friends who don’t meet up outside of Halloween busy work, but when they are together in October it’s clearly a laugh-riot. But this is their final season together, with school ending and both of them moving on from the Patch - so Deja decides she’ll need to help shy Josiah *finally* talk to Fudge Shoppe girl who he’s been crushing on these many years.
Their final working night together becomes an adventure through the Pumpkin Patch and it’s completely hilarious and adorable; Rowell’s sweet Young Adult tale perfectly matched to Hicks’ bold graphic style, with plenty of delightful details throughout. I’ll admit - being Aussie - the enormity of the Pumpkin Patch lifestyle was a *little* lost on me ... but it’s charming more than confusing.

I think the true success of this graphic novel is that it's a contained timeline - spanning the dying hours of Dega and Josiah's last shift at the Patch - it's a completely self-contained story. Rowell's brilliant writing gets across what Deja and Josiah mean to one another, as they reminisce about their time at the Patch and have such an easy camaraderie and repartee, readers really feel the intimacy of their friendship and shared-history, and can also wallow in the feeling of something so special coming to an end ... it's a tricky balance that Rowell absolutely perfects; she does nostalgia very well, and has such an astute understanding of the connections young people forge and the power of place in their lives.

Faith Erin Hicks was also the perfect illustrator for this long-awaited project. I'm familiar with her work because I loved 'Friends with Boys' and 'Pumpkinheads' reminded me to check out more of her work. Rowell brilliantly uses Deja and Josiah's dialogue to communicate nostalgia and connection; Faith Erin Hick's bold illustrations have so many tiny and delightful details throughout; it gives another layer of thoughtfulness and specialness to the Pumpkin Patch setting especially, that makes it feel so much more real and unique to characters and readers alike.
And I’m just hoping Deja and Josiah end up getting more seasonal work together - maybe at a Santa’s Grotto? This was *gorgeous* and I highly recommend.

Posted by Danielle at 5:34 PM No comments: