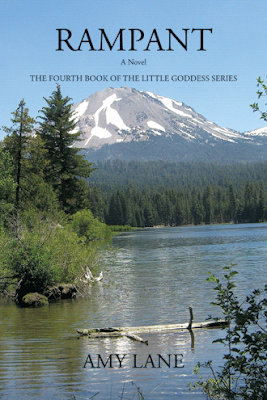 From the BLURB:
Lady Cory has carved out a life for herself not just as a wife to three husbands but also as one of the rulers of the supernatural communities of Northern California-- and a college student in search of that elusive degree. When a supernatural threat comes crashing into the hard-forged peace of Green's hill, she and Green determine that they're the ones in charge of stopping the abomination that created it. Their vow to protect leads Cory, Bracken and Nicky to Redding--where a tight-knit family of vampires threatens the people Cory loves to keep a terrible secret. It also leads them to a conflict of loyalties, as Nicky's parents threaten to tear Nicky away from the family he's come to love more than his own life.
Cory has to work hard to hold on to her temper and her life as she tries to prove that she and Green are not only leaders who will bind people to their hearts, but also protectors who will keep danger from running RAMPANT.
Cory is really starting to thrive in her new royal role. Alongside Green, Bracken and Nicky, she is coming into her authority with wise words, a firm hand and vicious tenderness. So when there are numerous reports of puma killings (were-puma), Cory and her people are quick to assume control of the situation. And when Nicky’s family are so distraught by his foursome relationship that they want to drag him home to bumfuck Montana, Cory and her men bandy around their brother and lover with fiery determination.
‘Rampant’ is the fourth book in the ‘Little Goddess’ series.
Previous books has seen Cory deal with her newfound supernatural tendencies, an unconventional multi-partnered romance and the responsibilities of her kingdom. In ‘Rampant’ we are reading Nicky’s perspective and understanding the many ways he is balancing his unpredictable and unscripted life. Previous books have concentrated on Cory’s relationship with Bracken and Green, so ‘Rampant’ is really Nicky’s time to shine. I didn’t think much of Nicky as a character until this fourth instalment . . . but I feel like, now that Cory knows is role in her life and vice versa, I finally get (and appreciate) him too. His journey in this book is cringe-worthy funny, and also sweetly moving. I find that Amy Lane does that juxtaposition a lot. Cory herself is a young woman of wise and lyrical words who can switch to gutter-mouth in a New York minute. I like that flipside in this series – when Amy Lane can write a highly erotic scene, followed by a blood bath.
‘Rampant’ also introduces some new characters in the form of Green’s Hill werewolves – Teague, Jack and Katy. Apparently these characters appeared in short story instalments which were originally free to download on Amy Lane’s website, but have now been bought by Torquere Press. Short stories 1 and 2 are currently available for purchase, but the other four won’t be out until June, August, October, and December this year. It’s a little frustrating to read their concurrent storylines, because Teague occasionally narrates. Their story of a threesome werewolf pack isn’t so convoluted that you can’t follow it, but there seems to be a lot of delicious back story that I resent not having read yet. These short stories will definitely be on my TBR list though!
‘Rampant’ is the last book in the ‘Little Goddess’ stories for the time being. I don’t know when Amy Lane intends to release the fifth instalment, but I hope it’s soon . . . because ‘Rampant’ leaves on a jaw-dropping, spine-tingling cliff-hanger that is full of spectacular possibilities.
I have been really impressed by this series. Amy Lane writes a sensuous and intense romance between four very different characters. Her writing is lush and poetic, and the universe is set on a grand, fantastical scale;

Some demons couldn’t be kissed away. Some of them had the right to ride you, to rend the skin of your wellness with ragged, dirty nails.

I am really looking forward to more books in the ‘Little Goddess’ series. It’s been a grand journey so far, and I can only imagine where Amy Lane intends to take these characters in the future. . .
4/5 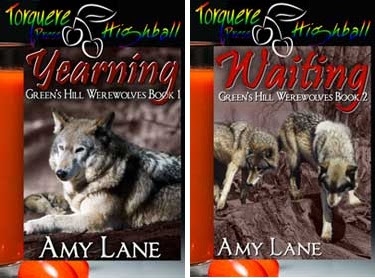