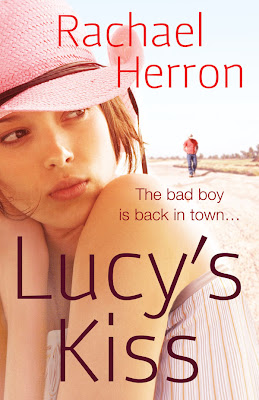 Lucy never forgot 'The Kiss'. Or the bad boy she shared it with.
Now, 17 years later, he's back - and, dammit, he's still sexy as hell…

As owner of The Book Spire in the sleepy town of Cypress Hollow, Lucy Harrison isn't used to too much excitement. But in one night all that changes when Owen Bancroft walks back into her life and sparks - quite literally - fly.

The question is, does he even remember their one perfect kiss? And, perhaps more importantly, does she really want him to?

Then, when a secret stash of books and lost patterns by world-famous knitting guru Eliza Carpenter are discovered in the Bancroft family home, the pair are thrown together once more. There's no denying the electricity between them - but this time will 'bad penny' Owen prove to be heart-stealer or heart-breaker?

Lucy Harrison’s life was irrevocably changed and set when she kissed Cypress Hollow’s resident bad boy, Owen Bancroft. She may have been only seventeen, and he did leave the very next day . . . but that kiss proved to be the standard by which all of Lucy’s other kisses have been measured. And, unfortunately, Owen set the norm for men in her life who love her and leave her.

But that’s okay. Lucy has come to accept the fact that she will always be alone. She will find joy and happiness in running the Bookspire Bookshop and hanging out with her best friend, Molly, down at her brother’s bar.

But all that changes when Abigail MacArthur is in a car accident that Lucy saves her from . . . with the help of Owen Bancroft.

That’s right, the bad-boy is back in town and suddenly Lucy’s spinster-fate seems to be up in the air.

Owen is back to look after his mother, who is suffering from Alzheimer’s. He’s also returned home to get his bearings and make some life decisions. A stray bullet from a friend shattered Owen’s police career, and now he’s a gimp with no prospects and no direction in life.

Enter Lucy Harrison. His high school tutor and the sweetest thing he left behind in Cypress Hollow. He never forgot that one kiss they shared the night before he left . . . and it seems Lucy hasn’t either.

‘Lucy’s Kiss’ is the second book in Rachael Herron’s heart-warmingly addictive ‘Cypress Hollow Yarn’ series. In the US it is titled ‘How to Knit a Heart Back Home’.

I was positively delighted by the first book in Herron’s series, ‘Eliza’s Gift’, so I went into this second instalment with high hopes . . . and Herron exceeded expectation!

Once again, there is a delicious romance at the centre of this novel. Herron doesn’t need to write flashback scenes to articulate the extent of Lucy’s teenage crush on the dark and enigmatic Owen Bancroft. It’s still so fresh in Lucy’s mind that when Owen reappears in town, she has an outpouring to her best friend Molly about the disastrous night of her best first kiss. There was a fuchsia, puffed-sleeve dress involved . . . and a vomiting photo that ended up in the school paper, to say the least. It’s like something out of ‘Never Been Kissed’ with Lucy as the veritable Josie Grosie.

But we also get Owen’s perspective on the teenage Lucy whom he left behind . . . and it warms the heart to read of the soft spot he had for his nerdy tutor. Everyone in Cypress Hollow was wary of Owen as ‘the bad seed’. His father was arrested three times and ended up dying in jail . . . the Bancroft family reputation preceded Owen his entire life. But Lucy was different. She tutored him when he was failing in math, and they shared one lovely, heated kiss that marked Owen’s only regret in blowing out of the little Hollow town.

When Owen returns to town he takes Lucy up on her offer to rent the parsonage behind her church-converted-bookstore. And that’s why sparks begin to fly. Neither of them can quite shake the crush of their past, and living in close proximity only heats those memories up. . . I absolutely adored Owen and Lucy. They share some of the sweetest moments that will make you go ‘awwww’. . .

Owen drew her closer and used his thumb to stroke the side of her face. “You’re doing good, heart.”
He didn’t know where that last damn word had come from. He wanted to take it back, to swallow it and hide it, put it away forever. And he wanted to hang it on a golden chain around her neck.

I really loved Owen. He’s a complicated character with an interesting back story. He may have once been the town bad-boy, but he made good by becoming a San Diego cop . . . until a drug-bust went bad and he was left with a permanent limp and discharge from the force. Now Owen is grappling with his emasculating injury and trying to sort out his altered career path, while also coming to terms with his mother’s downhill battle with Alzheimer’s. Lucy was a wonderful counterpoint to Owen’s woes. She’s bookish and shy, unchanging since high school and still pining for the one that got away. These two were deliciously sweet, an odd-couple who balanced each other and together they steamed up the page!

Once again, the thread that holds this whole ‘Cypress Hollow Yawn’ series together is Eliza Carpenter. She was the veritable rock star of patterned knitting, and a Cypress Hollow celebrity. When Owen moves back home he and Lucy sort through his muddled mother’s boxes of old things, and unearth some old handwritten notes and patterns from the late Eliza Carpenter . . . prompting Lucy to edit a new knitting book with her mentor’s memories.

I love the theme of this series. I never knew knitting could be such an art form – or a balm for the soul. But Herron infuses her book with a love of the woollen art, and the chapter-beginnings with words of wisdom from Eliza Carpenter are wonderful and endearing (and a little more profound than the usual knitting puns; knit happens!);

When you think that the knitting is all that matters, it’s time to put it down and look up to see the person sitting on the couch across from you. You may have forgotten who you’re knitting for.
- E.C.

Rachael Herron has created a wonderful new contemporary romance series, based around an ages-old tradition. She writes sparking chemistry for her knitastic heroines, and pairs them with lush heroes who will curl your toes. ‘Cypress Hollow Yarn’ is definitely one of my favourite new series, and Rachael Herron has become an automatic-buy author for me. I can’t wait for the third book ‘Knit Together by Love’. Knit on! 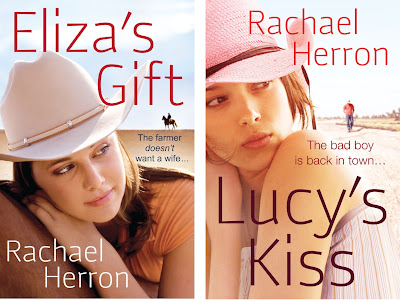 I love Rachael Herron’s warm narrative so much, I’m even going to read her non-fiction collection of essays titled ‘A Life in Stitches: Knitting My Way through Love, Loss, and Laughter’. It’s set for an August 2011 release, and I can’t wait! 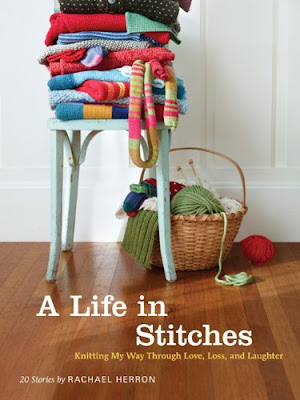