'The Wrong Boy' by Suzy Zail 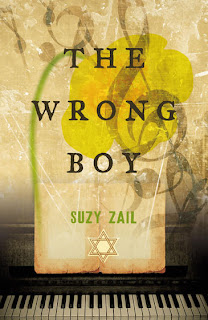 Most of all, Hanna didn’t plan on falling in love with the wrong boy.

Hanna Mendel has a dream to follow in the footsteps of her musical muse, Clara Schumann, the celebrated German pianist. Hanna is only fifteen, and already her musical talents have seen her debut at the Debrecen Town Hall and play at the Goldmark Hall. By eighteen, Hanna hopes to shadow Clara and be playing to sell-out crowds in Vienna . . . then Hitler and the war came to Hungary, and everything changed. Hanna and her family have been living in a ghetto; sectioned off with other Juden (Jews), and slowly their world began to alter. Her non-Jewish friends stopped talking to her at school. Her father, a talented watch-maker, had his business close down. The Mendel family have tried to cope in these trying times of war; Hanna, her father, mother and older sister, Erika all living day-to-day within the confines of the ghetto. These are difficult times to be Jew, but so long as the family has each other, they should be fine.

One night the ghetto is evacuated. Everyone is told to pack a bag and enough food to last three days. The Jews are being taken to a work camp.

Hanna and her family leave their apartment, their valuables and small mementos behind (save for a C-sharp black key from Hanna’s beloved piano). They will be there when they come back, when this war ends . . .  But no one is prepared for the journey before them.

All the Jews are herded into cattle trains; made to stand for days on end while the train clambers along the countryside, taking them to Poland and Auschwitz-Birkenau.

At Auschwitz Hanna, Erika and their mother are separated from their father – with a flick of his cane, Josef Mengele sends healthy workers to the right, while the children, elderly and infirm are sent to the left and never seen again. . .

The women are stripped, shaved and tattooed. Hanna is now A10573, and put to work in the quarry like everyone else. But it quickly becomes apparent that the Auschwitz slogan ‘Arbeit macht frei’ (work sets you free) is a cruel taunt. Everyone works for mouldy bread and muddied water. Block leaders whip and beat the women if they so much as look at them the wrong way . . .  Auschwitz is no work camp, Hanna decides, rather it is a place of death. 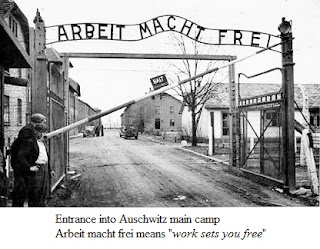 And then a miracle; Auschwitz commandant, Captain Jager, needs a pianist. He will be holding an audition for one girl to be his entertainment when he wines and dines guests. This is a mixed blessing – the lucky pianist will be alone in Jager’s home and able to steal scraps of food and have a respite from the back-breaking quarry work. But Jager’s last pianist lost a finger when she hit the wrong key, and to be caught stealing means a bullet to the head.

Hanna is successful and wins the audition – and it is in Jager’s house, playing for his SS officer friends, that Hanna first sees Karl, Jager’s son. What starts as contempt for the beautiful boy turns into something more, something dangerous and forbidden.

I first heard about Suzy Zail’s novel from Adele, of Persnickety Snark fame. Then I was told that Ms Zail had attended the same RMIT Writing & Editing course as me, and that a couple of my friends were mentioned in her ‘Acknowledgements’. So, long before I actually read the book, I was excited for all the whispers of brilliance, and because the blurb was thoroughly intriguing. And now that I have devoured the novel, I must say that all the advance praise is utterly deserved. ‘The Wrong Boy’ is a beautifully crushing read, and I hope it gets nominated for a few young adult literary awards in 2012.

From 1933 to 1945, six million Jews were killed in the Holocaust; though this is a rough estimate, since it’s impossible to precisely know the extent of the slaughter. Of the six million, it is again roughly estimated that 450,000 Hungarian Jews perished. And in Auschwitz-Birkenau concentration camp alone, over one million Jews were murdered.

Suzy Zail’s story is somewhat inspired by her father who, she explains in her author’s note, was sent to Auschwitz when he was just thirteen-years-old. She has previously written a book about how her father survived the Holocaust, titled ‘The Tattooed Flower’, but ‘The Wrong Boy’ is a work of fiction . . .  based around a tragic and dark moment in human history. 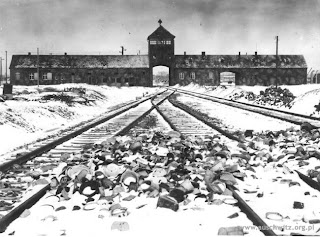 ‘The Wrong Boy’ is a tough read, and so it should be. Many times I had to put the book down, unable to read through my tears. But by the last page I was ready to sell this novel on street corners – I’m already imploring friends to borrow my copy, and I intend to tell my aunt to recommend the book to her students (she is of Austrian descent, and a German language teacher at a Melbourne high school). This novel left me raw, but I’m bloody glad I read it.

Through Hanna’s eyes, Suzy Zail explores all aspects of the Holocaust. We learn of the slow unfolding before the war, when Jews were ghettoized and made to live with ‘their own kind’. Hanna speaks about the non-Jewish friends who abandoned her, the neighbours who turned a blind eye. At Auschwitz, Zail delves into the little-discussed politics within the concentration camp and barracks hierarchy. Block leaders were assigned to keep people in check – Jewish women who were also prisoners, but ranked above the rest (and often with a coloured patch on their uniforms, identifying them as murderers). When Hanna is assigned as Captain Jager’s pianist, she and her family experience derision from their barrack mates, who believe Hanna is like those women in the camp who spread their legs for the soldiers. 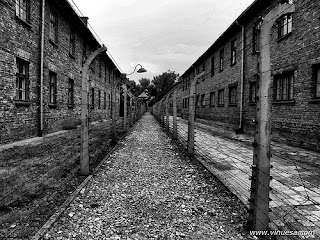 Throughout the novel Hanna is seemingly in two worlds – within the camp she witnesses the horrors and injustices – women picked off one by one when they don’t pass the morning fitness test, and the way that they eventually turn on one another for a scrap of bread or a dead woman’s shoes. And then she ventures into Captain Jager’s luxurious home, where she is made to play Mozart and Wagner, making herself sick as she entertains his uniformed friends;

I closed my eyes and tried to slip inside the music but I couldn’t get in. I squeezed my eyes shut but it was still there, an image flickering against the backs of my eyelids – a man with silver hair bent over a dead body, prying open lips and pulling at gold teeth. I opened my eyes and stared at keys, but no matter how hard I tried I couldn’t force my way in. I stared at the notes dancing across the page and felt sick.

Playing in Jager’s home means Hanna also comes into contact with his beautiful son, Karl. The boy will not meet Hanna’s eyes, and she is convinced that she disgusts him – the dirty Jew in his home. But the months pass with requiems, Chopin, Beethoven and the ‘Moonlight Sonata’ . . .  and Hanna begins to see Karl in a new light, even if he is the wrong boy for her.

The romance in Zail’s novel is complex and sure to keep the reader on edge, but is really second-tier to the politics and sadness within Auschwitz. Zail writes about life in the concentration camp with striking clarity and ruthlessness; and these scenes within the camp’s walls are utterly harrowing. Because ‘The Wrong Boy’ is set in Auschwitz, Zail writes about real figures of the Holocaust and Nazi party – Josef Mengele, for example, assumes his role as the ‘Angel of Death’, the camp’s man with the cane who chose who lived and who died. Zail also touches on Mengele’s role as camp doctor, when Hanna’s hometown friends, twin girls, are hand-picked by Mengele and taken from the barracks. . .

Hanna is a brilliant heroine. Throughout the book she sways between terror, anger and profound sadness - but her determination is constant. She simply will not succumb to death in this putrid camp,  and she will do anything to help her family survive with her. She is an inspiring heroine, and an utterly compelling narrator.

I don’t want to give anything away about the ending, particularly concerning who lives and dies. But I really liked that at the end, Zail touches on yet another aspect of the Holocaust – the return. Those Jewish survivors who returned to their homes across Europe, only to find they no longer existed. In the aftermath of liberation there are rumours of Jews fleeing to Palestine, where they intend to build an army. Other Jews are talking about finding solace in Australia – as far away from Europe as they can get. This is a whole other facet to the Holocaust, and just as interesting, so I fully intend to read Zail’s ‘The Tattooed Flower’ to get more insight into this aftermath. 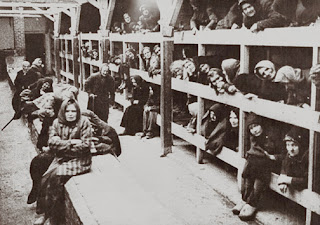 I am fascinated by history, always have been. I remember reading ‘The Diary of Anne Frank’ in year six and being crushed by the book’s epilogue, which described Anne’s death from typhus in a concentration camp. Going into high school and finally learning about the ideologies that led to The Holocaust was both interesting, and disheartening. That people can be swayed to violence and inhumanity by nothing but madness and prejudice . . .  it’s sickening. Even more so when you see picture evidence of the suffering – skeletal people in rags and shaved heads, looking like ghosts as they stare out of black and white photos. And those photos of bodies piled like mountains, discarded and buried en masse. It doesn’t matter how many documentaries I watch, or history books I read – seeing photos of the concentration camps, those faces and inhuman bodies absolutely floors me. I don’t want to believe that human beings can be so cruel to one another. But we can.

The young adult genre seems to produce some wonderfully complex and important fiction books about the Holocaust; Morris Gleitzman’s ‘Once’ series, ‘The Boy in the Striped Pajamas’ by John Boyne, and of course certain nominees in the ‘Sydney Taylor Book Awards for Older Readers and Teen Readers’ (books that exemplify the highest literary standards while authentically portraying the Jewish experience). ‘The Wrong Boy’ is vital reading, another harrowing but important fictionalized account of the darkest period of human history. I hope that Zail’s novel gets put up for a few literary awards this year. 'The Wrong Boy' is a book that, anyone who reads it will be moved, and enraged by the history and truth within its pages. 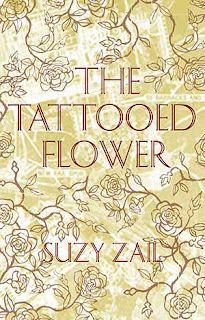