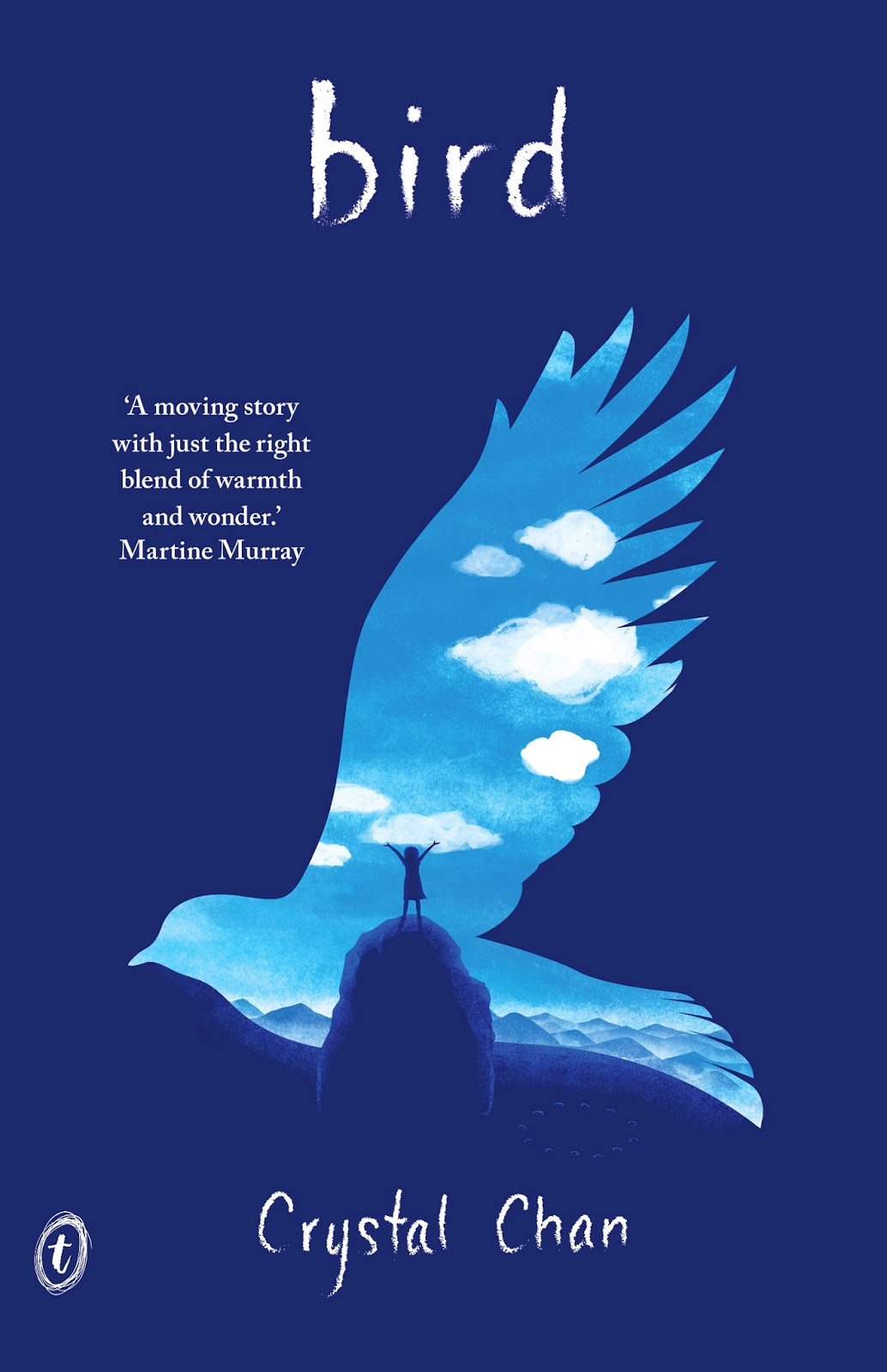 Nothing matters. Only Bird matters. And he flew away.

Jewel never knew her brother Bird, but all her life she has lived in his shadow. Her parents blame Grandpa for the tragedy of their family’s past; they say that Grandpa attracted a malevolent spirit—a duppy—into their home. Grandpa hasn’t spoken a word since. Now Jewel is twelve, and she lives in a house full of secrets.

Jewel is sure that no one will ever love her like they loved Bird, until the night that she meets a mysterious boy in a tree.

Grandpa is convinced that the boy is a duppy, but Jewel knows that he is something more. And that maybe the time has come to break through the stagnant silence of the past.

Entrenched secrets, mysterious spirits, and an astonishing friendship weave together in this extraordinary and haunting debut.

Jewel was born the day her brother John ‘Bird’ died. On that day, Jewel’s birthday, her Grandpa stopped talking and the whole family became quiet and sad … and they’ve stayed that way for the last 12 years.

Then, on her 12th birthday, Jewel climbs a tree and meets a boy called John. John is African-American, adopted by white parents and obsessed with becoming an astronaut. In Jewel, he finds a kindred spirit, not least of all because in their small Iowa town Jewel and John stick out;


“You’re not from around here.”

A little something tightened inside me, like it did every time I got this question, but I was used to it. Mostly. “I’m half-Jamaican, a quarter white, and a quarter Mexican,” I said.

“Wow,” John said. “I didn’t know people could turn out like that.”

“And I am from around here,” I said, making sure my voice carried over the crickets. “I was born in the house down the road.”

John said, “I’m not trying to insult you or anything. I’ve just never met someone like you.”


But Grandpa becomes convinced that John is a ‘duppy’ – a bad spirit from Jamaican legend. Jewel doesn’t believe such things, but she knows that sine John arrived secrets are coming out, and her sad, quiet family are starting to reflect on their past …

From the very first line, this book had me;


Grandpa stopped speaking the day he killed my brother, John.


And by the end of the first page, I was hooked and already a little bit teary;


… until Bird jumped off a cliff, the cliff at the edge of the tallgrass prairie, the cliff that dropped a good couple hundred feet to a dried-up riverbed below. Bird’s little blue bath towel was found not far from his body, snagged on a bush, the towel that served as wings.


This is a book about wounds that just won’t heal and what happens when loss and guilt get all mixed up in the here and now. It’s about the solace of friendship, and brings to mind that Frida Kahlo quote: “I used to think I was the strangest person in the world but then I thought there are so many people in the world, there must be someone just like me who feels bizarre and flawed in the same ways I do.” Above all else, Crystal Chan’s ‘Bird’ is beautiful.

Jewel is a most intriguing young woman. She’s obsessed with rocks and hopes to be a geologist one day. She’s also struggling in her rural-Iowa town where she sticks out for her Jamaican/Caucasian/Mexican heritage. Crystal Chan herself is of Chinese/Polish descent, and offers up a real gem in the character of Jewel and her explorations into being mixed-race. This particular thread of the story really struck me, especially when you consider that the only other person who would have really understood what it’s like to be Jewel was her brother – John ‘Bird’. But he died, and so Jewel is navigating her childhood without the brother whose death stills casts a pall over the family.

I loved the friendship between John and Jewel – a lovely balance between the astronomer and the geologist, one so grounded and the other always looking up to the Heavens. I especially liked their ambitions because it means the book is peppered with some interesting astronomy/geology factoids (all of which Chan has gathered on her website).

In the second-half of the novel the focus shifts back to Bird’s death, and the loss, guilt and blame Jewel’s family have let broil beneath the surface for the last twelve years. I liked the fact that Chan gave the adults in Jewel’s life such complex, heartbreaking backstory … but these were events that happened when Jewel was just a baby and though she’s been living in their aftermath, by the second-half of the novel she’s not as proactive in her own story and turned into a bit of a bystander. And I did wonder if younger readers would pick up on the difficult nuances and revelations of the adult’s story – but at the same time I do appreciate that Chan lets her readers peek into such a complex, strained adult world.

This is a really beautiful book – but by no means an ‘easy’ book, especially for young readers going on this emotional journey with Jewel. But Chan’s writing is delicate and heartbreaking, John and Jewel are a fabulous pairing and I loved this book about the reverberations of the past being felt in the present. 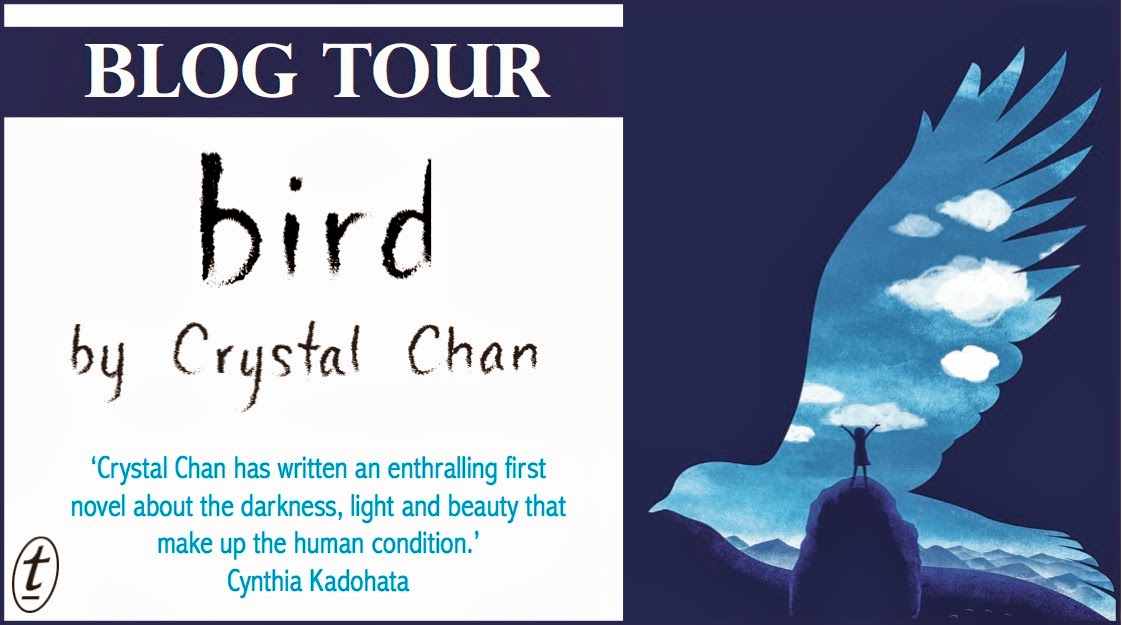