Giveaway: 1 of 3 copies of 'The Last Shot' by Michael Adams 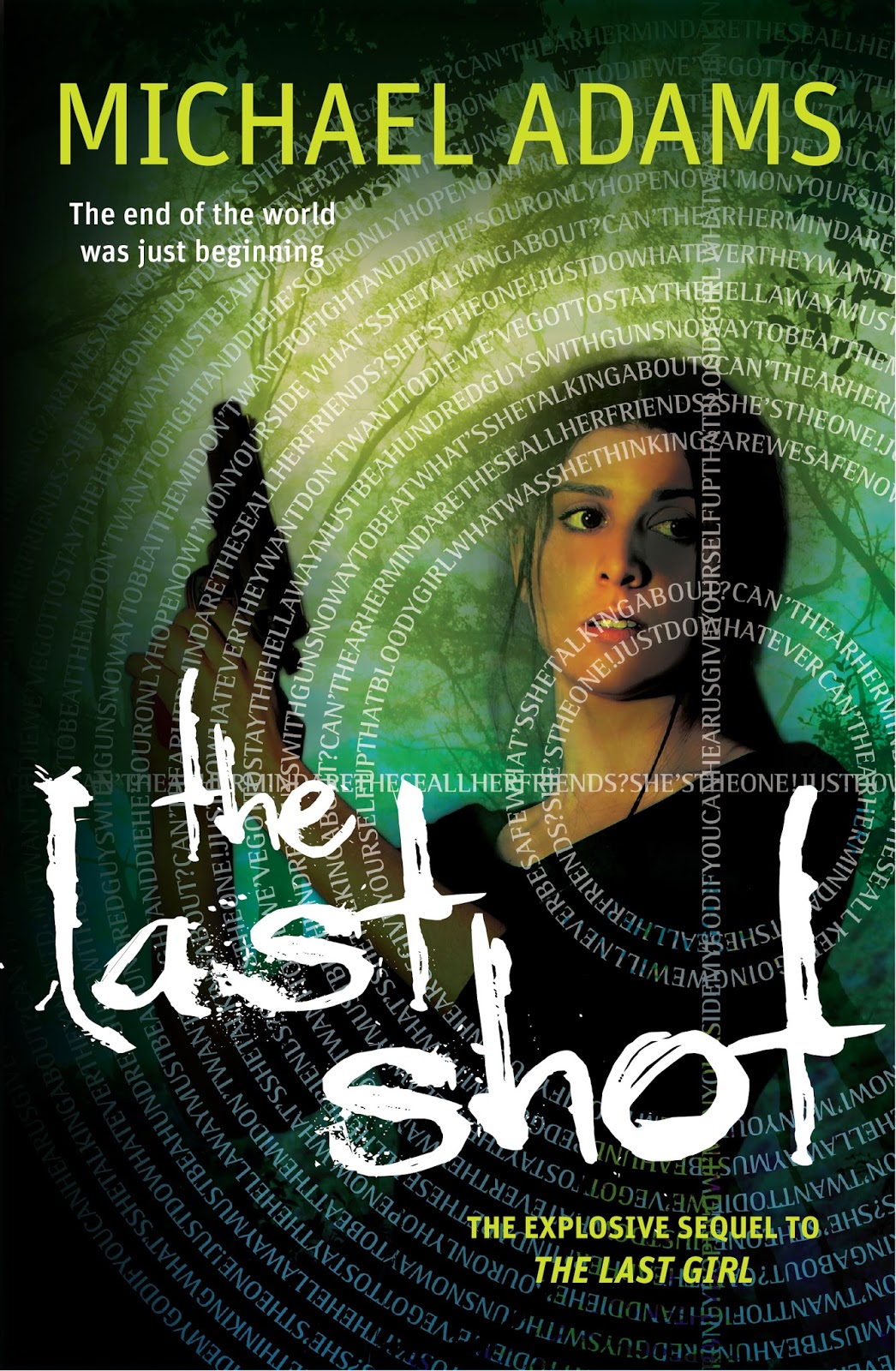 I glance at my fellow fugitives in the glow of the fire: black-streaked, white-eyed, faces fearful but fierce. Whoever any of us were a week ago, we've now become people we could never have imagined.

After facing the heartbreaking truth in Shadow Valley, Danby is determined to have her revenge on Jack.With Jack dead, her little brother Evan and hundreds of other Minions will be free of his control. With Jack dead, she and her friend Nathan will be able to revive thousands more from the millions of catatonic Goners.

But what if she's wrong - about everything?

After Danby confronts Jack on a dying stretch of highway, all of her beliefs are turned inside out. Not only are his feelings for her real, he's working against the clock to save lives and rebuild society. To Danby's horror, it's Nathan who appears to threaten the new order.

With her emotions raging and blood on her hands, Danby has to take a side in a deadly battle that'll decide the future of the world. And as allies become enemies and foes turn into friends, she'll have to embrace methods so dark that the price of survival may be her very soul ...

The very kind people at Allen & Unwin have given me 3 copies of the second book in Michael Adams' 'The Last' trilogy to giveaway!

⚀ Become a follower of my blog (if you aren't already)

⚀ Include a way to contact you (e-mail addy is fine)

⚀ This is a giveaway for AUSTRALIAN resident’s only!

⚀ Contest closes March 12
I will announce the lucky winner on August 17
Posted by Danielle at 1:00 AM