'The Borrower' by Rebecca Makkai 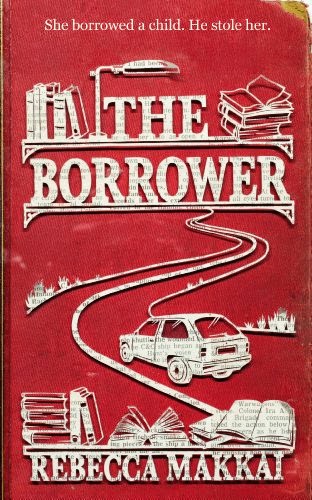 In this delightful, funny, and moving first novel, a librarian and a young boy obsessed with reading take to the road. Lucy Hull, a young children's librarian in Hannibal, Missouri, finds herself both a kidnapper and kidnapped when her favorite patron, ten- year-old Ian Drake, runs away from home. The precocious Ian is addicted to reading, but needs Lucy's help to smuggle books past his overbearing mother, who has enrolled Ian in weekly antigay classes with celebrity Pastor Bob. Lucy stumbles into a moral dilemma when she finds Ian camped out in the library after hours with a knapsack of provisions and an escape plan. Desperate to save him from Pastor Bob and the Drakes, Lucy allows herself to be hijacked by Ian. The odd pair embarks on a crazy road trip from Missouri to Vermont, with ferrets, an inconvenient boyfriend, and upsetting family history thrown in their path.

But is it just Ian who is running away? Who is the man who seems to be on their tail? And should Lucy be trying to save a boy from his own parents?

I am a firm believer in this sentiment laid out in one of my all-time favourite books, ‘The Guernsey Literary and Potato Peel Pie Society’:


This is true. It happens to me, quite often. Most recently I found a new favourite book after becoming a wee bit obsessed with another new favourite book. I read Carol Rifka Brunt’s ‘Tell the WolvesI’m Home’ in April and I’m still thinking about it (lusting after it, more like) even now, so long after finishing. So, naturally, I went trawling the Internet for interviews with Brunt and read reviews of her book in the hopes that someone would write; “Oh, if you loved ‘Tell the Wolves I’m Home’, then read _____ next!” And then I came across a goldmine – a 2012 article in which Carol Rifka Brunt talks about her six favourite books. Jack. Pot.

One of the books on Brunt’s list is ‘The Borrower’, the 2011 debut by Rebecca Makkai, which Brunt described thus: “Take one well-meaning librarian, one possibly gay 10-year-old boy, and one road trip across the country, and you have the wonderful and witty story of The Borrower. The moral ambiguity of so many of the decisions made along the way was what kept me thinking about this book long after the last page.”

Sold. I went straight to my library and borrowed ‘The Borrower’ and now I’m so grateful for that geometric progression that brings good books to their rightful readers.

‘The Borrower’ is about Lucy Hull, a twenty-six year-old librarian working in Hannibal, Missouri (a pseudonym town name she is borrowing for the purposes of this confessional retelling). Lucy is the daughter of a Russian immigrant father who, by his reckoning, escaped Stalin and the KGB to start a better life in America where he’s now probably involved in the Chicago Russian mafia to varying degrees. Lucy is a little bit aimless and rudderless, having grown up the daughter of a revolutionary, now her biggest ambition is not to be perceived as a librarian cliché as she works the children’s room basement at Hannibal Public Library.

The book begins with a prologue (Ian Was Never Happy Unless There Was a Prologue) in which she tempts readers by saying: “… for Ian, the boy I stole, because regardless of who the villain is, I’m not the hero of this story. I’m not even the subject of this prayer.”

So begins Lucy’s recounting the before and during of a terrible crime she committed. But first she wants to explain what led to her rash decisions, her criminal offence. For this, she needs to tell us about ten-year-old Ian Drake – a story-time regular whom the head librarian refers to as “that little homosexual boy” and who Lucy enjoys nurturing with book recommendations. Ian is a voracious reader and a real character, the library is his sanctuary and he brightens Lucy’s day. But then Ian’s home life is revealed to Lucy when his evangelical, anorexic mother comes in to give her a list of unsuitable books her son is not permitted to check out (nothing to do with wizards and magic, none by that Harry Potter fellow etc) instead she wants Ian to read books with the “breath of God” in them. This, naturally, grates on Lucy’s librarian sensibilities and the First Amendment. When she discovers that Ian’s parents are so concerned by his homosexual tendencies that they start sending him to a mega-church who promises to “hate the sin, love the sinner” and guide youth back to heterosexuality, Lucy about reaches a breaking point.


I remember wishing – even then, before things started to happen – that Ian could have been there, front row or backstage, watching Shakespeare and falling in love and seeing the universe open up for him. I could put a book in his hands, but I couldn’t take him by the ankles and dip him headfirst in another world. And for some reason, I knew even then that he needed it.


Lucy isn’t an unreliable narrator. If anything, she’s a self-conscious narrator. She’s very quick to admit that she might have been putting her own misgivings and past experiences onto Ian’s home life – projecting onto his family a cruelty that wasn’t really there. Even with these hesitancies of Lucy’s, readers can add two and two together and see that Ian started to feel stifled and reached his own breaking point when his access to books – to the worlds and adventures and characters he must surely have felt were family – was denied, he started devising an escape plan … one that involved kidnapping his favourite librarian for the adventure of a lifetime. Add to the evidence that this is a kid who read (and loved) ‘From the Mixed-Up Files of Mrs. Basil E. Frankweiler’…

This merciful twist on what has become a very frightening reality – kidnapped children – is what gives the book such charm. That, and the sheer joy that comes from reading Lucy narrate her story as someone who has lived her life in books. So, again with the self-consciousness, she often has little asides with the reader about structure and character motivation, will poke fun at her spiralling life through children’s book alliteration


Anyone who’s heard this kind of story before, the kind where someone does something rash and throws away everything she has, will be looking for what I was running away from. Because surely I was running away from something, too. Surely I must have been deeply dissatisfied with my life. Or I had a failed and embarrassing affair, or I didn’t want to face that I was subconsciously in love with Rocky, or I felt like a fake because I was, believe it or not, illiterate. Yes, there you go. I was an illiterate librarian, who needed to run away because I’d stolen money from Rocky after he broke my heart by having an affair with Loraine.  No. There was nothing. I wasn’t at a boiling point; I’d just been simmering along.


‘The Borrower’ is such a fantastic book for book-lovers to read. Particularly children’s and young adult aficionados – and not just because Ian is ten and Lucy a children’s librarian, but because Rebecca Makkai pays such respect (and name-drops) all those authors we read growing up who shape our outlook on life and so impact us. It’s a wonderful read for bibliophiles too, because Lucy has such faith in books to save us – to save Ian – and that’s the most glowing prayer of all.

I loved this book. I loved Lucy’s self-awareness in telling of this brief time when she was the protagonist (villain or hero maybe, protagonist definitely) in young Ian Drake’s life. The reader has this hope, like Lucy, that Ian will turn out okay. That he’ll continue to be nurtured and guided by the books and authors who will have kinder words and teachings than his parents and that his life’s adventure is just beginning. I so loved reading Lucy’s brief but impacting presence in Ian’s life. ‘The Borrower’ is a new favourite book, and one I’ll be recommending as fervently as I’ve been spruiking ‘Tell the Wolves I’m Home’. 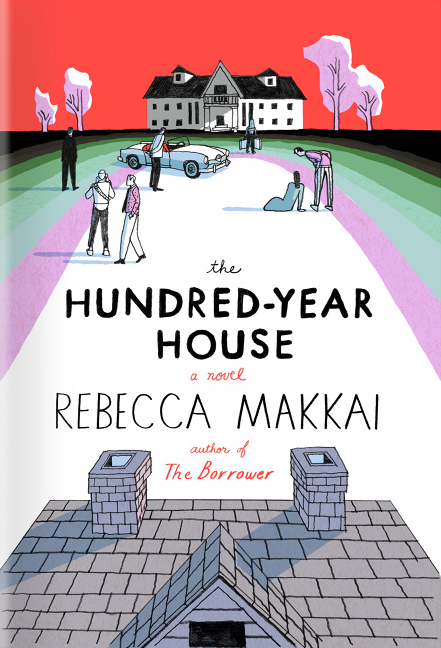 Rebecca Makkai has a new book coming out this July, called
The Hundred-Year House.

I'll definitely be reading it!