Interview with Eli Glasman, author of ‘The Boy’s Own Manual To Being a Proper Jew’ 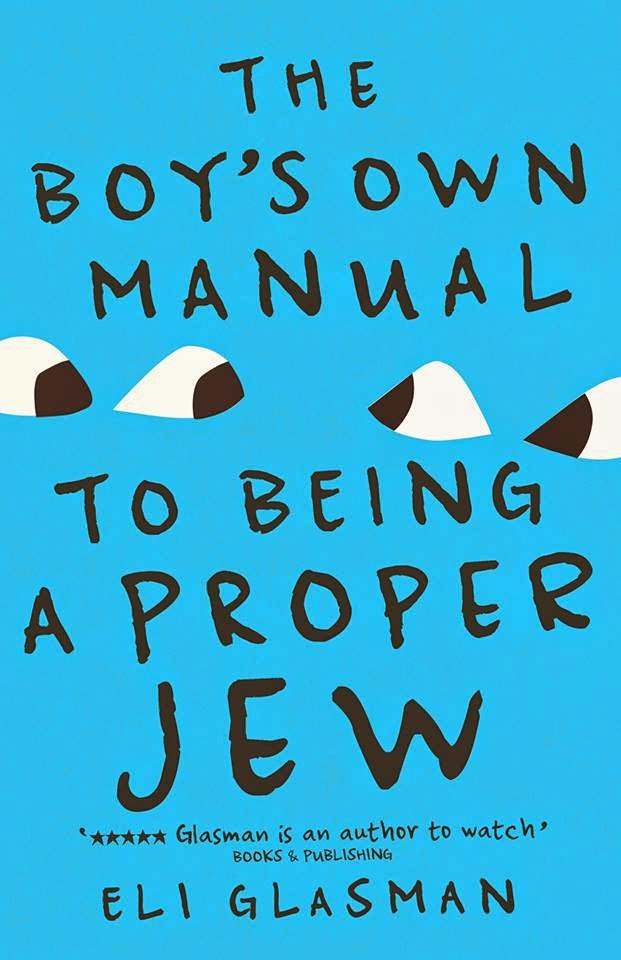 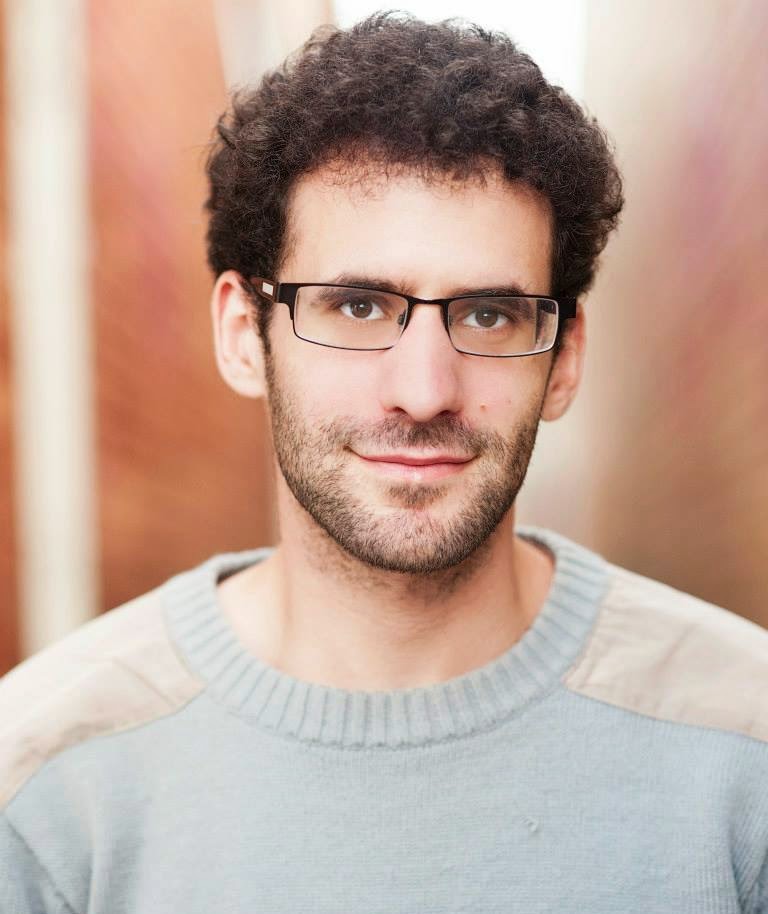 I actually read Eli Glasman’s ‘The Boy’s Own Manual To Being a ProperJew’ a few months back, when the publisher kindly sent me a review copy. I fell in love with the book after one chapter, and by the last page I’d decided I simply *had* to talk to the author of this gutsy coming-of-age novel.

‘The Boy’s Own Manual’ also got me thinking about LGBTQI books in Australian youth literature (or, the lack thereof) and was partly the inspiration for my writing an article about this for the upcoming 19th edition of Kill YourDarlings. I interviewed Glasman for that piece, and will be sure to post links when Issue #19 is released next month!

But until then, here he is – the author who will no doubt be appearing on any number of Australian literary shortlists in the coming months – Eli Glasman!

Slush pile, I guess. My third short story was published in Sleepers Almanac, which is the annual literary magazine that Sleepers Publishing run. So, I’d worked with Louise before and she knew my writing.

I wanted to work with someone whom I’d worked with before. And I greatly respected the novels that Sleepers Publishing released. So, I sent it through to them. She got back to me very, very quickly. Which was great.

Both. I’m fairly structured with the plot and fluid with the prose. On a syntax level, I find it produces stilted prose to be too structured. I make sure to let myself go entirely, allowing for every idea, line of dialogue, point of description to come onto the page without filter. Then I’ll edit the prose appropriately.

However, if I do this without a direction, the prose will meander and I’ll actually find myself focusing on the plot, rather than the sentences themselves. And the prose become forced, repetitive and solely functional. Rather than having the sense of fun and warmth I try to achieve.

Another element is that once the characters are ‘alive’ and I know them well enough much of the prose snowball based on their wants and needs. For instance, with this novel, I knew that I wanted certain elements based on something I’d planned – such as, say, a point in the character’s development, but I needed to allow the character to reach that point organically.

So, if I wrote an exchange of dialogue I think worked and Yossi was feeling angry by the end of it, I needed to ensure he remained feeling angry for a realistic amount of time. And if/when he calmed down it needed to happen naturally, say because of something someone said, or simply because of the passing of time. This approach avoided drastic chops and changes in the character’s emotional state.

So, the novel unfolded organically in that sense, however I still had a solid idea of where I wanted the characters to go. And even if I forgot about what I’d planned as I was writing, the characters would often end up there on their own, so to speak. 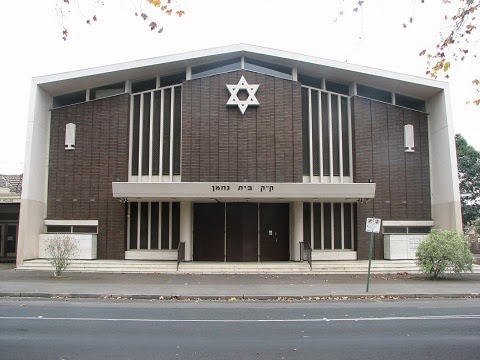 Q: How long did it take you to write ‘The Boy’s Own Manual to Being a Proper Jew’, from first idea to final manuscript?

It took me seven months. I can’t take too long to write a novel. The writing kind of takes over my life for a while and I need to get it all down while it’s still fresh. It’s not that I lose ideas, it’s that I lose emotional connections I’ve made with the potential of what the novel can be. I like to write with that thrill.

Free for all, I guess. I work in periods of obsessions, which can go on for years. I have certain themes, ideas and character types, which I will explore in every angle I can through a series of works – be it short stories, novels and recently, blog entries – until I feel I no longer have anything to say about it.

I’ve been writing since I was a kid, however I only focused seriously on getting published a few years ago. So, for me, the work that is getting published now is a continuation of the work I’d been doing for a very long time. So, it’s difficult to pinpoint how a story emerges. I’ve had several in mind for a number of years, which will one day reach the page. But right now, they’re a jumble of ideas, themes, characters and even descriptions and lines of dialogue. A large part of the initial stages in the writing process is just about clearing all that up so it makes sense. 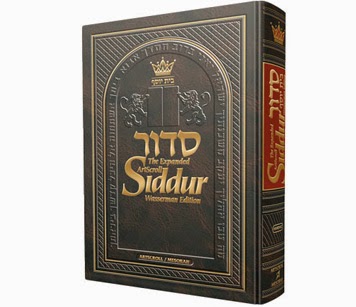 Q: Were you drawing a lot on your own experiences with regards to Yossi’s religious devotion and teachings? His school life was so fascinating, and meticulously explored.

I was, most definitely. I love drawing on memory when I can and I certainly enjoyed thinking back to my school life. I would devote evenings to simply remembering things.

In one of my blog posts, I talked about how I stopped believing in God and living the religious lifestyle, yet that I still miss believing in God. It’s just, for me, being an atheist isn’t a choice.

So, it was nice to be able to exercise some old beliefs, which I am no longer able to experience. That was one of the major enjoyments of writing this novel for me.

The intimacy of the genre. I love the intensity and honesty of teenage relationships.

I’m writing a novel about a young man with Crohn’s Disease who is trying to deepen his relationship with his mother, who suffers from bipolar. The novel explores the manner in which each of their illnesses isolate one from the other.

I wish I knew when it’ll hit the shelves! I try not to think too far ahead when I’m writing, or I get anxious about it. But hopefully not too long. 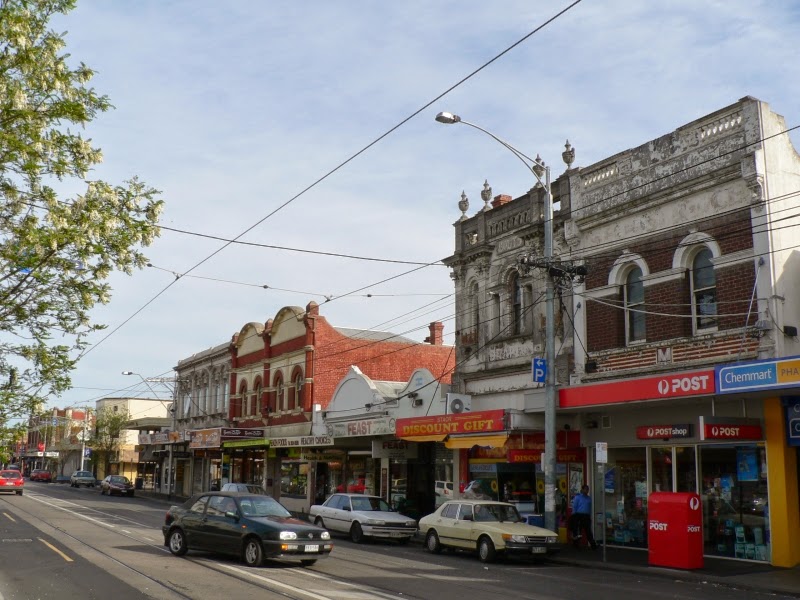 Q: Do you have any recent great reads to recommend?

Holy Bible, by Vanessa Russell, and What Was Left, by Eleanor Limprecht and Inheritance, by Balli Kaur Jaswal. And not just because they’re Sleepers novels, it’s because they’re awesome.

Focus on learning the craft.

A publishing house is a company that produces books. They can do a number things in house and for other things they outsource. The writing of the books themselves, is something that they outsource. If you wish to be the one they outsource to, you will need to be able to do something they can’t do in house – namely write fiction. So make sure you understand this craft through and through. You are hoping to present yourself as a freelancer, an expert. So become an expert.

If any of the elements of writing fiction, such as character development, plot structure, dialogue, syntax are things you don’t understand, learn about them through writing and reading and talking to others about the craft. You don’t want to be learning on the job once you start to get published. Because if you do bad work and it does get published, it will be by your name forever.
This time right now, before you get published, is extremely important. It is the only time you will truly have to learn this craft without any expectations placed on by others.

And secondly, share your work! Language is a tool of communication. It was never mean to sit inside our heads and fester. Gauge how others respond to your writing. It is one of the best ways to learn the craft. Get used to getting criticism. If you’re in this for the long haul, you're going to have to get used to putting your work out there eventually. So, start now.

Email ThisBlogThis!Share to TwitterShare to FacebookShare to Pinterest
Labels: Aussie YA, Australian YA, Eli Glasman, interview, Q and A, YA