Interview with E. Lockhart, author of 'We Were Liars' 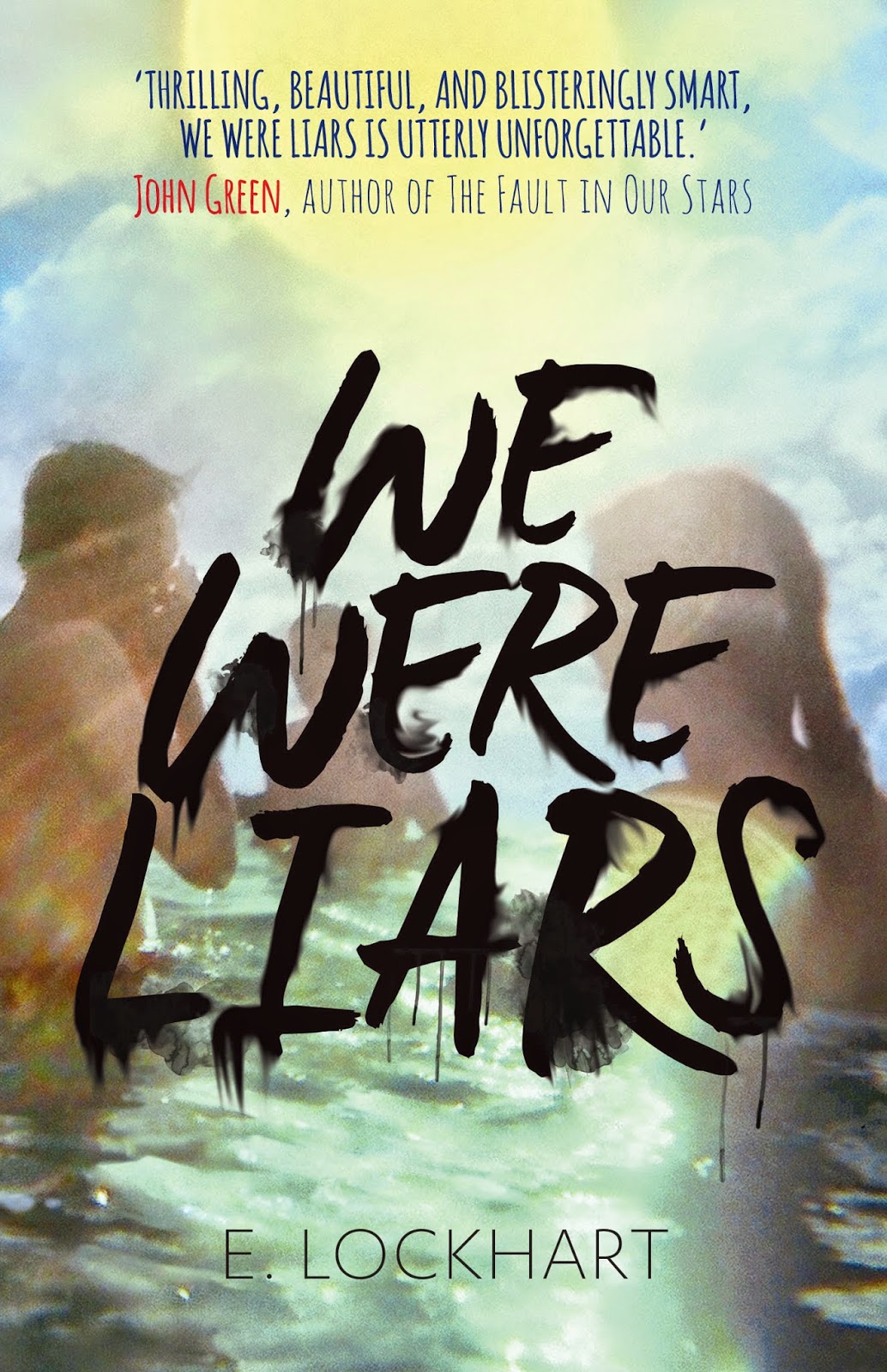 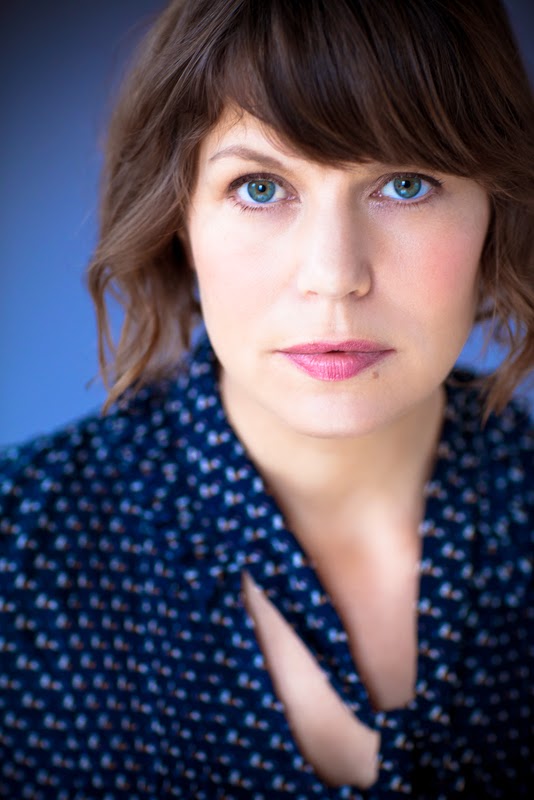 Earlier this year I found what is, quite possibly, my ultimate 2014 Favourite Book - 'We WereLiars' by E. Lockhart. No doubt you’ve heard of this book, which has just been released in Australia by Allen & Unwin and is making some serious waves overseas.

In my review of the advanced copy I received form the US, I said of ‘We Were Liars’: “haunting and visceral, full of poignancy and sugary sweetness everyone should read this.” So when the opportunity arose to interview E. Lockhart (who also authored another favourite book of mine, ‘The Disreputable History of Frankie Landau-Banks’), I naturally jumped at the chance.


The images you see in this Q&A are from the 'We Were Liars' tumblr and Pinterest pages - something you should definitely check out as a great new addition to the YA social media marketing sphere (and a great behind-the-scenes look at Lockhart's inspiration for the book)!

Agent. But it was not the first project my agent had tried to sell. 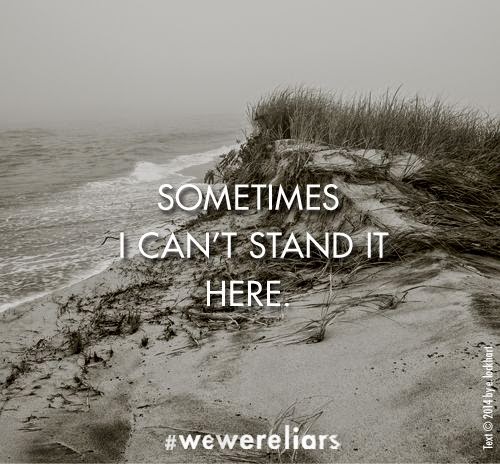 I often restructure my novels in major ways after a first draft is finished.

Q: How long did it take you to write ‘We Were Liars’, from first idea to final manuscript?

I spent 18 months writing the book, but I wrote the proposal and sold it a year before I began writing it.   I do that a lot.  I sell all my books on proposal, now. 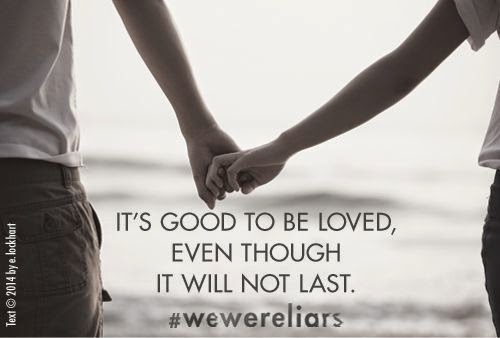 It is different with every book. With We Were Liars I thought of the setting first.  I was interested in an isolated island where people summer year after year, and the kinds of bonds those people would form.

Q: The Sinclairs feel like a very Kennedy-esque American family with a lot of skeletons in their closet. Where did the inspiration for them come from, and what sort of research did you do before writing ‘We Were Liars’?

I think rivalry between siblings  is universal. So is intergenerational conflict. I didn’t base the Sinclairs on anyone in particular, but I have seen people like that around when vacationing on Martha’s Vineyard, which is an island in Massachusetts with a large and wealthy summer population. 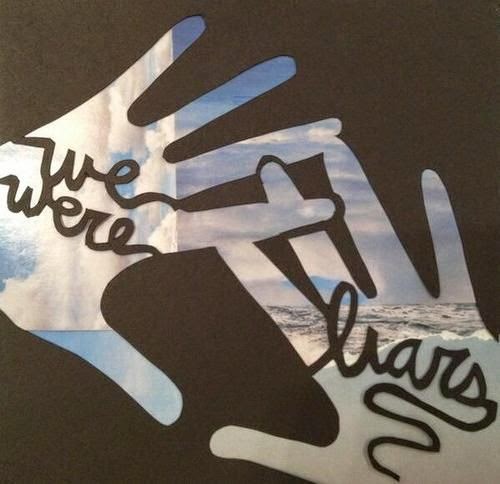 Q: ‘We Were Liars’ has a very tricky narrator in Cadence ‘Cady’ Sinclair Eastman – especially because her narration leaks into the bigger mystery of the book. It reads seamlessly, and a lot of the time I thought it was interesting how readers were piecing together the mystery when Cady was reluctant to. How hard was it to write that narration, and how many drafts before you nailed the unreliable first-person?

The narration in We Were Liars was very, very difficult. I’d estimate 20 drafts.  Depends on what you count as a draft. Maybe 40. 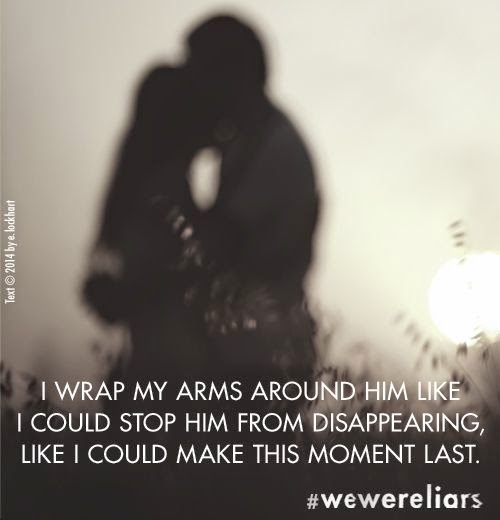 Q: I’m also a big, big fan of ‘The Disreputable History of Frankie Landau-Banks’, which also has a very unique narrator in an omniscient third-person who reads like a biographer of the future (infamous) Frankie Landau-Banks. I thought it was such a unique way to tackle the defining moment in a young woman’s life – what inspired you to write that book in such a way?

Thank you. The narrator in Disreputable History was very fun to write, but it wasn’t a conscious decision.  The first paragraph came out in that voice and that was that.  All my novels have stylized narration, but most of them are first person. That book is just in third.  Opinionated third person isn’t that common. 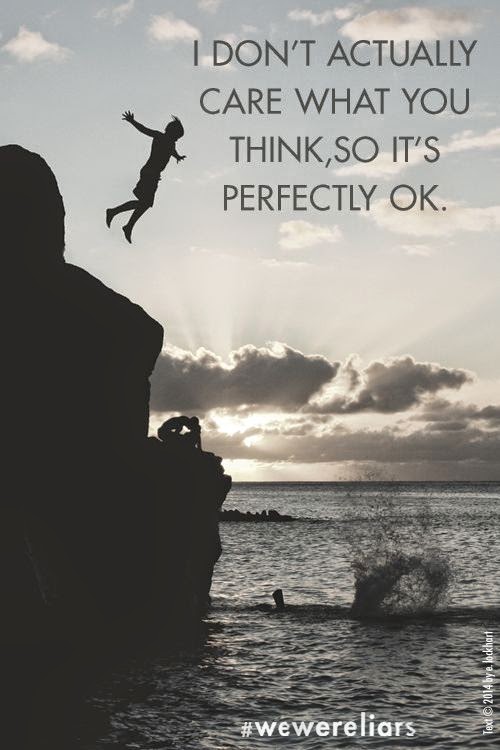 Q: 'We Were Liars' is one of the biggest YA books of 2014 - it's getting such rave reviews and a real word-of-mouth fandom is growing. So, have there been any offers to adapt it for film or TV? ... also, who would your dream cast be?

Adolescence is a chaotic time of life in which huge mental, physical, social and sexual chanes happen.  People separate from their families. They get new bodies. They redefine themselves. They fall in love for the first time.  It is fascinating. 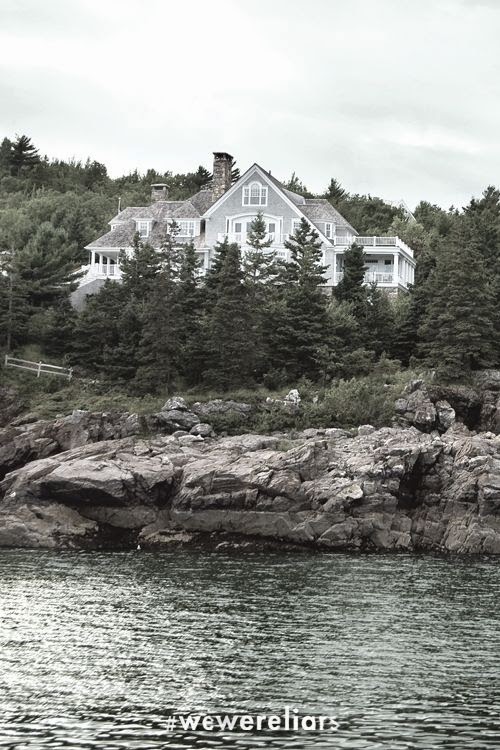 Jaclyn Moriarty is my favorite YA writer.

I love so many. A book that I thought about a lot writing We Were Liars is The Secret History by Donna Tartt.

Read.  A lot.  I know not a single working writer who is not remarkably well-read. It is part of the job. 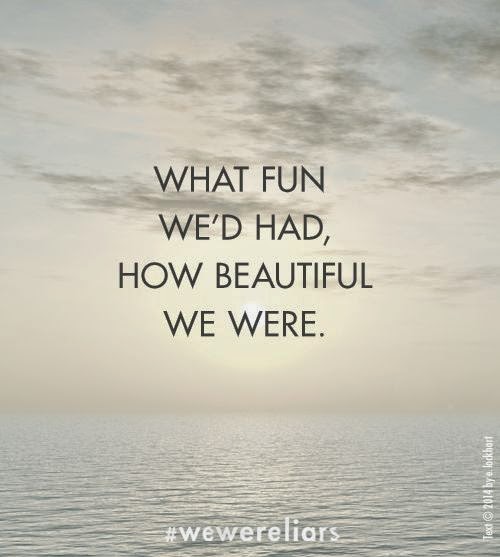 Email ThisBlogThis!Share to TwitterShare to FacebookShare to Pinterest
Labels: E. Lockhart, interview, Q and A