'The Protected' by Claire Zorn 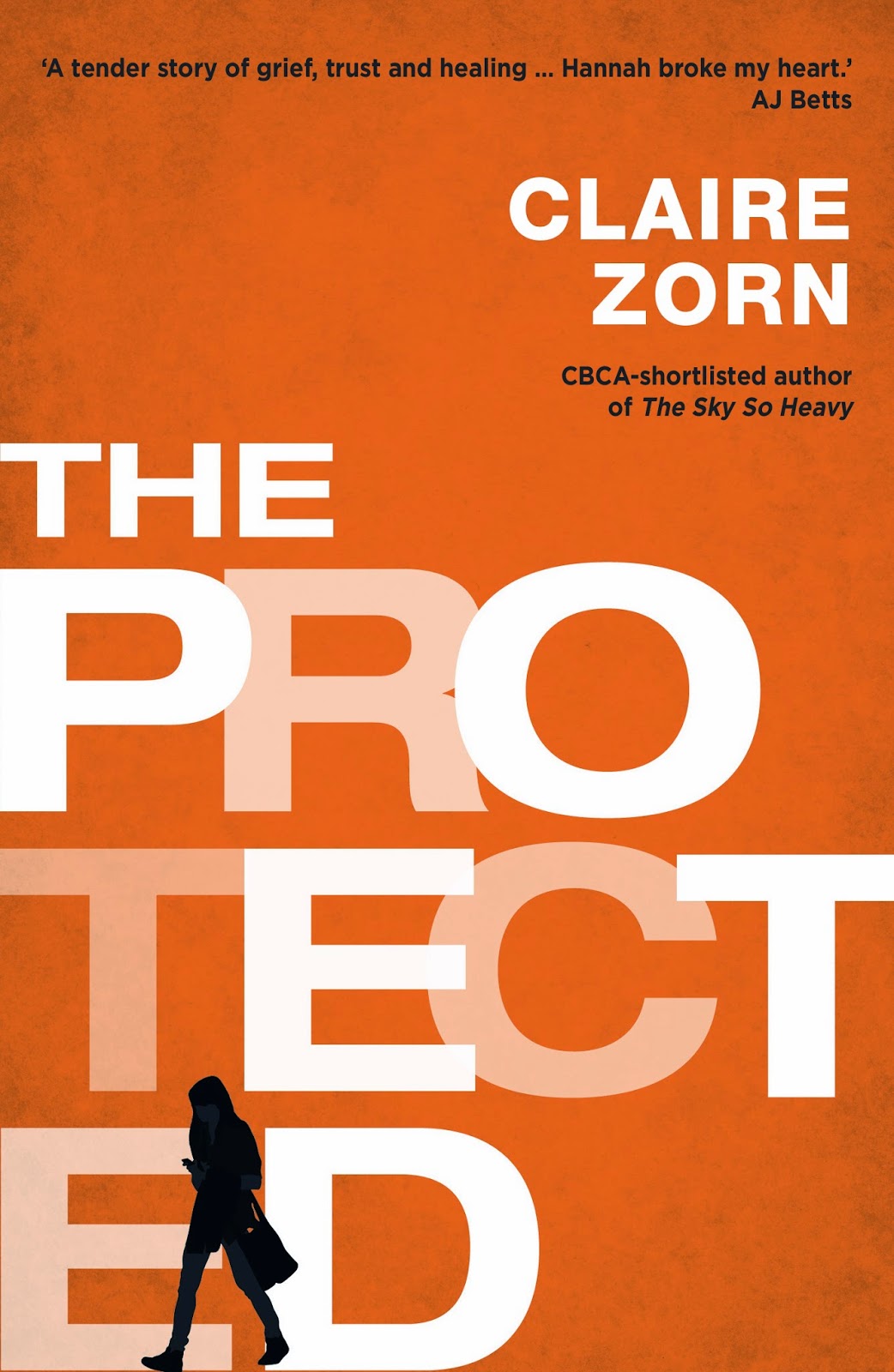 Hannah’s world is in pieces and she doesn’t need the school counsellor to tell her she has deep-seated psychological issues. With a seriously depressed mum, an injured dad and a dead sister, who wouldn’t have problems?

Hannah should feel terrible but for the first time in ages, she feels a glimmer of hope and isn’t afraid anymore. Is it because the elusive Josh is taking an interest in her? Or does it run deeper than that?

In a family torn apart by grief and guilt, one girl’s struggle to come to terms with years of torment shows just how long old wounds can take to heal.

‘The Protected’ was the 2014 contemporary young adult novel from Australian author Claire Zorn.

I hope everyone will forgive me for being late to the Claire Zorn Fan Club. Her 2013 debut YA novel ‘The Sky So Heavy’ went bananas – it was shortlisted for an Aurealis Award and made the Children’s Book Council of Australia Older Readers shortlist, and perhaps most prestigious of all was that last year it also made the Gold Inky shortlist (voted for by teens). But I haven’t read it yet, and I am so ashamed. Which is why I wanted to find my way to her latest YA novel, released last year – ‘The Protected’.

When the book begins it’s nearly been one year since Hannah’s older sister Katie died in a car crash that also left Hannah, and especially, her dad with serious injuries … although Hannah’s are more inward;

When I started reading this I was a bit concerned that it had echoes of other YA plot tropes. There’s a dead sister (‘The Sky is Everywhere’ and ‘Saving June’), and pretty quickly we learn that the dearly-departed was not the nicest person (slightly 'Lessons From a Dead Girl') … but then Claire Zorn does something quite admirable indeed.

Told in Hannah’s first-person we come to realise that her mother has been in a state of depression since Katie’s death, and with an inquest coming up to investigate her father’s possible culpable driving, tensions in the family home are climbing as high as the temperature outside. Hannah has started reluctantly seeing her school counsellor ahead of the inquest, and talking to Anne is bringing up a lot of issues that go beyond Katie’s death – like the fact that before her sister died, Hannah was being severely bullied at school.

From there the story takes on a completely different trajectory – not only is Hannah coping with her grief, but she has a lot of unresolved anger directed at ‘The Clones’ who made her life a living hell before the accident, and at her older sister who wasn’t there for Hannah when she needed her most.

Hannah’s story completely blindsided me – I thought I knew the tropes it was following; but with the realisation of Hannah’s being a victim of serious bullying, there comes a far sharper and more complex narrative. The students who were so cruel to Hannah suddenly stopped after she became ‘the sister of the dead girl’ – but that left her with so much unresolved hurt, anger and bitterness that’s further confused by Katie’s failure to protect her little sister, and of course by her death and the repercussions since (particularly on her parents’ increasingly strained marriage).

‘The Protected’ does very well to remind readers that death and grief are never clean-cut, easy things. Screw the ‘Ten Stages of Grief’, because these feelings don’t follow rhyme or reason. Hannah really has to realise that the events ‘before’ are just as deserving of her grief and heartbreak as what came ‘after’ she lost Katie and her family changed forever.

There were a few things I didn’t love in this book – an over-reliance on school counsellor Anne and a kindly neighbour called Mrs Van to help Hannah acknowledge and eventually overcome her grief, for instance. I’m never a huge fan of adults being a young protagonists’ saviour … but at the same time there were a lot of ‘before’ events in which adults failed to help Hannah, so in a way it was nice that she could eventually come to trust and even rely on them again. More powerful, I thought, was the introduction of a new student at Hannah’s school – a boy called Josh who is the first person to venture beyond Hannah’s grief and attempt to reach out to her. This isn’t a big, flashy romance – it’s realer and more subdued than that, and the value in Josh’s friendship is far greater for Hannah’s healing.

I really loved Claire Zorn’s ‘The Protected’. It caught me off guard as a messier and beautifully raw examination of grief, anger, and hurt. Here is a story about the fragility of an already fractured family, interspersed with truly powerful commentary on school bullying. Consider me a proud new member of the Claire Zorn fanclub. 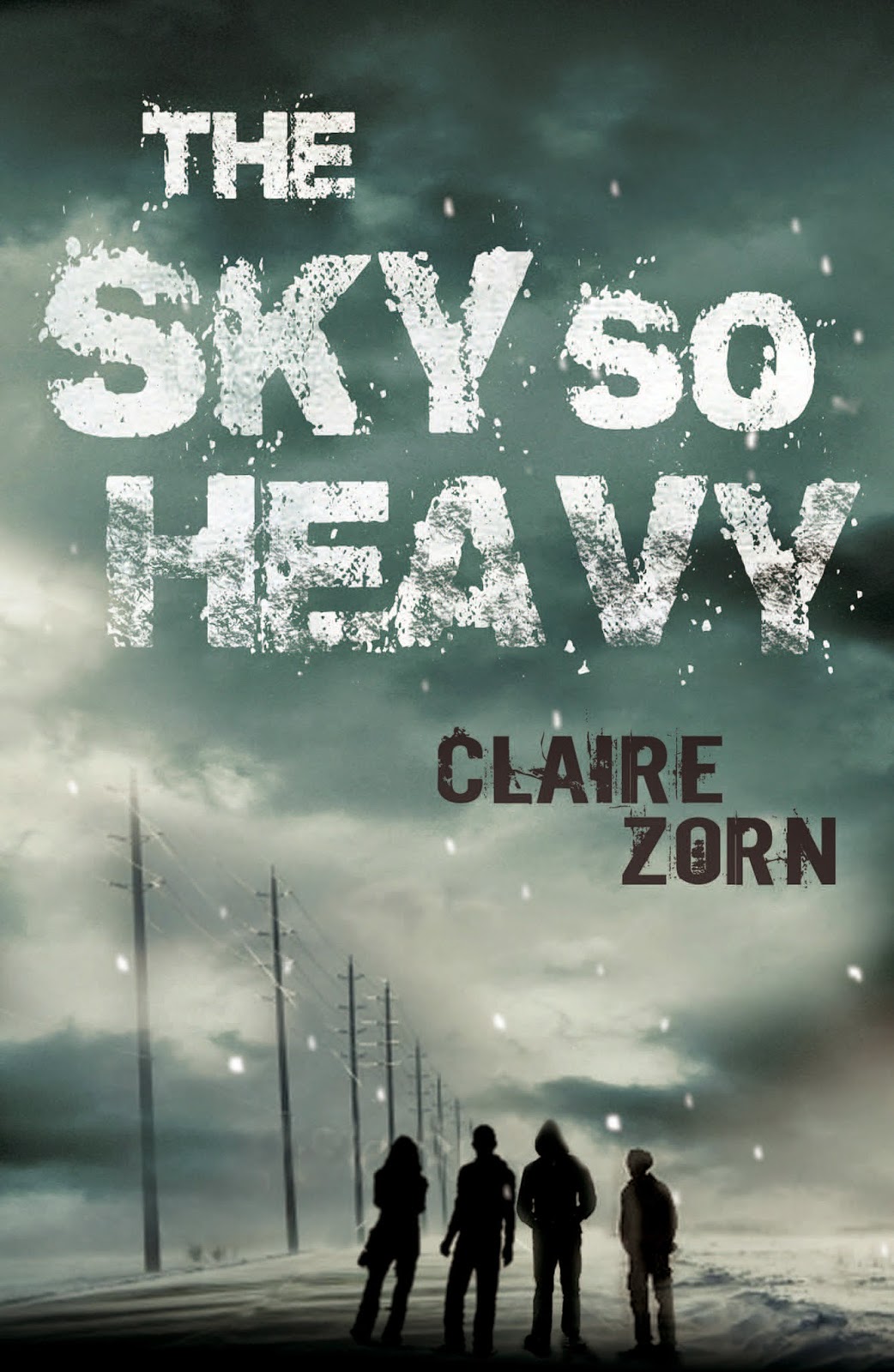