'If I Stay' movie review 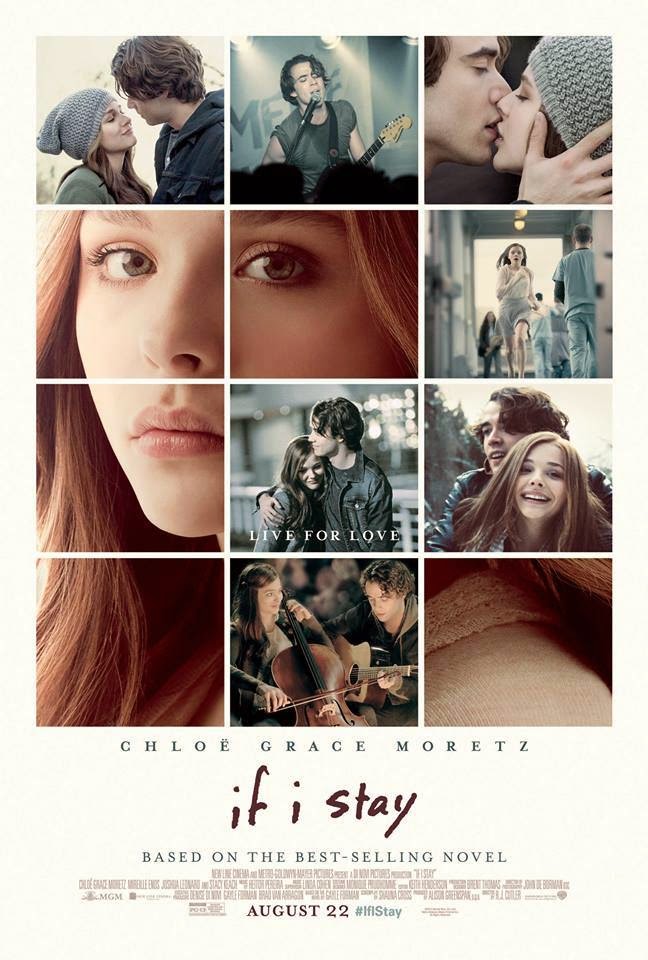 Life changes in an instant for young Mia Hall after a car accident puts her in a coma. During an out-of-body experience, she must decide whether to wake up and live a life far different than she had imagined.
The choice is hers if she can go on.

If I Stay is the 2014 movie adaptation of Gayle Forman’s bestselling young adult novel, and the movie was released on DVD in February this year.

I remember seeing this in cinemas last year and being fairly underwhelmed. But to be fair, Forman’s book has become sort of a modern YA-classic since its release in 2009 and probably from the moment that it hit shelves, fans have wanted a movie adaptation. Couple this with the book’s inherently tricky narrative – our protagonist Mia is narrating from a comatose state and weaves the story between her past (centered on her family, and falling for a boy called Adam) and her present, lying in a hospital bed after the accident which has just killed the rest of her family … it’s kind of a recipe for an underwhelming film adaptation.

I did cry during the movie, but came away with that frustrating slogan ringing in my head: “the book was better.”

So, I thought I’d re-watch the film on DVD, and give it a second chance – maybe I judged too quickly, or as too big a book-nerd. But, alas, no matter how much I wanted to be more open-minded and less judgmental upon my re-watch … I just can’t like this film very much.

Chloë Grace Moretz plays Mia Hall, and I didn’t love her in the role. Moretz’s performance wasn’t helped by some fairly clunky dialogue – particularly around transitions between flashback and hospital scenes. I can’t quite put my finger on it, except to say that in these serious roles Moretz playing coy girl-next-door comes across as frustratingly contrived and not at all natural. By comparison, Shailene Woodley in The Spectacular Now was more what I was hoping for from Mia and the whole movie … actually, something that struck me about The Spectacular Now was how natural the film looked. Miles Teller and Shailene Woodley looked like regular teens, and there was no make-up or artifice to them physically or theatrically. Perhaps it’s because If I Stay has such tragedy at its centre that the filmmakers really wanted to emphasize the surreal – almost magical realism – quality to the story. But in reading the book the opposite actually came across to me, that Mia’s reflections on her family and first love were how she found the strength to go on – finding the beauty in the ordinary.

It’s also the fact that Moretz was out-performed by just about everyone around her. When I first saw Jamie Blackley cast as Adam, my biggest hurdle was trying to picture him in the most recent version of Adam that Gayle Forman wrote in sequel book, Where She Went. But actually he brings the naturalism to the role that I was hoping Moretz could convey – he’s not drop-dead-gorgeous, but Adam isn’t mean to be. His gravitas comes from his talent, and I think Blackley was true to that. 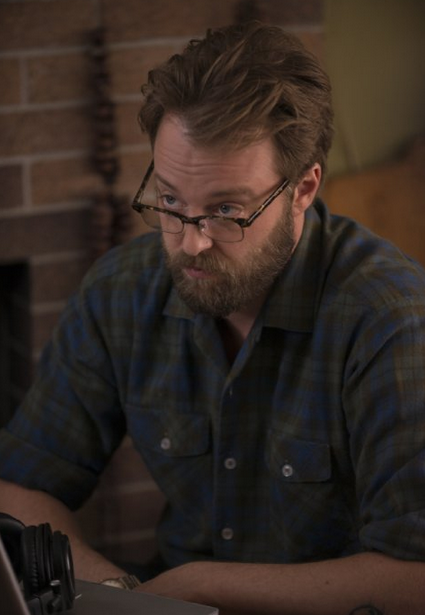 The real stars of the movie though were the adults … which could be seen as a real shame in a young adult adaptation, but I can’t hold any grudges against Mireille Enos and Joshua Leonard, who play Mia’s ex-rocker folks. And Stacy Keach who has a small, but impactive role playing Mia’s Gramps. Again, Enos and Leonard bought a natural, free-spirited kindness to their roles – and any scenes of just the two of them were the most touching. One in particular involves them sitting outside a younger Mia’s room as she practices the cello for hours on end, and the two of them marvel at being the creators of this obsessive, talented creature. I found myself liking Moretz’s Mia more (but only slightly) because of them – any family scenes were elevated by having them in it.

The screenplay – written by Shauna Cross – never really accomplished the hardest task of smoothly transitioning the trickier bits of Forman’s plot. It often relied on Moretz’s voiceover orienting viewers on the medical goings-on of her family, and a cheesy “white light” appearing in the hospital hallway amidst flashback scenes of Mia’s life. That it was quite cheesy was the biggest problem, because the book never was.

I also think that director R.J. Cutler went for the wrong look in this movie. It is very blockbuster, melodrama – but some scenes, like those showing the Hall family life, were quieter and stronger for it. It’s also a shame that the film wasn’t shot in Portland (it was British Columbia, Canada instead). Look, I obviously don’t know Portland (I do watch Portlandia though!) but I do remember that in the book the city was a character unto itself – not least because of Mia’s parents and Adam’s intense love of music that is both fed and impacted by the musical city around them. And I wasn’t the only one who was disappointed by the lack of Portland – Anna Klassen for Bustle wrote a great article on the matter. 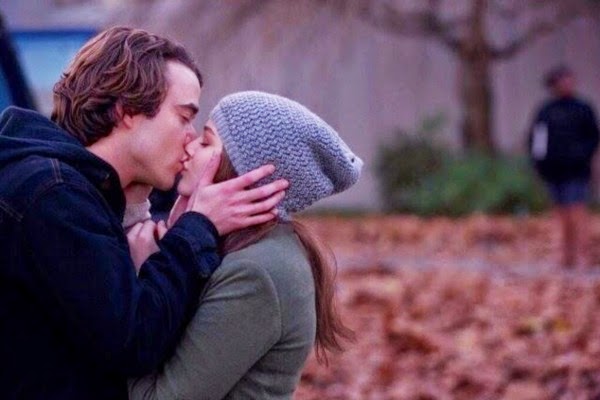 I did cry the second-time round, which is probably a good thing in a film that’s entirely designed to tug on the heartstrings. But I maintain that most of my tears at the end were bought on for Stacy Keach’s beautiful performance as Gramps. At the end of the day I do really only like the film for four people – Keach, Mireille Enos, Joshua Leonard and maybe even Jamie Blackley a little bit. I do think a lot of what let the film sink into mediocrity was Chloë Grace Moretz being miscast, the lack of Portland and a too-ritzy shine on R.J. Cutler’s overall look, that’s more powerful in quieter moments. And, yeah, the book was better.