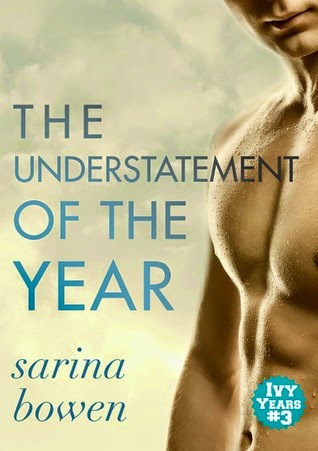 Five years ago, Michael Graham betrayed the only person who ever really knew him. Since then, he’s made an art of hiding his sexuality from everyone. Including himself.

So it’s a shock when his past strolls right into the Harkness College locker room, sporting a bag of hockey gear and the same slow smile that had always rendered Graham defenseless. For Graham, there is only one possible reaction: total, debilitating panic. With one loose word, the team’s new left wing could destroy Graham’s life as he knows it.

John Rikker is stuck being the new guy. Again. And it’s worse than usual, because the media has latched onto the story of the only “out” player in Division One hockey. As the satellite trucks line the sidewalk outside the rink, his new teammates are not amused.

And one player in particular looks sick every time he enters the room.

Rikker didn’t exactly expect a warm welcome from Graham. But the guy won’t even meet his eyes. From the looks of it, his former… best friend / boyfriend / whatever isn’t doing so well. He drinks too much and can’t focus during practice.

Either the two loneliest guys on the team will self destruct from all the new pressures in their lives, or they can navigate the pain to find a way back to one another. To say that it won’t be easy is the Understatement of the Year.

‘The Understatement of the Year’ is the third book in Sarina Bowen’s New Adult romance series, ‘The Ivy Years’.

‘The Ivy Years’ has fast become one of my favourite romance series, ever. Sarina Bowen hasn’t simply set her New Adult series inside an elite American college, she’s using that microcosm setting to explore serious issues – sometimes ripped from the headlines.

From first book ‘The Year We Fell Down’ which featured a disabled heroine, to second book ‘The Year We Hid Away’ with a plotline that echoed the Jerry Sandusky/Penn State sex abuse scandal. Latest and fourth book ‘The Shameless Hour’ even deals with slut-shaming and the rape culture on college campuses. Third book ‘The Understatement of the Year’ focuses on the inherent machismo in the sporting culture at school, by introducing an openly gay player to the Harkness hockey team.

John Rikker has transferred schools after he was intensely bullied by his teammates for his sexual orientation. There are those who welcome him to the Harkness team, and the odd teammate like his previous who are unimpressed with his transfer. Then there’s Michael Graham who is so thrown by Rikker’s appearance on his team, that it sends him into a hate-spiral. Because Graham and Rikker knew each other once, and they certainly both know Graham’s biggest secret that no amount of casual sex with enthusiastic female freshmen can keep buried … Graham is gay, and as a teenager was in a relationship with Rikker.

I loved this book. Rikker and Graham had such seemingly insurmountable odds stacked against them, that were all the more heart-wrenching because they stemmed from Graham’s fear and self-loathing. But is it any wonder Graham is so fearful – when satirical newspaper ‘The Onion’ highlights the absurdity in the sport’s lack of diversity with a headline like “Report: NHL Actually Has Had Hundreds Of Openly Gay Players For Years.” Being an Australian, I must admit I’m not exactly up on the NHL – but I believe it remains the only league without representation, when the likes of basketball player Jason Collins and Michael Sam from the NFL are openly gay players. The lack of representation is something that Bowen absolutely touches on, like in this scene between Rikker and team manager Bella:

She chewed her lip. “Yeah, in the movies, the athlete wins the big game, right? And then he cries at the press conference and reveals to the world that he’s gay.” She put a hand over her heart. “And the team is, like, ‘we love you just the way you are!’”
“I’m pretty sure that movie hasn’t been made yet.”

And Graham is even more spooked to start confronting his own sexuality when he sees the way some of his team treat Rikker. For his part – and an overarching theme that Bowen touches on again and again – Rikker doesn’t want his sexuality to be the most interesting thing about him;

I usually left early, quitting while I was ahead. It wasn’t exactly healthy, the way I still felt like I was apologizing for myself half the time. But there was no road map for being me. I was operating under the vague assumption that if I played really great hockey this season, things would just get easier. My teammates might accept me as a true friend, rather than That Gay Guy who can make tape-to-tape passes.

Because everybody loves a winner, right?

I loved that while Bowen touched on the big issues in this book, Graham and Rikker’s is ultimately a sexy as hell love story. For all the turbulence of their affair, Bowen pays readers back ten-fold in the romantic peaks. They are now, quite possibly, my favourite of all the romantic pairings in ‘The Ivy Years’.